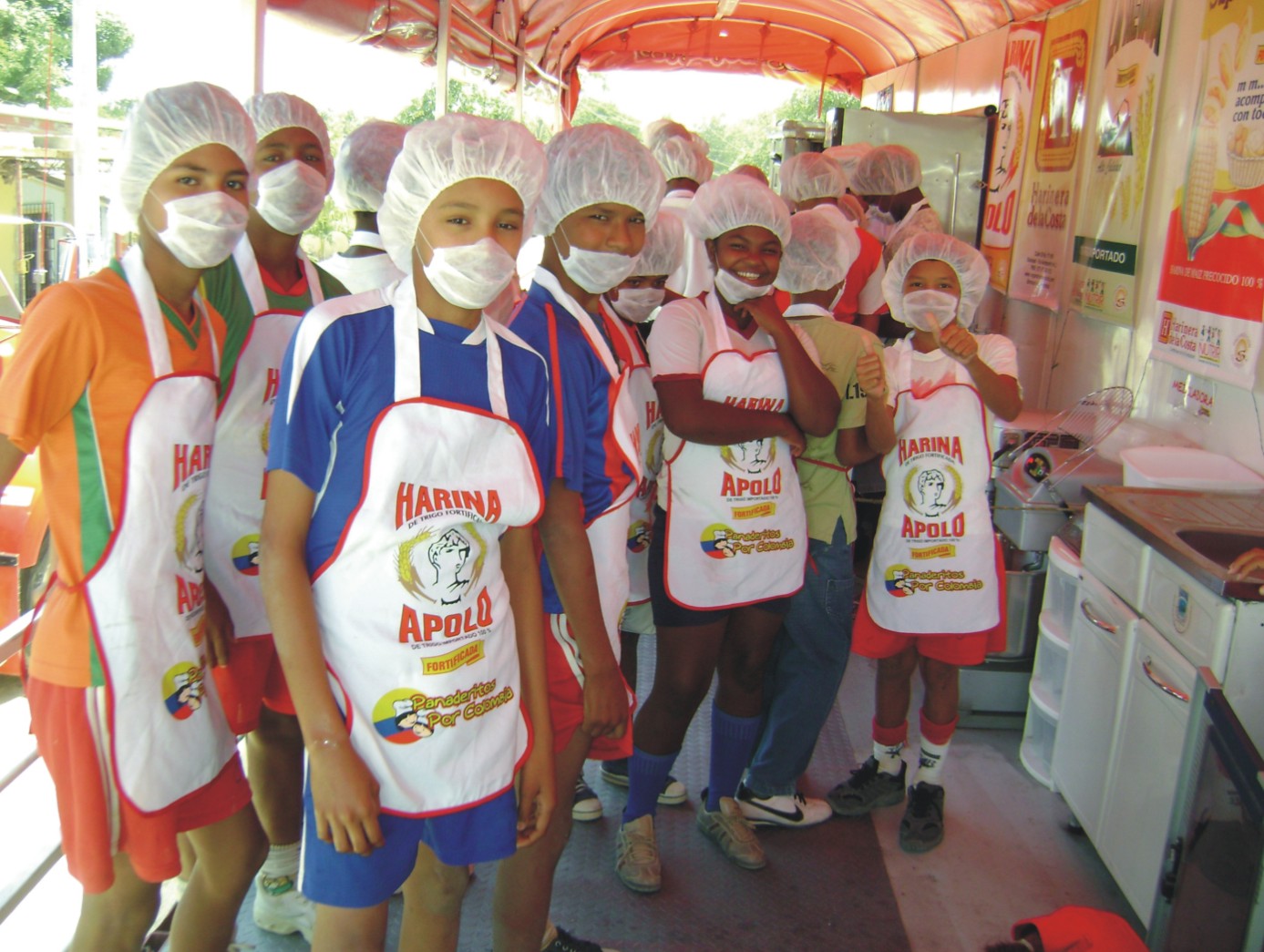 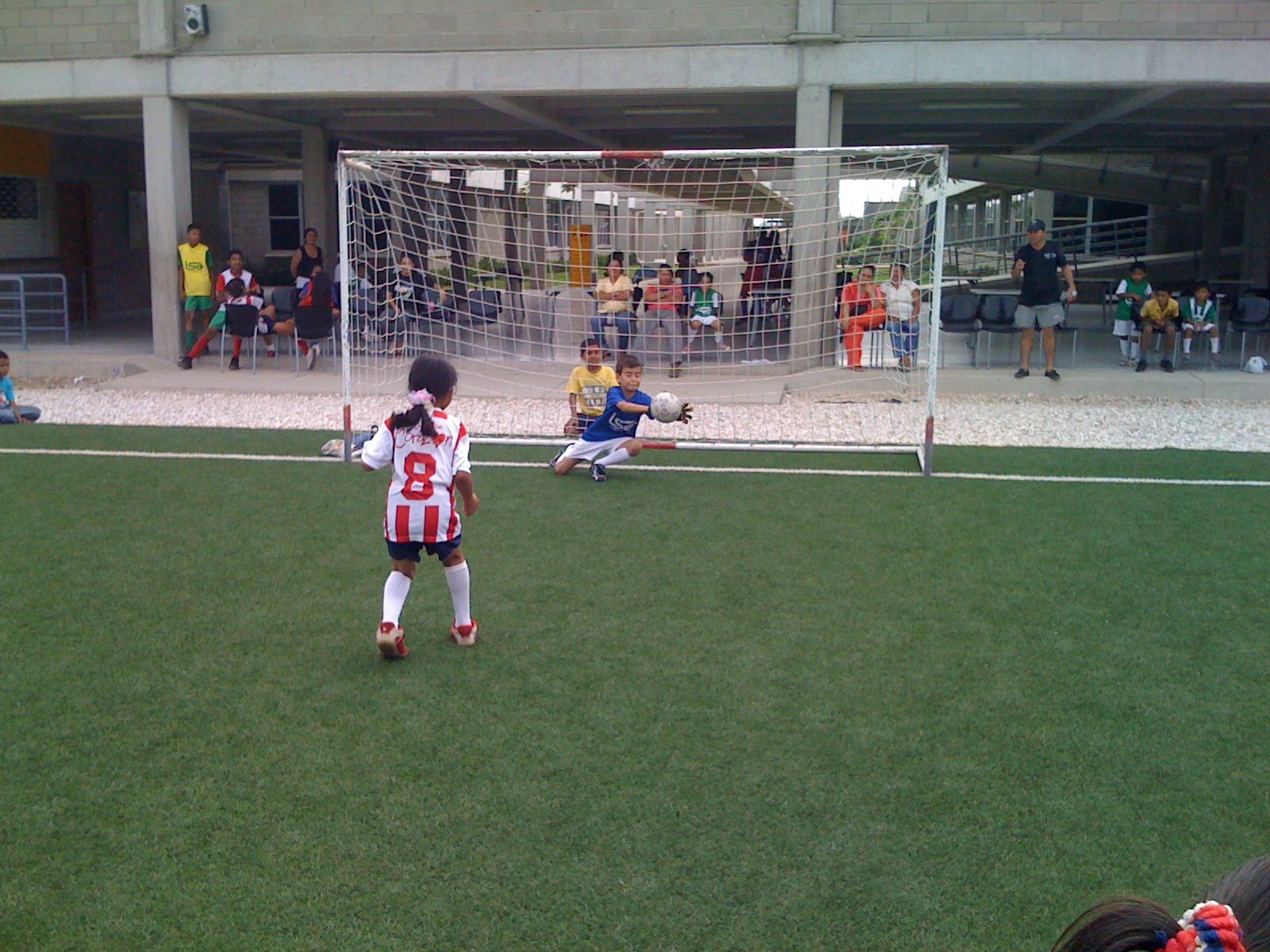 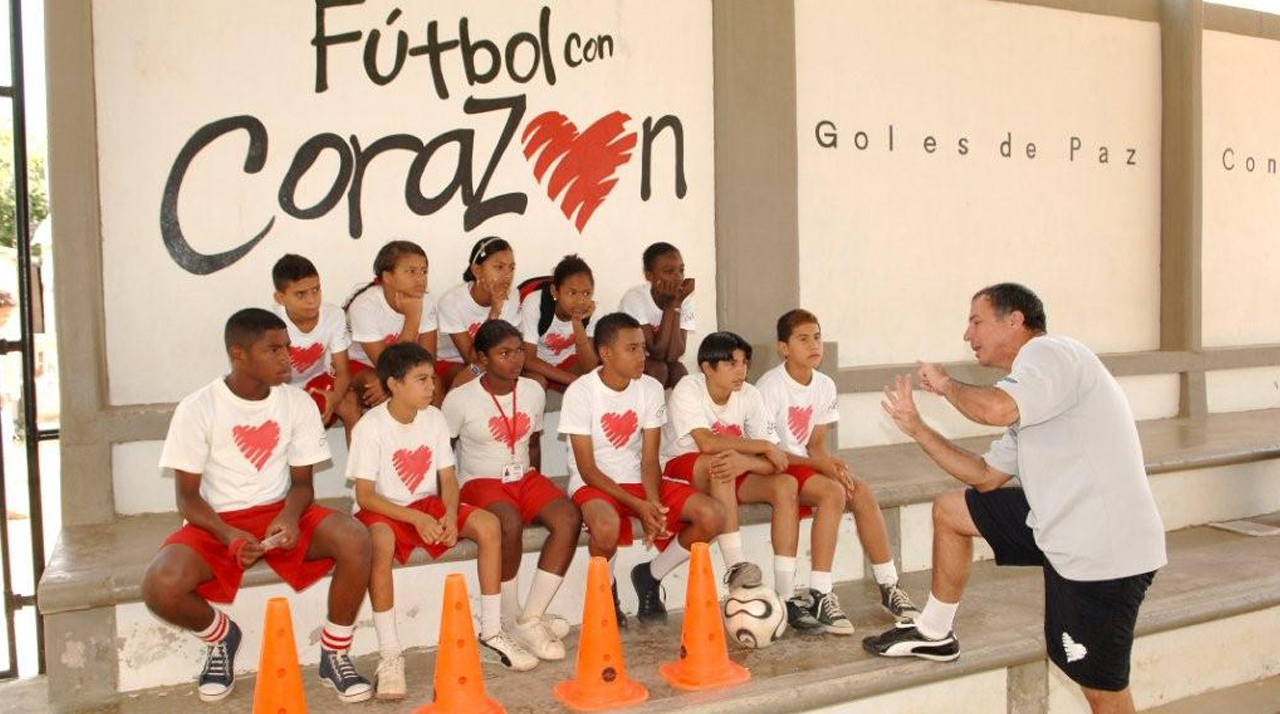 When a child joins Fundacion Futbol Con Corazon, she knows that she will not be playing “soccer as usual.” The “soccer for peace” methodology calls for mixed girl-boy teams in various age categories, a practice that is alien to the social context in which the children live. Twice a week, they engage in experience-based values workshops, which emphasize four core values to be demonstrated on the playing filed: honesty, solidarity, respect and tolerance.Soccer games last three periods: during period one, players agree to specific behaviour standards; the second period involves play; and the third period focuses on self-evaluation.

A minimum of two girls and two boys play per team. Additional rules: