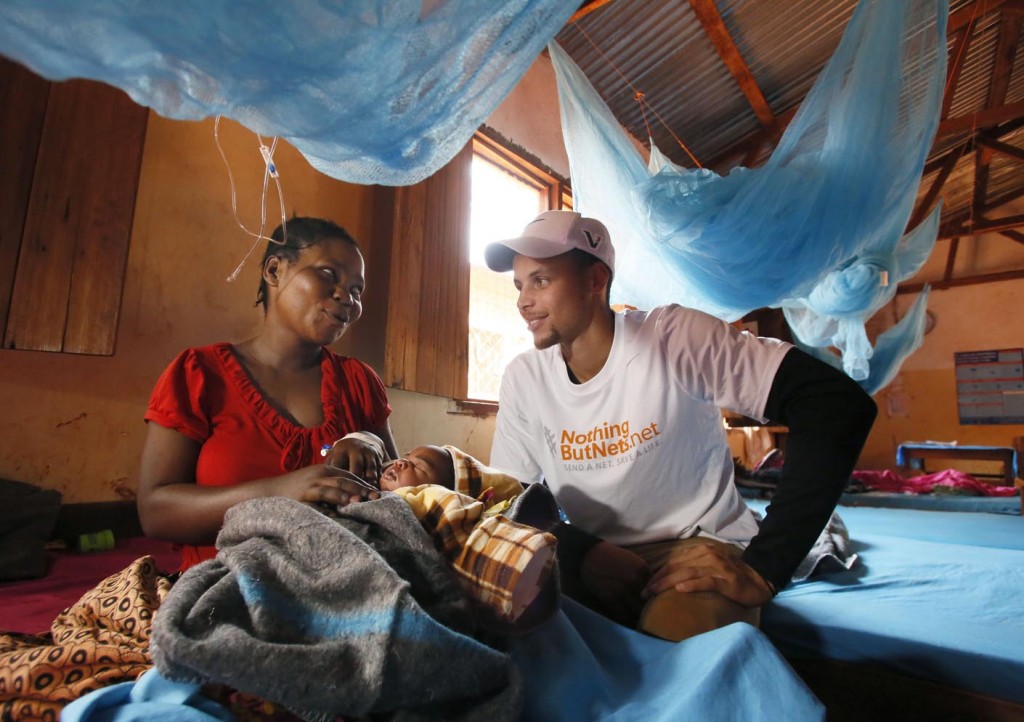 For the fourth consecutive year, Curry has been a champion for the Nothing But Nets campaign, a grassroots initiative aimed at protecting children in Africa from malaria. For each one of his three-pointers, Curry sends three insecticide-treated mosquito nets to sub-Saharan Africa, good for 3,663 nets over the past four seasons.

In 2013 Curry travelled to Tanzania with Nothing But Nets and Sports Illustrated columnist Rick Reilly to distribute bed nets in a refugee camp and see his work first-hand. It was Reilly’s initial column on the back page of SI that brought attention to the issue, in which he challenged readers to donate $10 to send nets.

The Warriors have contributed funds and Curry has even inspired several Detroit Pistons players to join the cause, but the reigning MVP’s platform still hasn’t been leveraged to its full extent.

That’s why Curry, with support from Malaria No More and USAID, helped launch the Call Your Shot campaign prior to World Malaria Day (April 25)

The concept is simple: film – and make – your version of a trick shot (basketball or otherwise), share it with the #CallYourShot hashtag and challenge your friends to donate at CallYourShot.org

President Obama, who has worked with Curry on other initiatives and is adamant about making this a legacy issue, mentioned the fight against malaria in his final State of the Union.

The concept was years in the making. Curry first went to the White House in February 2015 to speak on behalf of the President’s Malaria Initiative, which has increased its annual appropriations to effected areas since 2009.

They kept the conversation going later in August when the two golfed together … and Obama chauffeured the newly-crowned NBA champion. The Warriors were honoured at the White House in February, and Obama singled out Curry, who had scored 51 points on 11 three-pointers the night before.