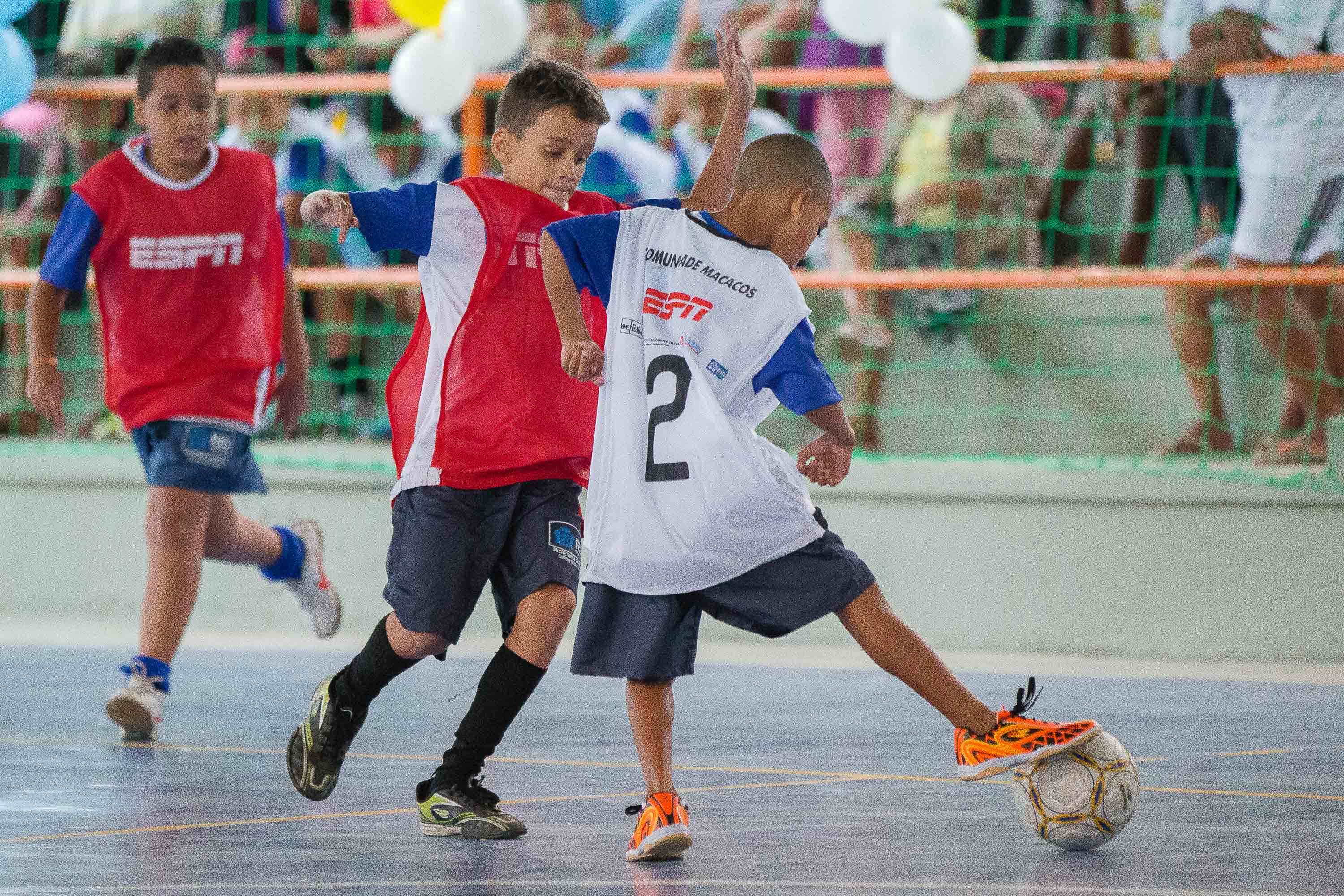 Built by community volunteers and ESPN employees, the new safe play space will be the home of sustainable programs teaching young people employability skills through sports.

Community leaders, residents, government officials and special guests gathered in Morro dos Macacos, Rio de Janeiro, on Saturday to participate in the opening of a new multifunctional sports court dedicated to the local community and its residents. The global project was led by ESPN and community organizations love.fútbol, A Ganar, and INATOS. 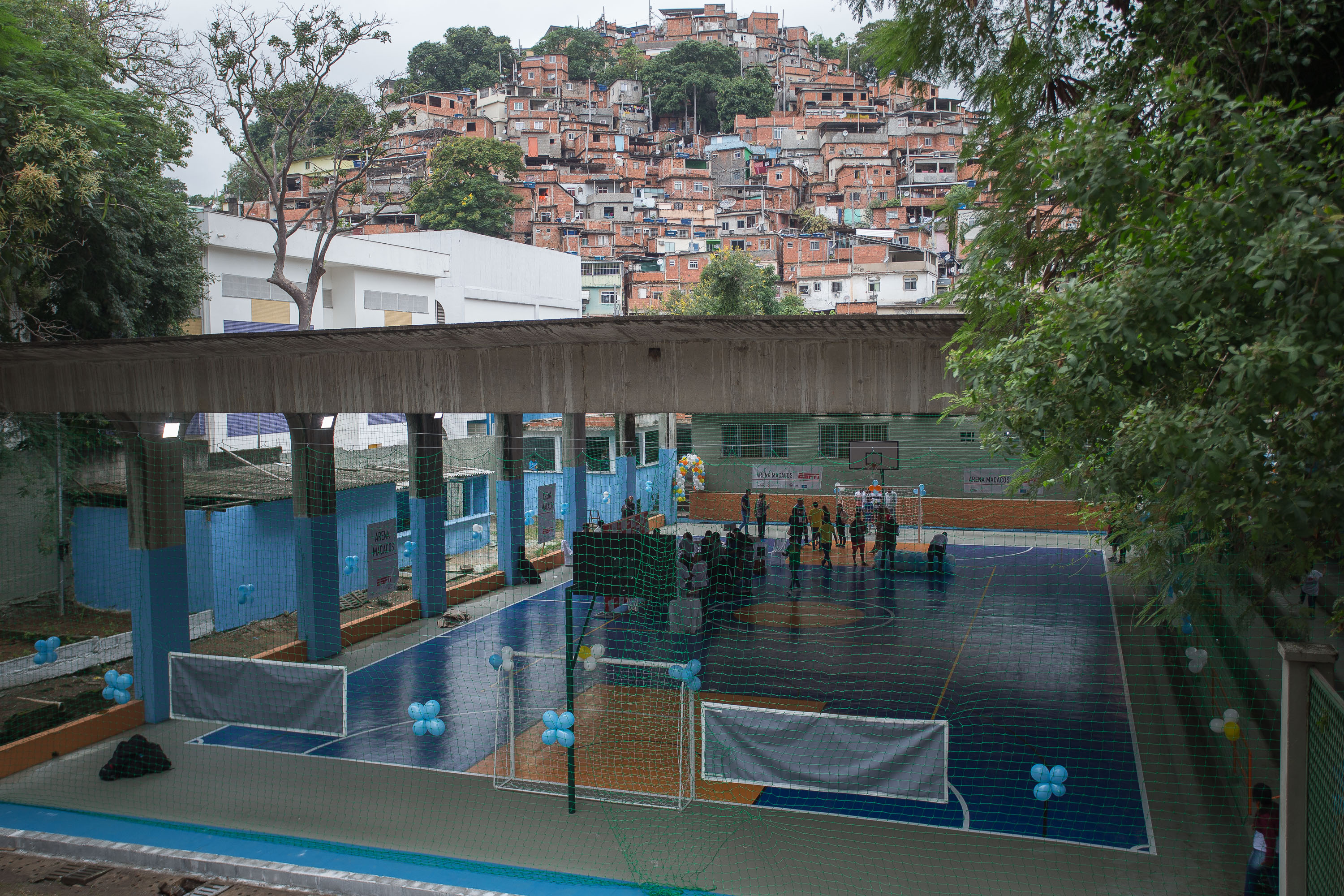 The court and surrounding area, refurbished with the help of community members and ESPN employees, will be the home to ongoing programs for young people in the community where they will learn job skills and be empowered to fulfill their potential, all through the power of sports.  The program was developed by award-winning organization A Ganar, which provides communities across Latin America with training and skills that lead to employment through soccer. 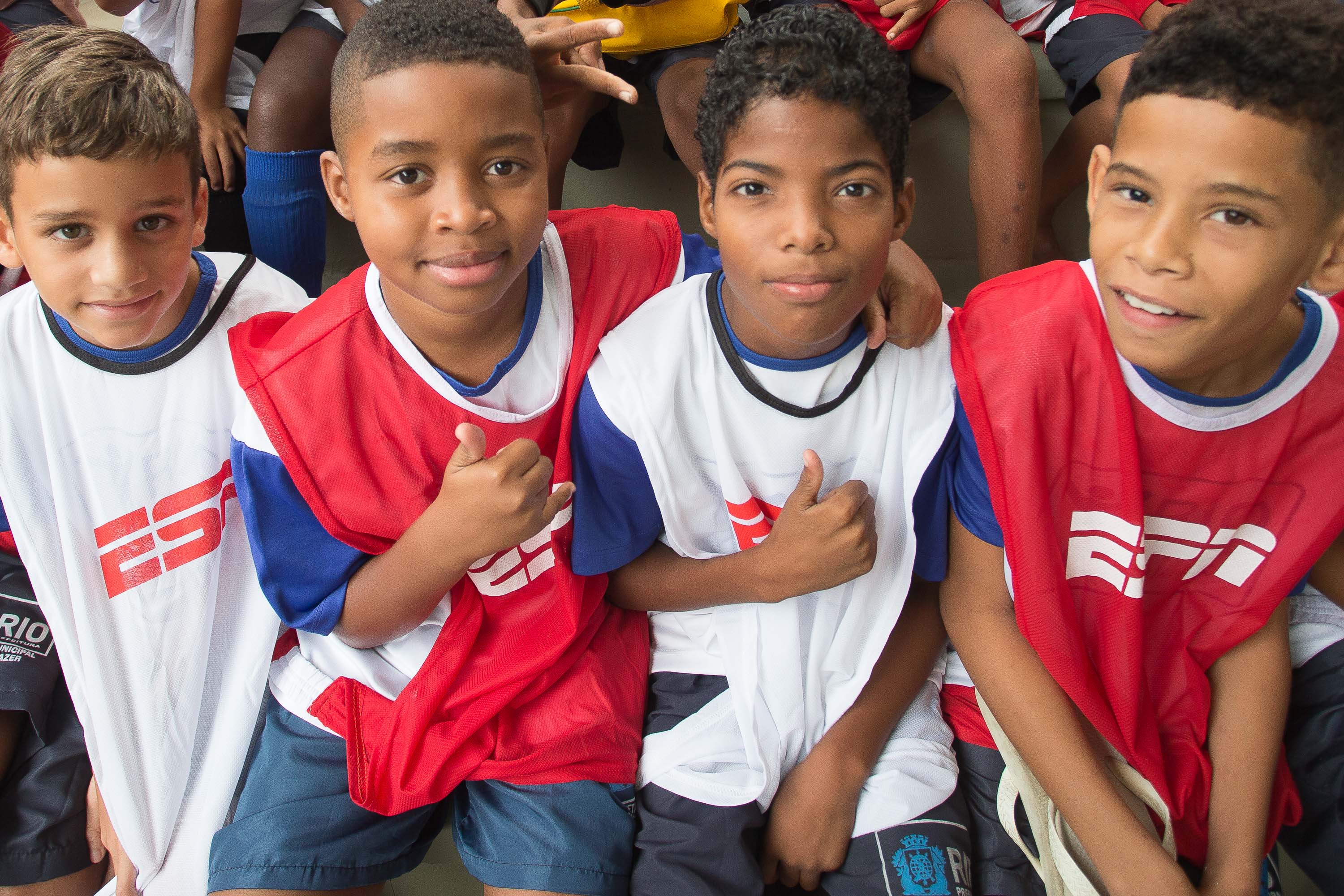 Hosted by ESPN Brasil talent, Juliana Veiga and Gustavo Hofman, the event included cultural performances by local kids and samba schools, as well as special recognition of community members who volunteered their time to the project. 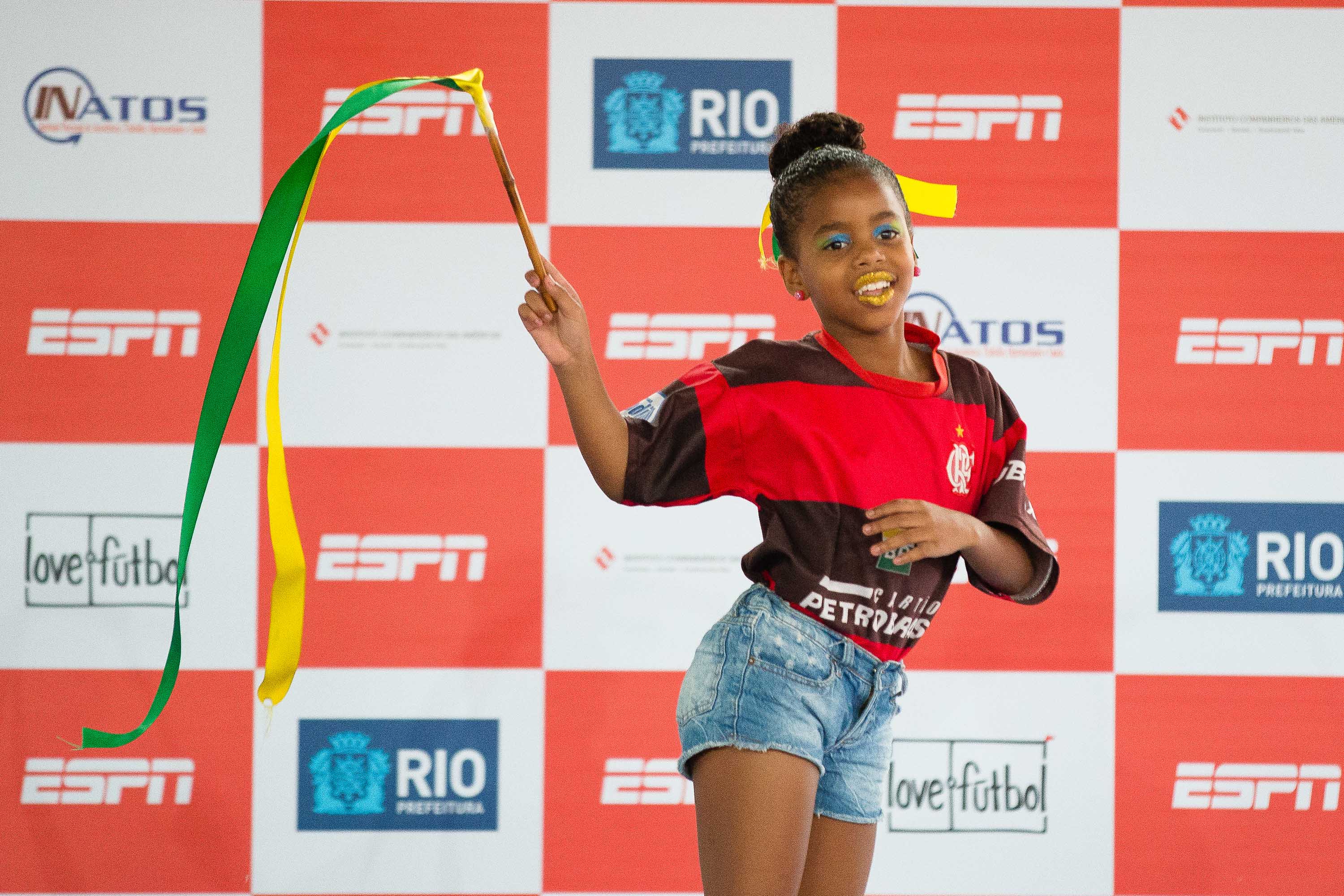 “It is in ESPN’s DNA to help disadvantaged communities, promoting social action through sports,” said German Hartenstein, general manager of ESPN Brasil. “We believe in the power of sports in the formation of citizens and so it is an honor to open this space that will contribute to the development of children and teenagers.” 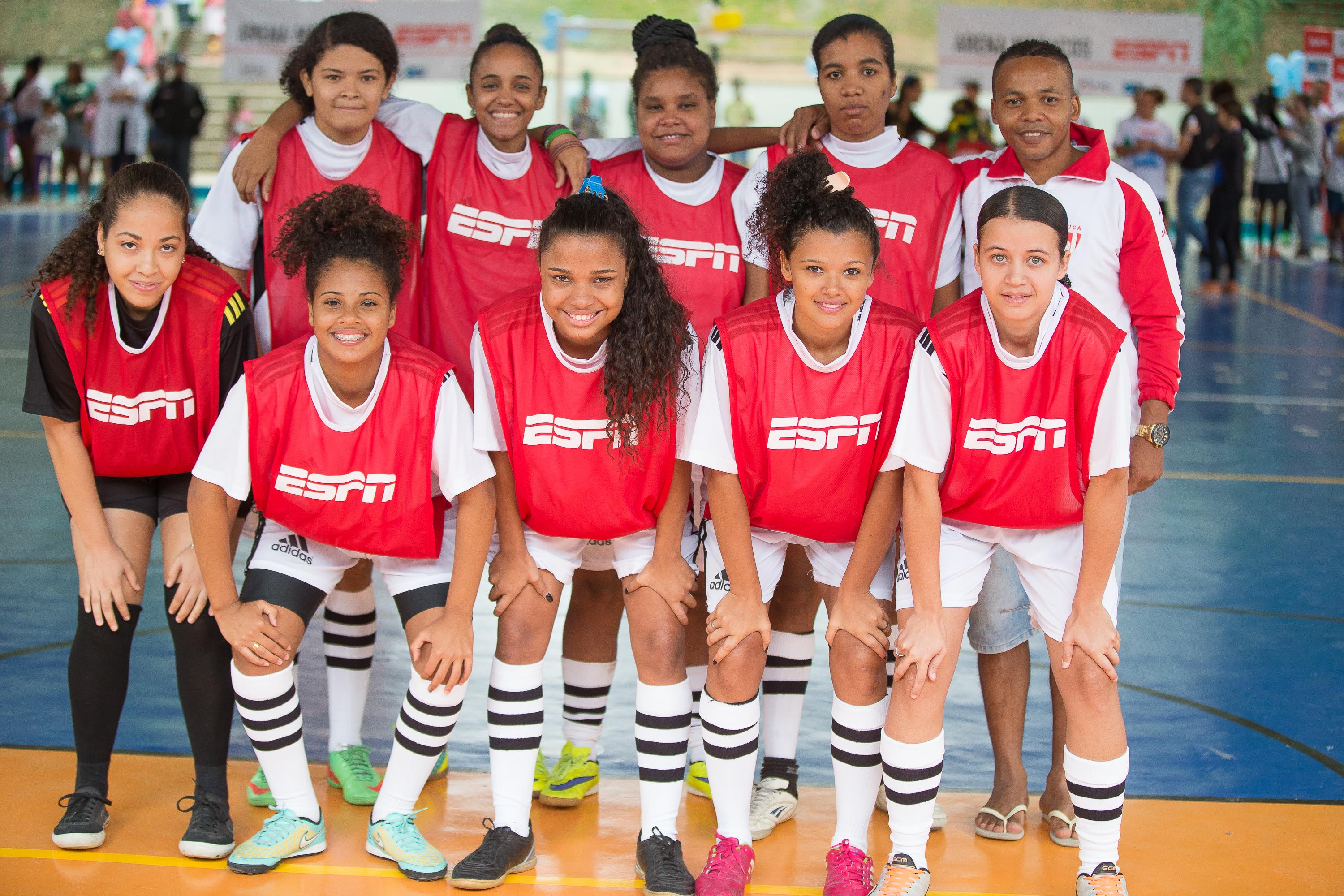 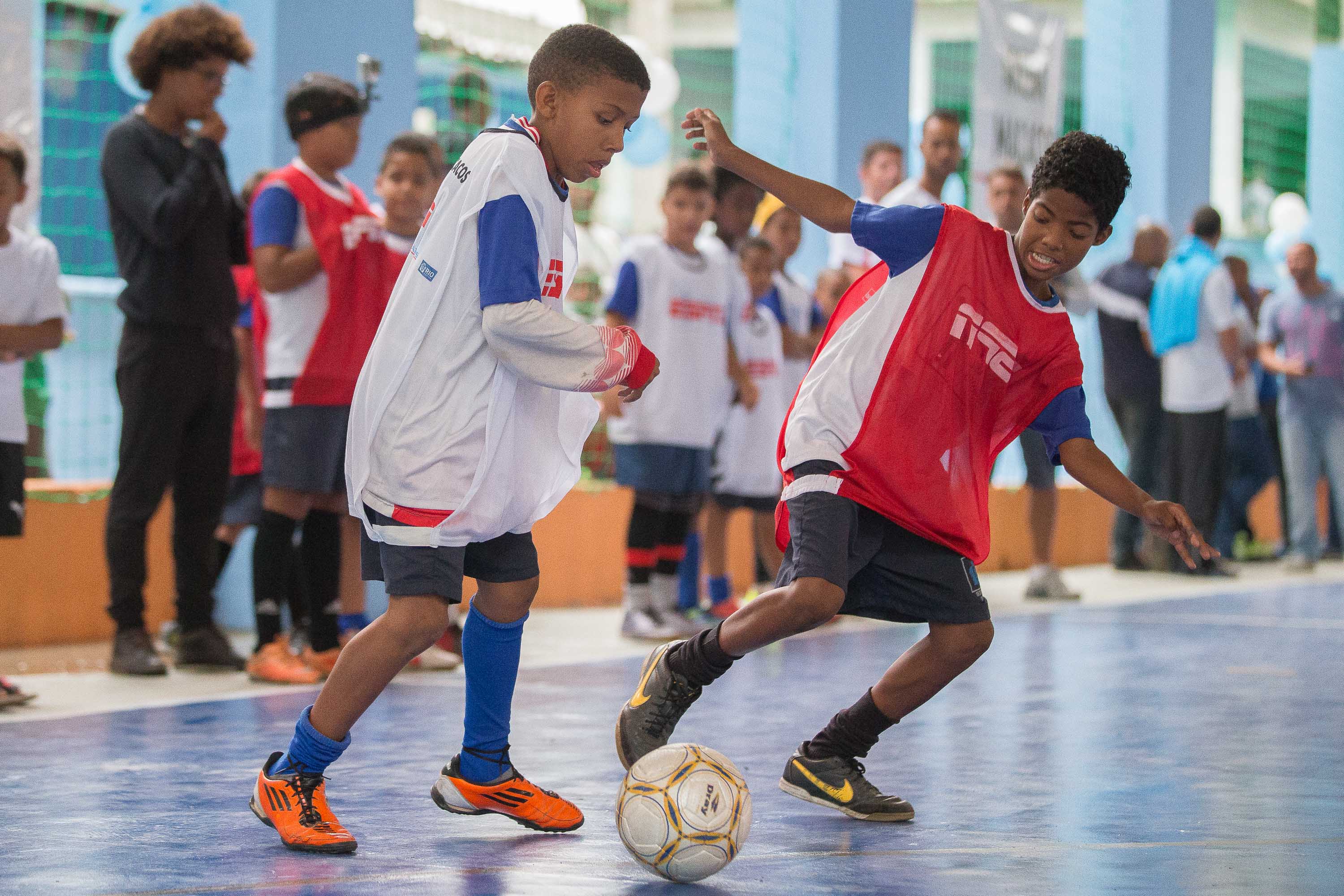 “ESPN is committed to providing resources to kids in Rio de Janeiro to play sports,” said Russell Wolff, executive vice president and managing director, ESPN International. “We are pleased to collaborate with love.futbol, A Ganar, and INATOS to build this court in a community where there is a need as it can make a difference." 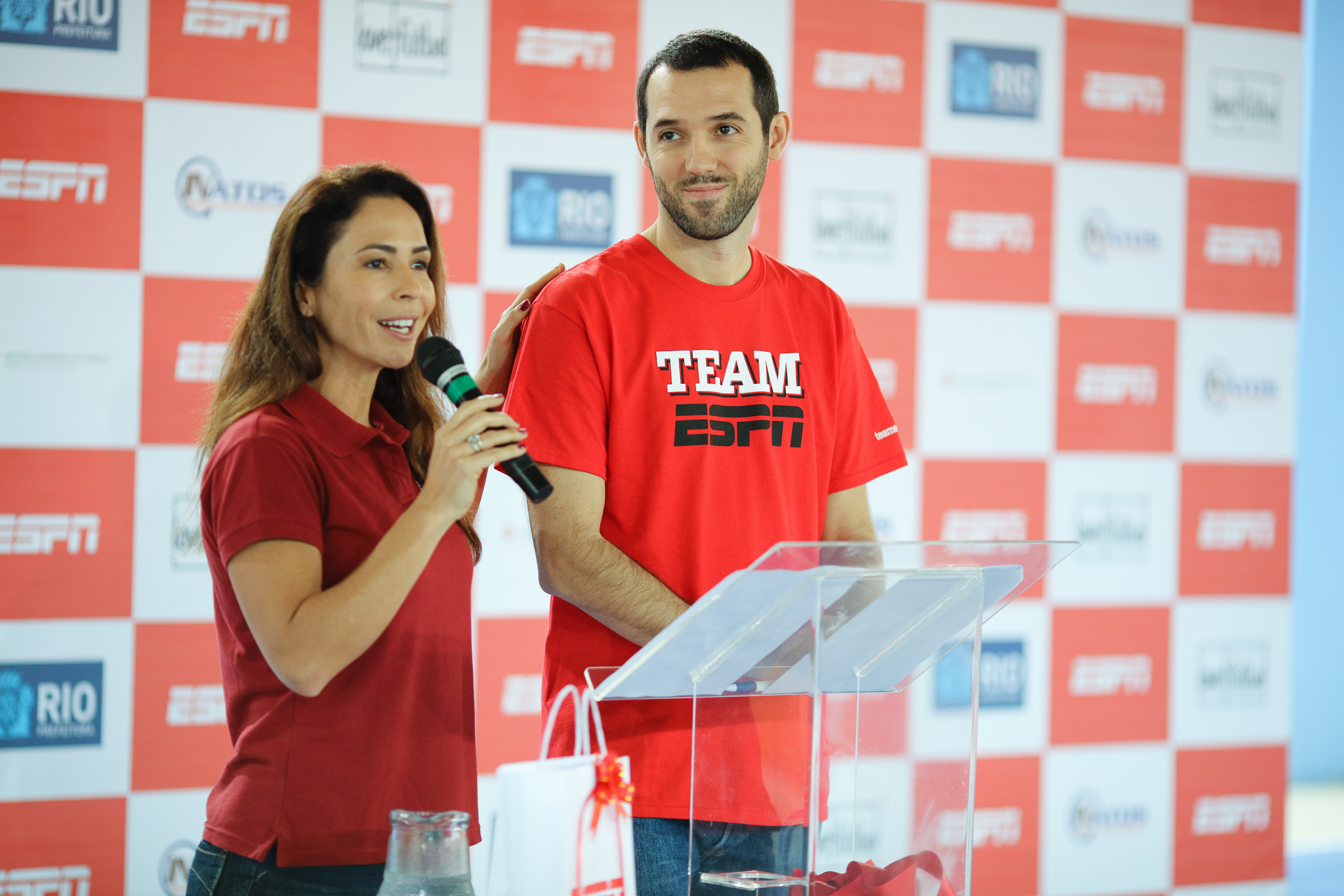 Morro dos Macacos is home to nearly 15,000 residents and has some of Rio’s lowest rankings in income and education. love.futbol, which builds community sports facilities all over the world, helped to select the location for the new court, working closely with local municipalities, as well as INATOS, a local organization with more than 20 years of experience providing services to the community. The collaboration helped to create a true sense of ownership of the space by the community, enabling ongoing, sustainable and impactful use. 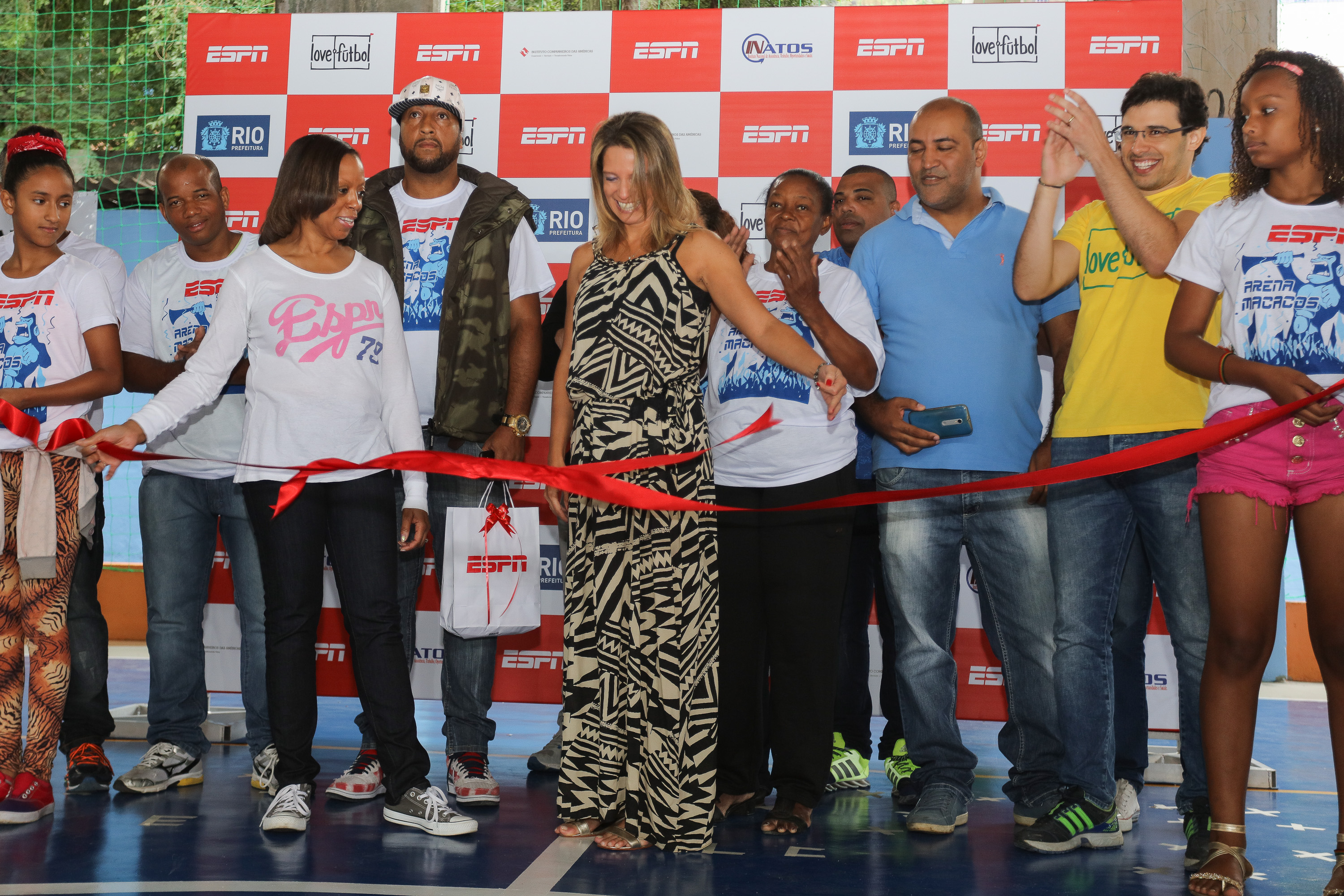 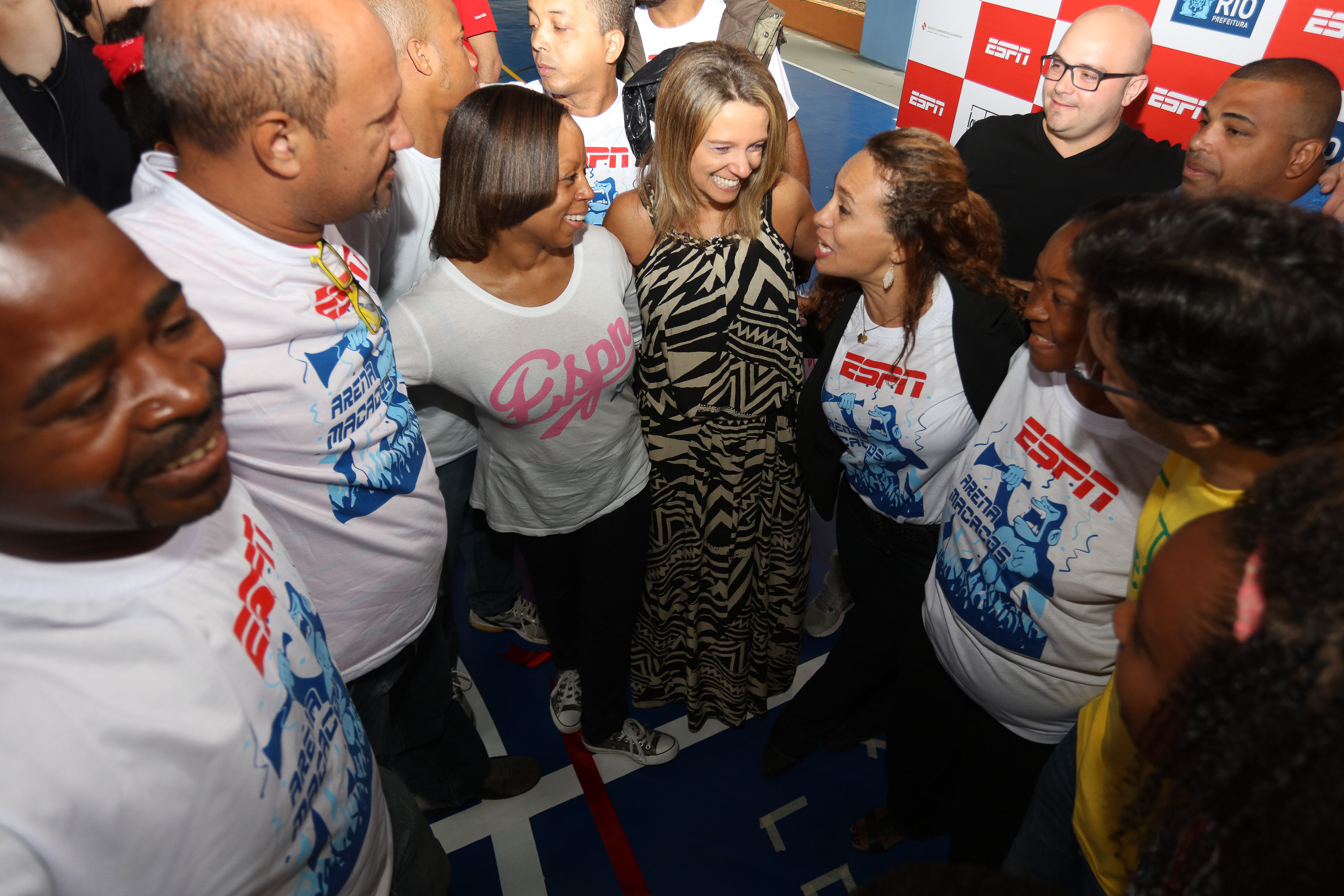 About ESPN Corporate Citizenship: ESPN believes that, at its very best, sports uplifts the human spirit. Its corporate citizenship programs use power of sport to positively address society’s needs through strategic community investments, cause marketing programs, collaboration with sports organizations and employee volunteerism, while also utilizing its diverse media assets. For more information go to www.espn.com/citizenship.

About ESPN Brasil: Founded in 1989, ESPN Brasil, part of ESPN International, a division of Walt Disney Company, reaches 10 million households in the country. ESPN Brasil is recognized by its sports variety and credibility, positioning the brand as the multi-platform channel for the fans passionate about sports. It presents popular local and regional sports programming, and major international sporting events, through its multimedia entities, including three 24-hours sports television networks (ESPN, ESPN Brasil, ESPN+), broadband (WatchESPN), internet (ESPN.com.br and ESPNW.com.br) as ESPN SYNC and ESPN FC.

About love.fútbol: love.fútbol creates community soccer fields that act as community centres and catalysts for sustainable social change. They partner with communities to plan, build and manage low-resource, high-impact fields that encourage informal, creative soccer, act as hubs for social programs, generators of social enterprise and provide authentic, highly-visible touch points for brands. They have worked in some of the most difficult conditions across Latin America.

About A Ganar: Led by Partners of the Americas, the A Ganar Alliance combats youth unemployment in Latin America and the Caribbean using team sports. In essence, A Ganar is a youth employment program wrapped inside of a ball. At-risk youth, ages 16- 24, acquire marketable job expertise by building on six core sport-based skills: teamwork, communication, discipline, respect, a focus on results, and continual self-improvement. In 7-9 months, youth learn life and vocational skills and complete internships with local businesses. They learn to bring the best values of sport and apply them to the work place.

About INATOS: Instituto de Assistência, Trabalho, Oportunidades e Saúde began in 1983 to support the educational needs of children in Morro dos Macacos, Rio de Janeiro. Throughout the years INATOS began vocational training programs as well as specific projects to address environmental issues. In the 90’s it launched an important partnership with the IDB, Petrobrás, Brazil Foundation and A Ganar, among others, to provide an innovative sports for development program. INATOS currently has Caixa Econômica Federal, ABS Trust and the municipality of Rio de Janeiro as partners.

With a B.A. in Radio & TV in Anhembi Morumbi, Juliana has a relationship with sports beyond TV. Five-time snowboard Brazil National champion, surfer, she has experienced bodyboard, stand up paddle, physical conditioning and ashtanga yoga. In 2001 she did a pilot show of snow sports for Sportv; in 2002 she went to Bandeirantes where she anchored Band Sport News and Total Sport; in 2008 she started voicing commercials to Ogilvy. And in 2012 she started in ESPN channels. Today she presents Sportscenter 1st edition with Eduardo Monsanto.

Gustavo Hofman graduated in Journalism from the Catholic University of Campinas and in Communication and Marketing from Casper Libero in Sao Paulo. Before becoming a journalist, he played basketball for the Equestrian Company and the Tennis Club, both in Campinas city and played the Paulista Championships between 1994 and 1998. He began his career on websites and magazines in Campinas. As a reporter, he joined the Folha de São Paulo (a daily newspaper) and shortly after he was hired by Terra portal, in the same position. He joined the ESPN commentators team in 2011. He is an expert in Russian Football. In the 2014 World Cup he covered the German National Team. Today he is a commentator of Bate Bola Bom Dia and Futebol no Mundo.

Ana Luiza Gomes David has been a Lawyer since 1993, and graduated from the Federal University of Rio de Janeiro (“UFRJ”). She received an MBA by Business School Sao Paulo, in 2011, in Sao Paulo, Brazil. She qualified to practice US Law at George Washington University, in 2010, in Washington, D.C and received a Post-Graduate Degree in Telecommunication Law from UniverCidade in 2005 in Sao Paulo. She has been the Legal Director at ESPN Brasil since 2007, and also oversees the Caravana Project. Before ESPN, she acted as lawyer at TV Globo, Almap, BBDO and Baker & McKenzie of Rio de Janeiro.

Angela was named Director, Corporate Outreach in June 2013.  Angela has responsibility for leading the Corporate Outreach staff in the planning and execution of day-to-day efforts, including volunteerism, cause-related projects, and charitable giving.  She will also develop the strategic plans and impact metrics for Corporate Outreach as well as oversee program planning for U.S. regional and international offices.  Angela will collaborate with The Walt Disney Company and its divisions as appropriate on corporate citizenship initiatives.