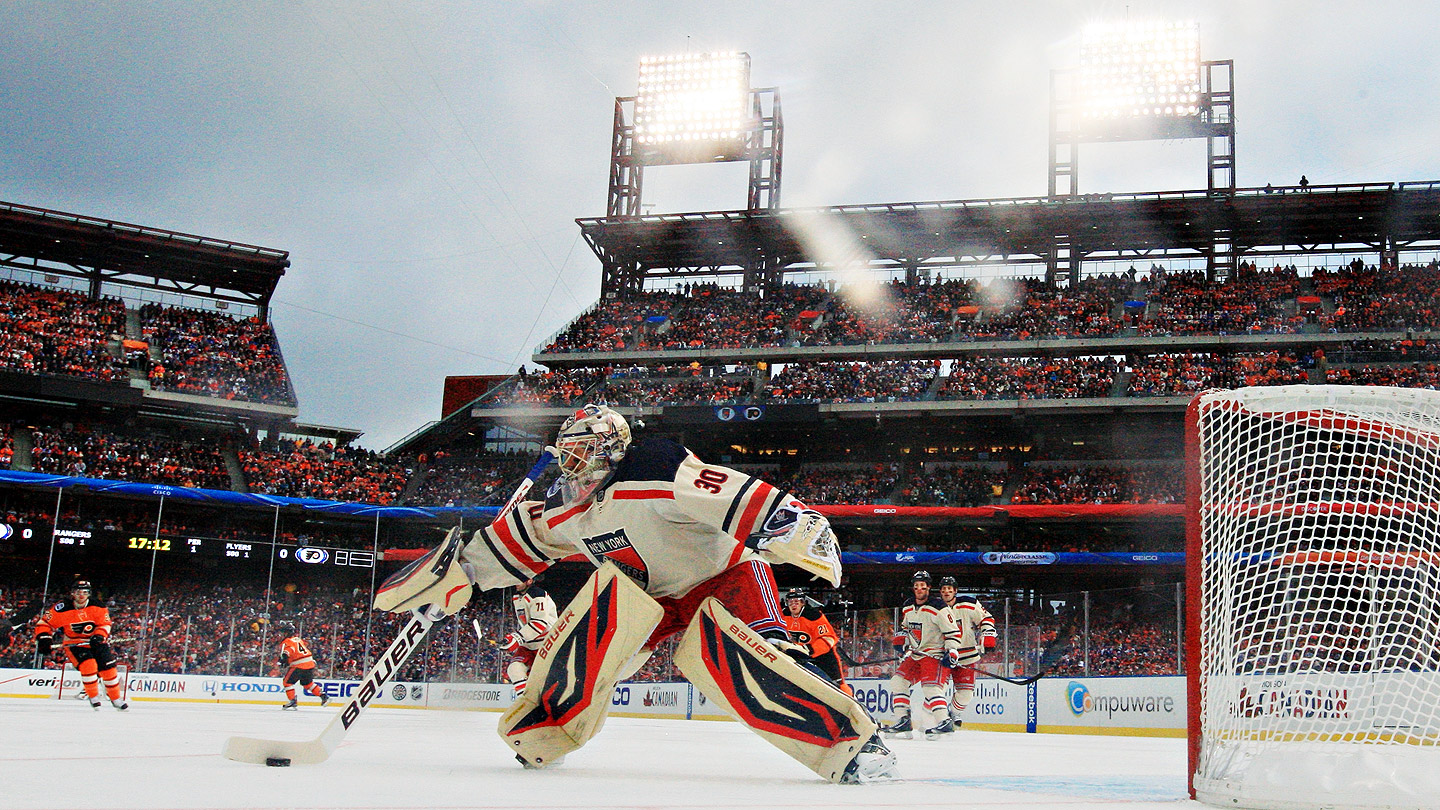 NHL partner with RISE to raise awareness and combat racism

The National Hockey League is partnering with the Ross Initiative in Sports for Equality (RISE) to raise awareness and combat racism. The NHL and RISE are using the platform afforded to them by the 2016 Bridgestone NHL Winter Classic to get their joint message out to the public.

The NHL and RISE will debut a public service announcement featuring current and former players from the Boston Bruins and Montreal Canadiens on Thursday during Winter Classic events taking place at Gillette Stadium. It will also run Friday in the stadium during the Winter Classic game between the Canadiens and Bruins.

RISE, founded in October by Stephen M. Ross, owner of the Miami Dolphins, is a nonprofit organization dedicated to using sports to advance race relations and drive social progress.

NHL Commissioner Gary Bettman is on RISE's Board of Directors along with the commissioners of the National Basketball Association (Adam Silver), National Football League (Roger Goodell) and Major League Baseball (Rob Manfred), among others.

"The National Hockey League chose to partner with RISE because we share in the organization's values promoting understanding, respect and equality," said Jessica Berman, vice president of special projects and corporate social responsibility for the NHL. "We understand that professional sports can provide a powerful vehicle for social change, and we are proud to provide our platform to help increase awareness in the areas of diversity, inclusion and the importance of treating all people with respect."

RISE executive director Ndidi Massay said the NHL is the ideal partner because, "as a sport, hockey has the unique ability to bring together people of all races and ethnicities."

Massay echoed Berman's sentiments on the Winter Classic being the perfect place to announce the partnership between RISE and the NHL.

"The Winter Classic is a natural choice to highlight the partnership and showcase the NHL's commitment to diversity and inclusion, given the national audience and the intense rivalry between the Bruins and Canadiens," Massay said. "It is powerful to show archrival teams putting differences aside and coming together to support such an important social cause: advancing race relations. The game is also an ideal opportunity to engage with fans, who can show their support for diversity at RISE's 'It Takes All Colors' photo activation at Gillette Stadium. We're encouraging fans to share their experience on social media and take the RISE pledge to treat others with respect and dignity and speak out against discrimination.

"We're grateful for the NHL's support and commitment to diversity and inclusion."