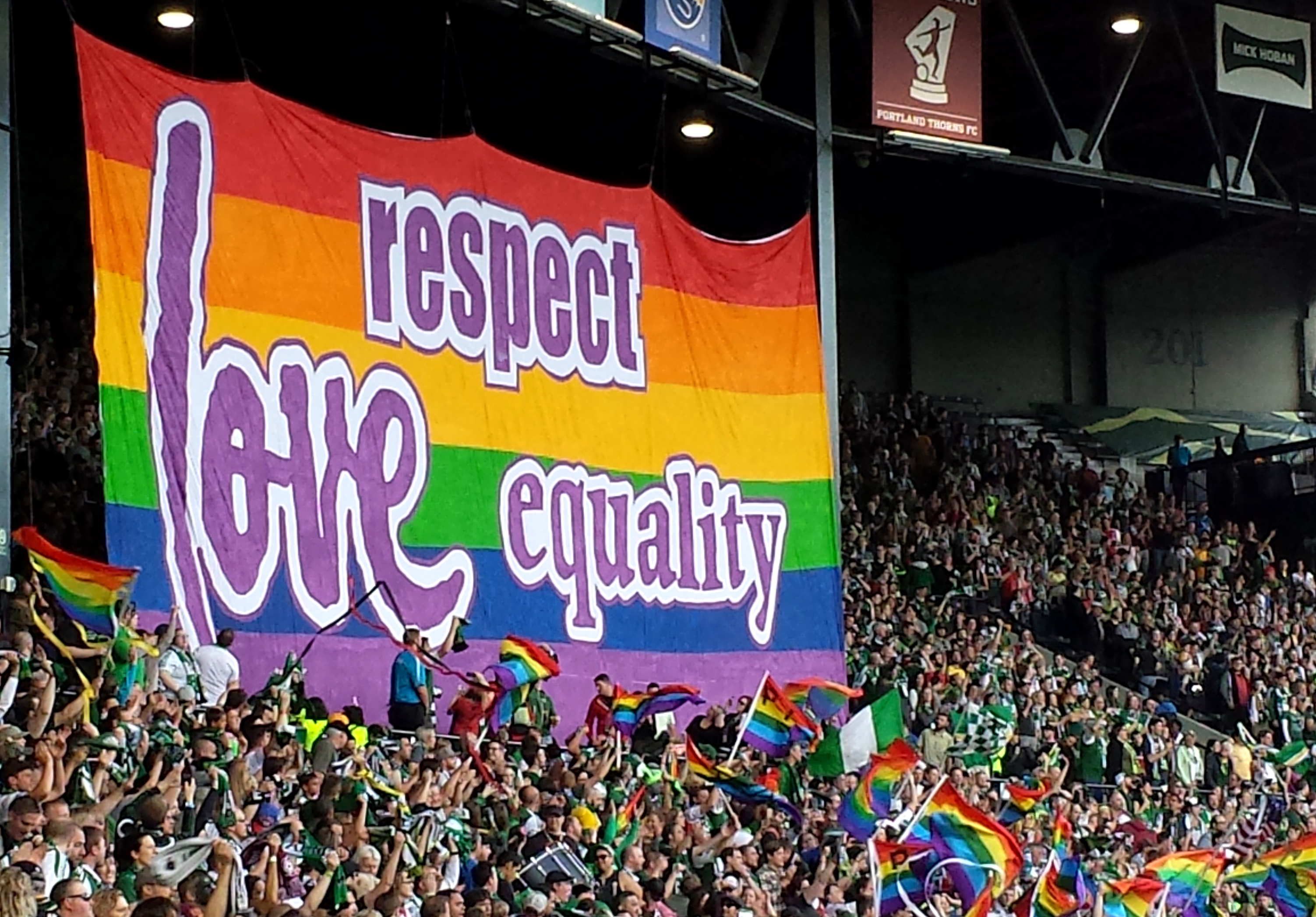 Football tournaments,social media campaigns, discussions, community festivals and workshops are among a wide range of activities that will send an unwavering message against homophobia in Febuary during the International Month of Action against Homophobia and Transphobia in Football.

The initiatives have been funded by Fare as part of longstanding collaboration with Football v Homophobia (FvH) to challenge LGBT-phobia in football.

From Portugal in the West to Russia in the East, 20 European groups have been awarded a small grant to encourage grassroots activity against homophobia in football during the period.

Campaign Director Lou Englefield said: “We received a large number of applications and had some tough choices to make, but we’re delighted with the awards we’ve made.”

Education projects, exhibitions, a theatre play and an audio-documentary on homophobia in football will encourage innovative techniques to address the problem.

“We were impressed with the large number of applications from Central and Eastern Europe, as well as from many organisations and groups we have not previously worked with.

“The funded activities reflect the diversity of LGBT and ally action in football across Europe.” Englefield added.

In the UK and Ireland February is designated as the LGBT History Month. In recent years its reach has grown internationally through campaigns as FvH.

Fare Programmes Co-ordinator Claudia Krobitzsch said: “We are happy to see increasing numbers of groups getting involved in the action month to show their support for LGBT diversity in football and we look forward to seeing the selected activities take shape in February.

Only in the Balkans the participation of groups in the campaign grew from two in 2015 to 9 groups in 2016.

“As in previous years, we know many more will join in during the period taking the message of inclusion across Europe” Krobitzsch added.

Fußballfans gegen Homophobie Österreich (Austria) – Campaign advising fans on how to challenge homophobia and where to get support.

ASOCIATIA RENATO (Romania) – A month long campaign of anti-discrimination activity, including football competitions vs Homophobia/Transphobia, and round table debates

qSPORT Sarajevo (Bosnia & Herzegovina) – Organisation of sporting events throughout February, with football as a priority, for LGBTQ youth to promote equality, acceptance and support.

Reprezentacija.ba (Bosnia and Herzegovina) – “Football for everybody, everybody for Footbal” inclusion campaign, it will be very strong message.

Les Dégommeuses (France) – A social media campaign focusing on homophobia in football with a focused visibility campaign at a targeted game.