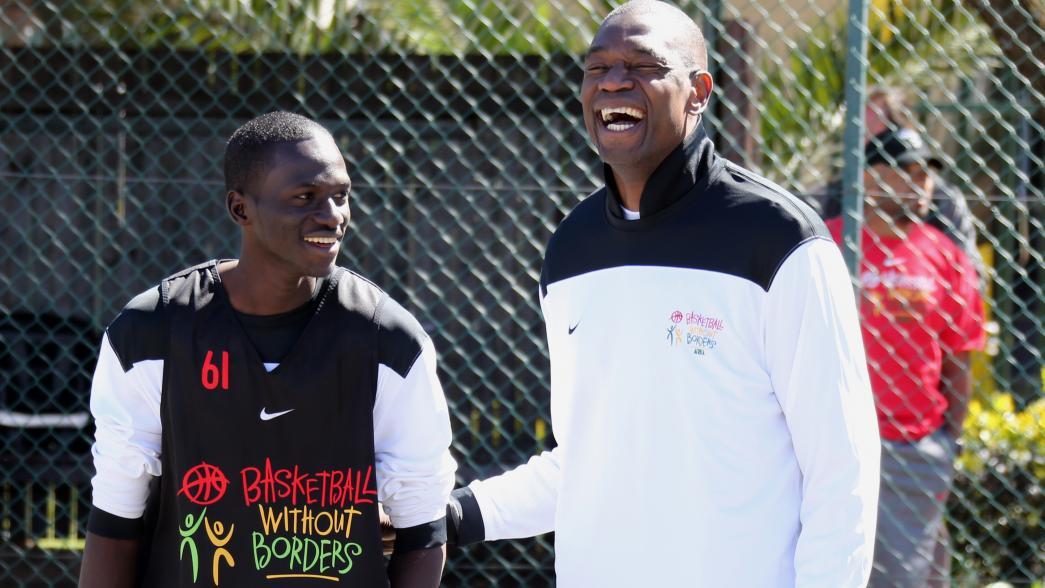 Some of the biggest names in basketball travelled to Johannesburg this week for the second ever NBA Africa Game, taking place at The Dome in Johannesburg on Saturday. In the days leading up to the game, the NBA’s Basketball Without Borders (BWB) program saw the stars host clinics for young aspiring athletes.

Teenagers from around the African continent were flown to South Africa for the clinics, where they were put through a number of drills and received tips from NBA players and coaches. Some of the biggest names lending a hand with the program this year included Dirk Nowitzki, Joel Embiid, Kyle Lowry, Kristaps Porzingis, Serge Ibaka, CJ McCollum.

Hall of Famer and humanitarian activist Dikembe Mutombo has been promoting basketball on his native continent for many years through the BWB program, along with support and funding from the NBA and FIBA.

Mutombo said “Many didn’t believe us, or that this would happen,” said Mutombo. “And I have to admit, this is amazing, to see how this has grown. When I first became part of the program, we couldn’t get three NBA players to help out.”

The Democratic Republic of Congo native will also be on hand as an ambassador during the NBA Africa Game on Saturday with star-studded rosters that include All-Stars DeMarcus Cousins, Kyle Lowry and Kemba Walker against a Team Africa squad full of young budding stars – namely prized pupil of BWB Joel Embiid.

Africa is the last frontier for the NBA; in relation to its large population, the number of NBA players born and raised on the continent is quite small. The athletic talent is abundant, yet there’s a serious lacking of infrastructure and proper coaching. So since 2001, summertime basketball academies run by BWB volunteers are tapping into a swelling number of curious kids.

Toronto Raptors general manager Masai Ujiri believes in time, basketball will gain traction in Africa through academies, the way baseball set up in the Caribbean in the ‘60s.

“They start out raw, and you don’t know where it will lead, but after a while they develop and continue to develop,” Ujiri said. “We just have to be constant in our approach.”