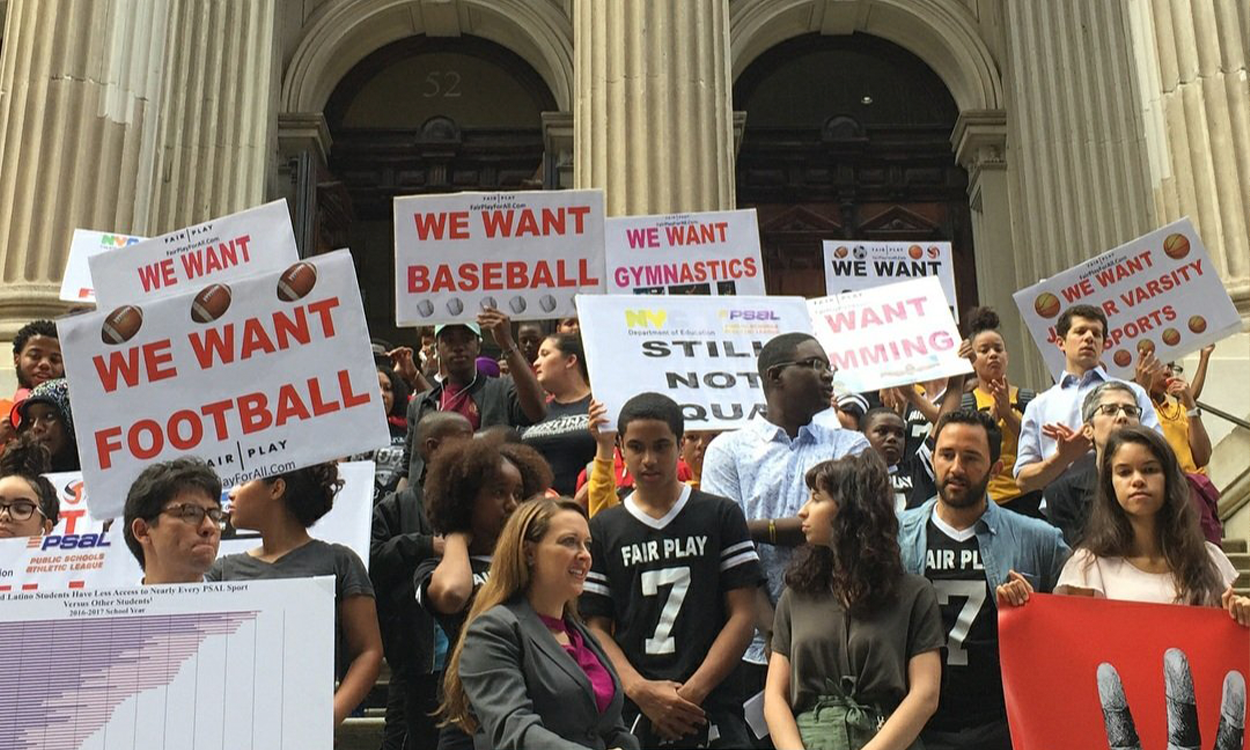 In recognition of the upcoming World Day of Social Justice on February 20, we're highlighting a student-athlete led effort to tackle racial discrimination in access to sport and play. Their landmark case underscores the power of youth movements around the world that are working towards a more equitable future for all.

Today, we're proud to share the work of 2019 Billie Jean King Youth Leadership Award Honorees, Lisa Parks and Matthew Diaz, who helped take on the City of New York after recognizing serious inequities in high school access to sports for Black and Latino youth as part of their work with the Fair Play coalition. They ultimately became lead plaintiffs in a class action lawsuit brought by New York Lawyers for the Public Interest (‘NYLPI”) against the New York City Department of Education (DOE) that made its way to the State Supreme Court.

When the lawsuit was filed in 2018, schools that had 95% of more Black and Latinx students had on average seven teams, in comparison with schools with only 40% Black and Latinx students that averaged 29.5 teams per school. Following three years of sustained campaigning by the Fair Play Coalition and its supporters, in November 2021, a preliminary settlement resulted in thousands of Black and Latinx NYC public high school students gaining access to participate in afterschool sports for the first time. As part of the agreement, City officials are expected to create at least "200 new sports teams by the year 2024 and the Public Schools Athletic League (PSAL) will work to help students at schools interested in playing sports find neighboring schools with appropriate playing space."

Lisa Parks was a standout track athlete in Atlanta, Georgia before moving to the Bronx, New York. However, when she found out that her new school, the Urban Assembly Bronx Academy of Letters, didn't offer the sport, she was no longer able to compete. The school also didn’t offer boys volleyball, the sport that Matthew Diaz is passionate about. Parks and Diaz felt that too many students like them don’t get a chance to play sports in NYC Schools.

Parks, who is African American, and Diaz, who is Hispanic, became a part of a class-action lawsuit that included students, teachers and lawyers. Collectively, they accused the DOE and PSAL of discrimination by denying students of color an equal opportunity to play in school teams, saying that it’s in violation of local human rights law. The Fair Play coalition grew out of the groups' efforts to bring sports equity into schools. 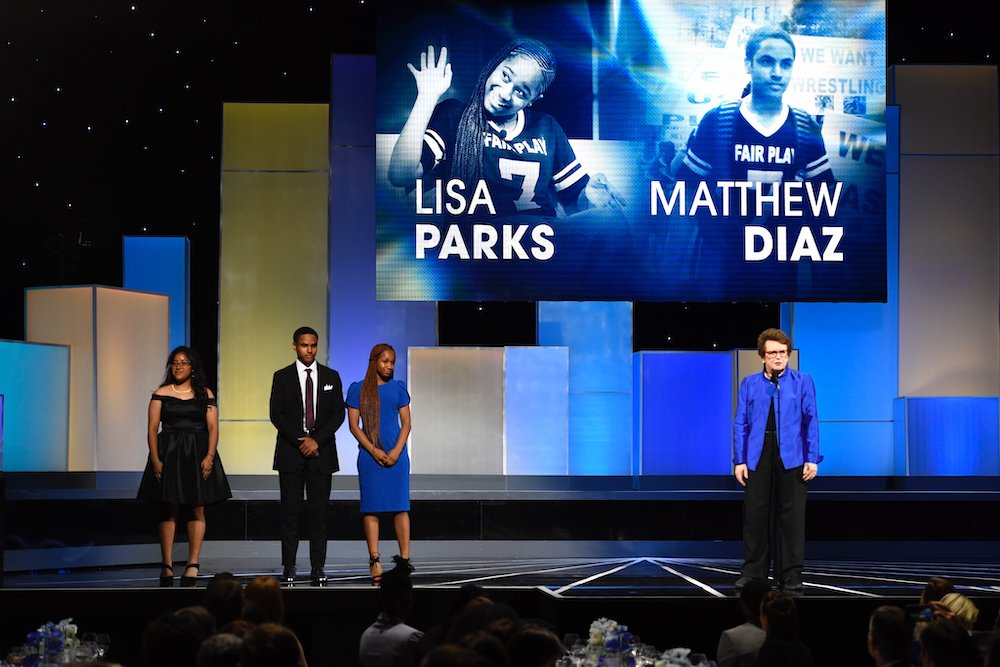 At the time, lead attorney Melissa Iachan noted the importance of proceeding stating, “we are now one step closer to achieving transformative change for all future Black and Latinx public high school students who simply want the same opportunity to play and compete in a variety of sports.”

The November 2021 proposed settlement creates new and expanded opportunities for students of color to play the sports they love and to have a voice in shaping the athletic programming available to them. A cornerstone of the agreement is the creation of Shared Access Programs (SAPs), which allows for small high schools located near one another in underserved, predominantly Black and Latinx school districts, to play together under one sports program, sharing a much higher number of PSAL sports teams than any of the schools had on their own.

“More than three years ago, I joined the Fair Play coalition with a sea of joyful Black and Brown youth from the South Bronx to rally on the issue of sports equity,” said Obrian Rosario, organizer of the Fair Play Coalition and Executive Director of Outreach at the Peer Defense Project.

“I had the privilege of having access to 44+ sports teams while there were thousands of youth who looked like me who did not. In the three years that I have been organizing with the Fair Play Coalition, we accomplished a lot... I am grateful for the team that has come together and made sure that Black and Brown youth have access to sports. Years of dedication from everyone on this team has finally realized one of our biggest and boldest dreams: a NYC with Sports Equity.”