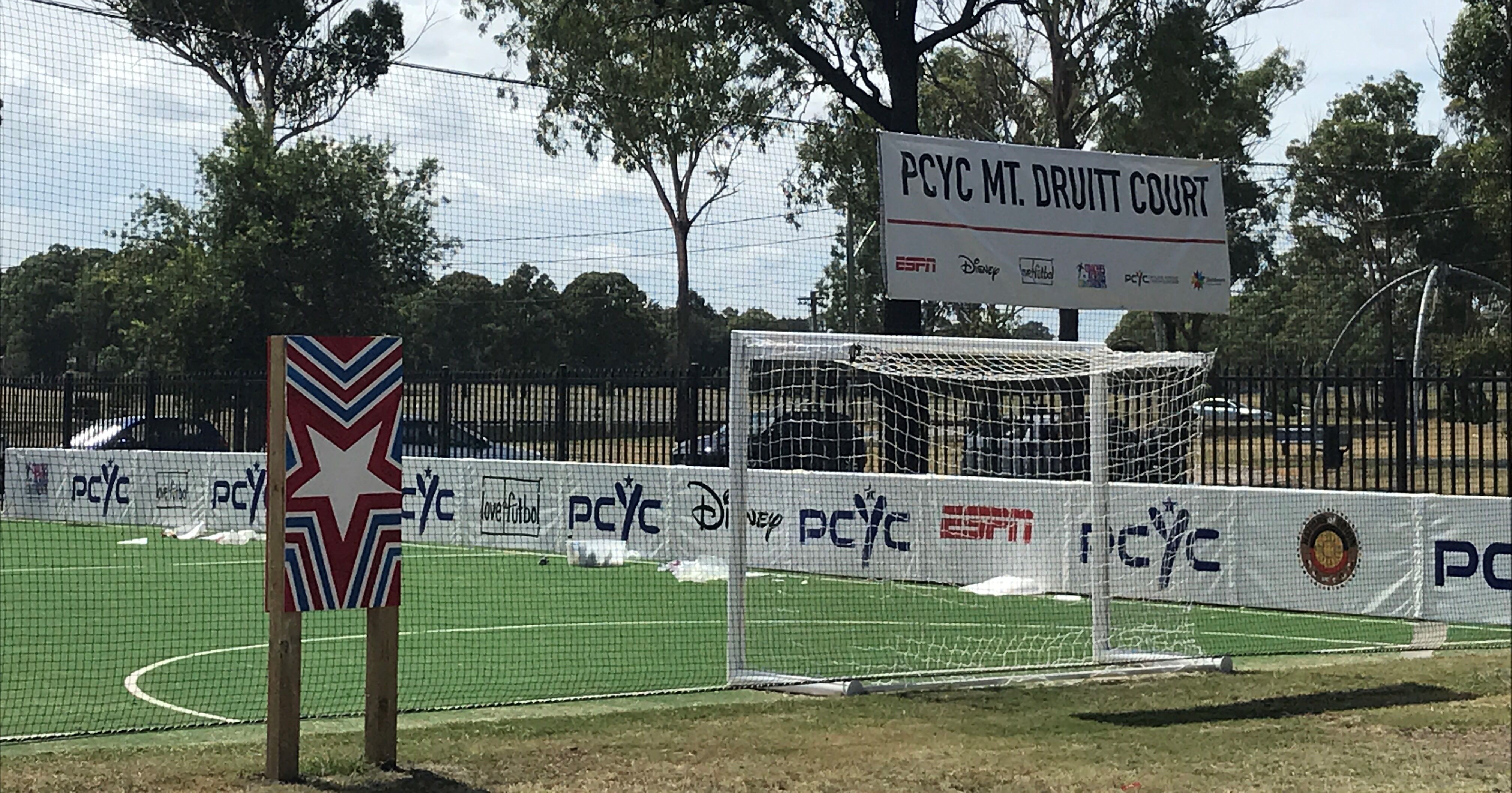 Mount Druitt, Sydney, celebrates the opening of a new safe space to play and learn

Sydney, Australia - Community leaders, local residents, and youth gathered in Mount Druitt, Sydney on February 28 to participate in the opening of a new, multifunctional sports space dedicated to the local community and its residents. Built to Play is a global project, led by ESPN. This is the first Built to Play project undertaken by ESPN in Sydney and the eighth globally. 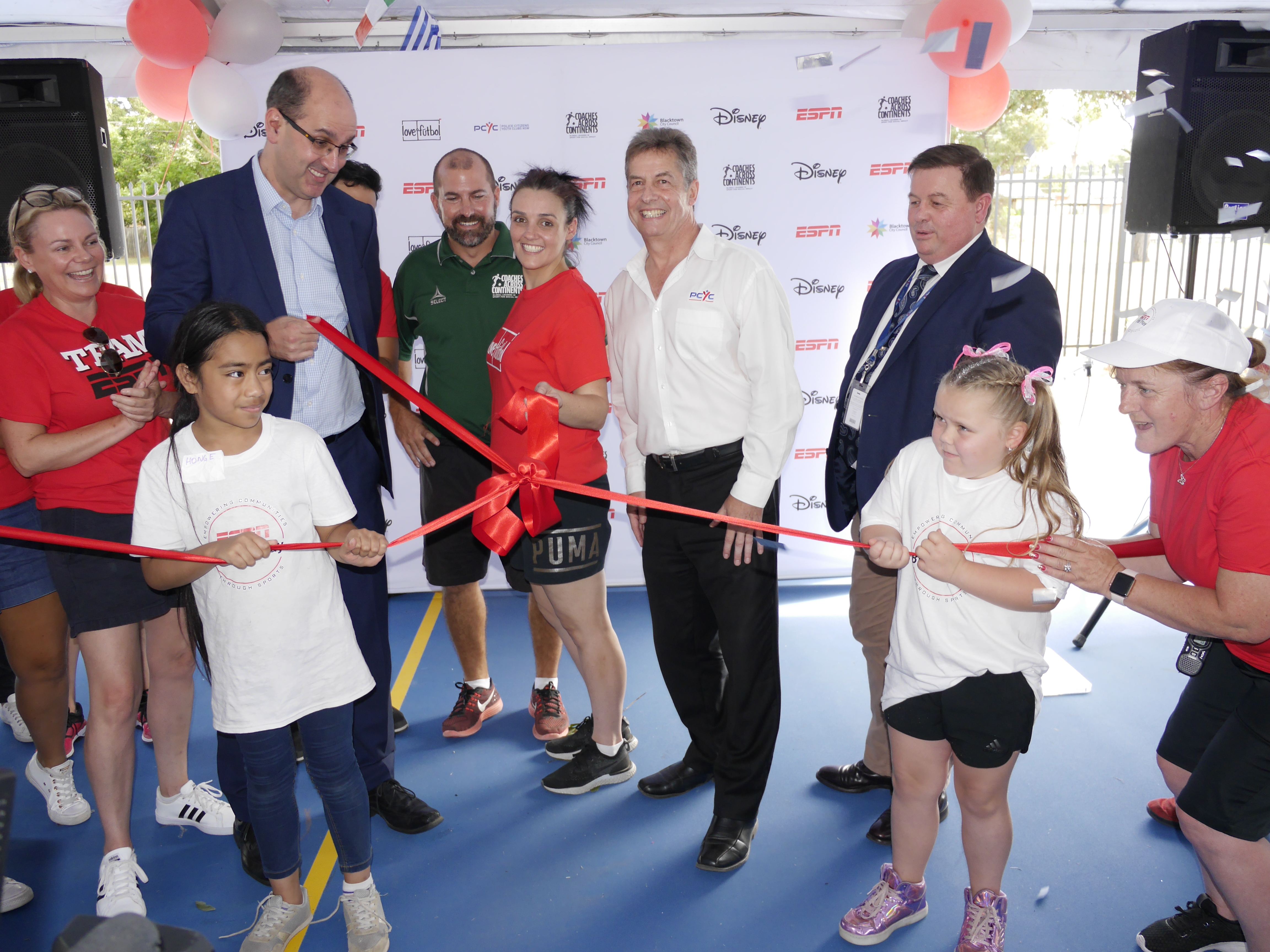 The courts and surrounding area, refurbished with the help of community residents and ESPN and Disney employees, will provide a safe place to play for the surrounding community, as well as offer ongoing programming using the power of sports to educate young people on key local issues. Sport for development organizations, Coaches Across Continents and Police Citizens Youth Clubs (PCYC) NSW will deliver programs on the new space. 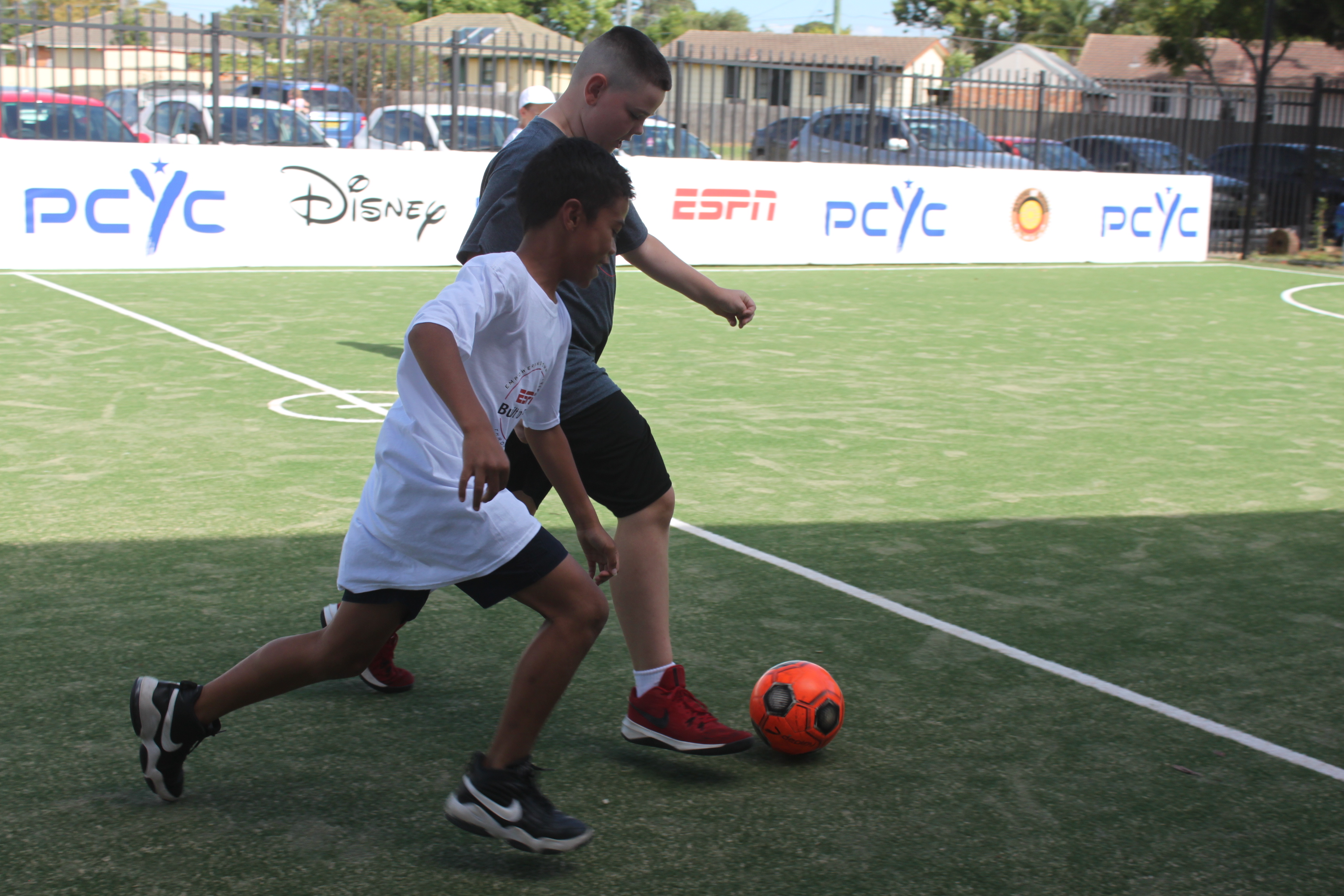 Hosted by ESPN sports reporter and commentator, Stephanie Brantz, the event was attended by Haydn Arndt, General Manager, ESPN ANZ and Disney Media Distribution, along with ESPN and Disney employees and community volunteers who helped build the space, as well as local residents and their families. The celebration was comprised of cultural performances, special recognition of community leaders who volunteered their time, as well as sports matches open to the community. 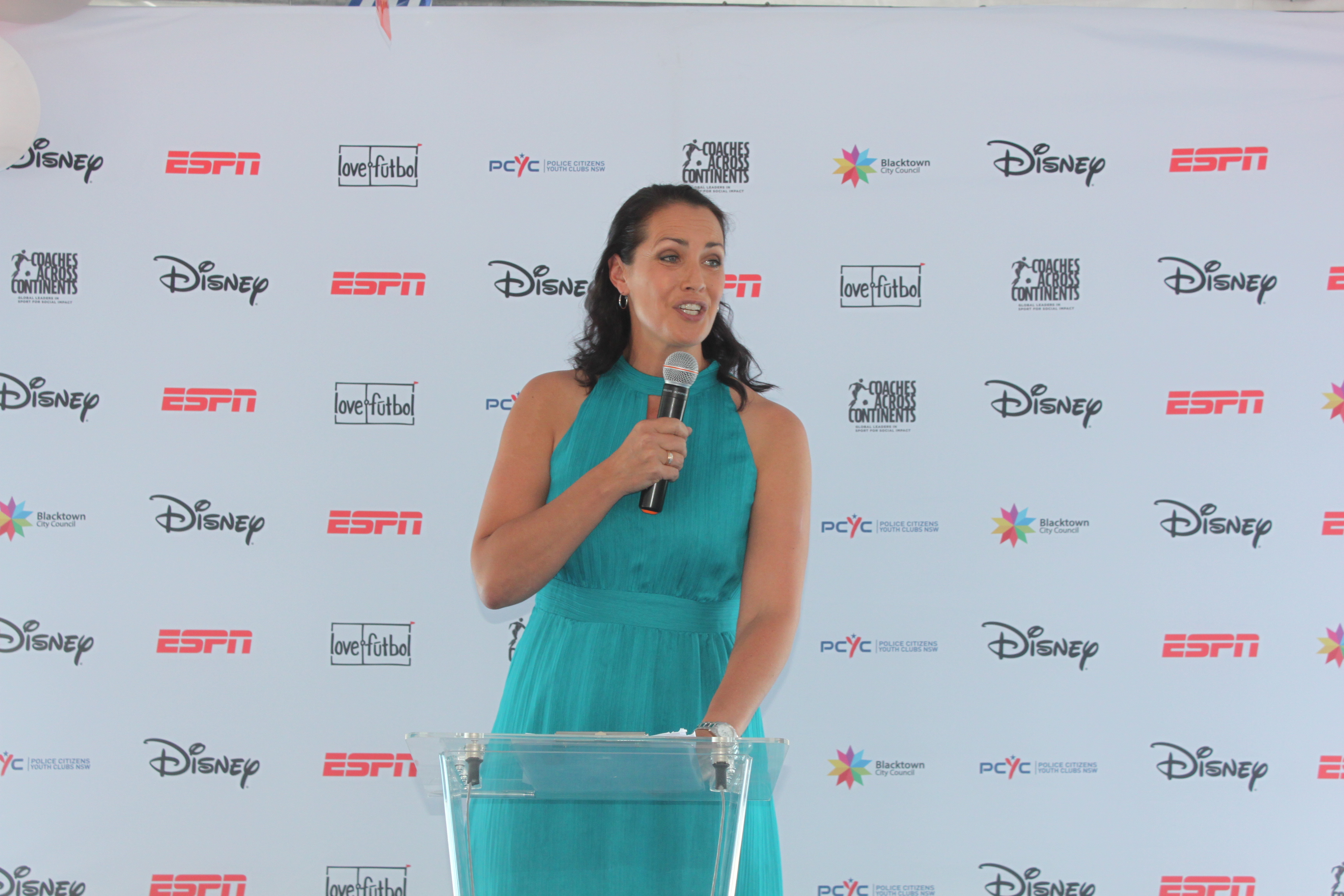 “At ESPN, we believe that sport has the ability to transform lives, and we are committed to providing resources to enable kids in Sydney to play sports,” said Haydn Arndt. “We’re pleased to bring this global project to Mt. Druitt and to collaborate with love.fútbol, PCYC NSW, and Coaches Across Continents, to create this space in a community where there is a need, as it can truly make a difference.” Haydn Arndt, General Manager, ESPN ANZ and Disney Media Distribution, talked about what this new space means for Australia, for Sydney, and for the youth in the Mt. Druitt community

love.fútbol, which is known for building community sports facilities all over the world, played a key role in selecting Mount Druitt, Sydney, for the new space based on need, population served and socio-economic status. The unemployment rate is over 13% higher than the Greater Sydney average, alongside a number of social challenges in the area including drugs and alcohol abuse, high crime levels, insufficient transportation and limited services for youth.

“We are fortunate to have such significant support from ESPN, Disney, love.fútbol and Coaches Across Continents who share our vision of empowering young people,” said Dominic Teakle, CEO, PCYC NSW. “Participation in sport is a powerful tool for change. It allows young people to feel part of a team and that sense of belonging gives them the support to face their challenges both physical and mental. PCYC sits at the heart of most NSW communities and this facility will enable us to better serve the community of Mount Druitt.” 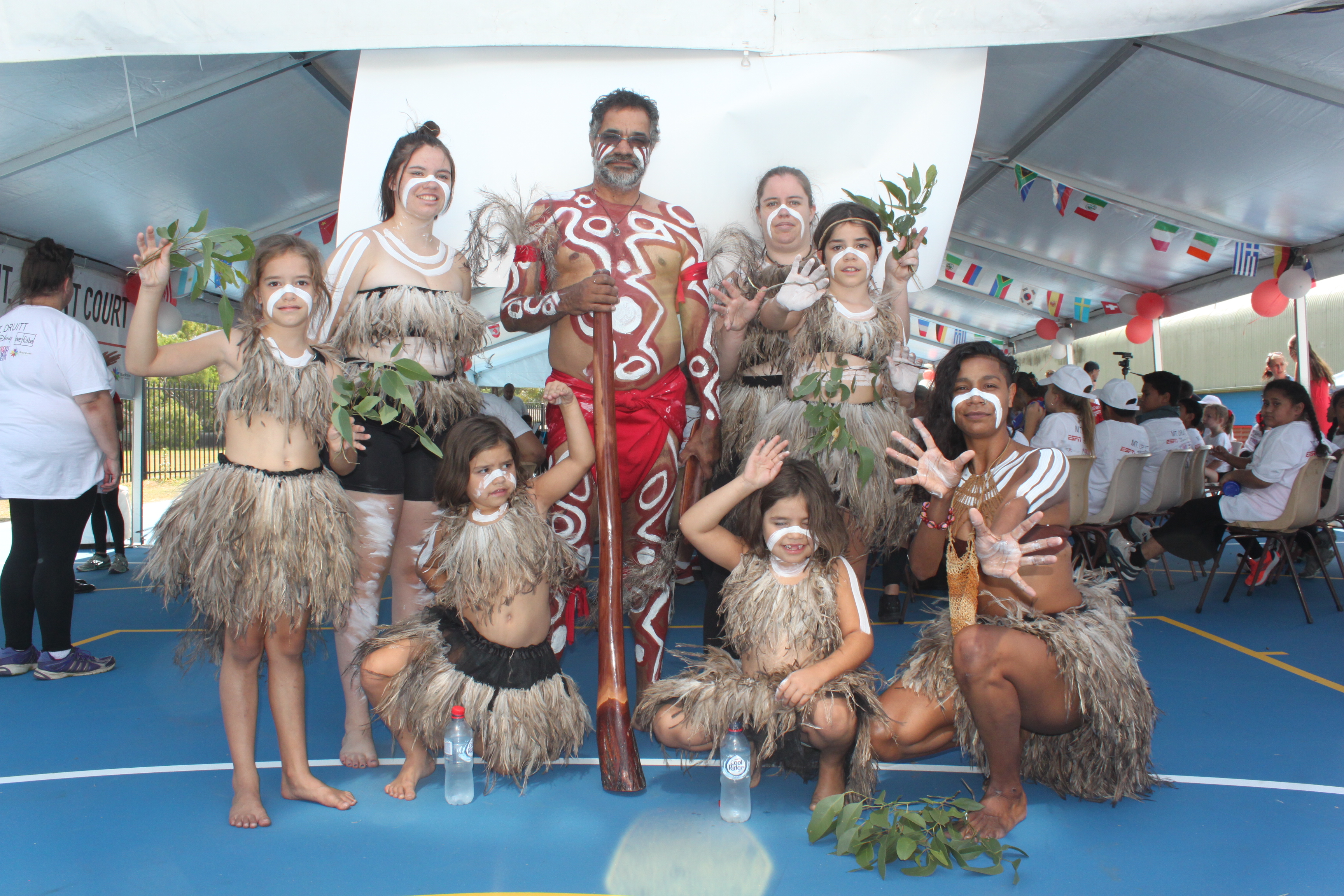 Coaches Across Continents: Coaches Across Continents uses Purposeful Play to create Education Outside the Classroom. Through sport, they work in some of the toughest regions in Sydney as well as developing and disadvantaged communities in 60 countries globally. Their work addresses key local social issues and the UN SDGs, and they use their award-winning methodology and year-round strategic resources to provide local leaders and organizations with sustainable skills to support their community.

thinkBeyond: thinkBeyond helps organizations and people that do good, do it better through sport. They are the global experts in providing consultancy and strategy delivery to brands, sports teams, leagues, federations, talent and governments who want to do good business and create positive social change. Having helped develop this initiative with ESPN, thinkBeyond now supports in the implementation of the project around the world. 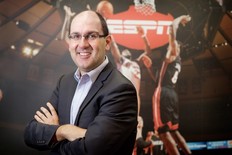 Haydn Arndt is the General Manager, ESPN ANZ and Disney Media Distribution (DMD) based in Sydney. As part of Disney’s local leadership team, Haydn develops and executes the overall business strategy of both ESPN and DMD in Australia and New Zealand.

A key focus for Haydn is localising the ESPN ANZ multiplatform business. Serving Australian sports fans with not only the best coverage of international sport but also game around the game coverage of local sport. Building on current key rights for US sports including NBA, NFL and MLB, Haydn is also building the digital business through the local edition of ESPN.com

At DMD, Haydn reports into Kylie Watson-Wheeler, Managing Director TWDC ANZ. Haydn is responsible for executing the sales strategy of TWDC television and studios content across all media platforms.

Before Disney and ESPN, Haydn spent four years as Senior Vice President of International Television Sales for NBC Universal, Asia-Pacific. Haydn also worked for Walt Disney International Television, United Kingdom and Ireland, in both sales and finance. He graduated from the University of Adelaide with a Bachelor of Commerce and is a member of the Institute of Chartered Accountants Australia.

Stephanie started her media career with the SBS Sports team in 2000 working on a football program of the time - On the Ball. After secondment as a press assistant during the Sydney 2000 Games, Stephanie went on to further her studies, by way of a Bachelor of Health Sciences as well as media training, before returning to ‘On the Ball’ in 2002. By 2006, she was host of both the “FIFA World Cup Highlights Show” and “Toyota World Sport”.

Following the FIFA World Cup, Stephanie presented sports on Channel 9 for Nightline, National Nine News and the “Sunday” Show and hosted the network’s National Basketball League highlights program as well as the Kellogg’s Nutrigrain Ironman Series. She was also the boundary reporter for the Ashes Series 2006-07 and producer/ host for the 2009 series of grassroots football program, “Football Stars of Tomorrow.”

In 2012, she hosted the successful ABC coverage of the London Paralympic Games and from 2010 – 2019 has fronted the network’s coverage of the Australian of the Year, the Flag Raising and Citizenship ceremony, New Year’s Eve and also the ANZAC Dawn Service coverage from Gallipoli/Villers Bretonneux and the Centenary commemorations across the Western Front and Beersheba.

In 2016, Stephanie joined the ESPN Australia team as a host and contributor for written and video content and reporting/presenting from the FIFA World Cup in Russia as well as the Australian Open and US Open Tennis.

Stephanie has three children, two boys (ages 24 and 19) and a girl age 17. She is married to Fox Sports lead football commentator, Simon Hill.