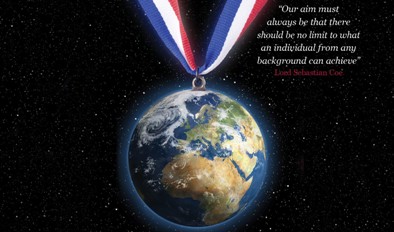 This year we are proud to launch The Beyond Sport Leadership Series in partnership with Mishcon de Reya, a three year series of events that will bring together senior leaders from the worlds of sport, business and public affairs to discuss shared value impact and the role that leadership plays in driving positive practices through sport and business.

The Potential of Diversity: unlocking talent through inclusive leadership

A provocative discussion on what business can learn from sport, and indeed the other way around, was had by key experts in diversity such as former NBA player John Amaechi and Paralympic star Baroness Tanni Grey-Thompson, at the first event of the newly launched Beyond Sport Leadership Series in partnership with law firm Mishcon de Reya, on Thursday night

A panel of experts was drawn from from across sport, business and politics - Paralympic legend and parliamentarian, Baroness Tanni Grey-Thompson DBE; Executive Director of Football Against Racism in Europe (FARE), Piara Powar; and Head of Diversity and Inclusion at KPMG and author of The Inclusion Imperative, Stephen Frost discussed everything from Premier League CEO Richard Scudamore’s email controversy to the lack of disability access to some of the world’s most popular sports venues.

In front of specially invited guests from the sport industry, the thought-provoking discussion addressed issues such as the need for leaders to step up and put diversity at the top of their agenda, positing that embracing diversity harnesses talent and threatens mediocrity. It was suggested that this in itself may be the reason that some are reticent to adopt a proactive diversity agenda in the first place.

Following the discussion, Baroness Tanni Grey-Thompson DBE presented the 'Beyond London 2012 Diversity Award' - an award created as part of the legacy of the London 2012 Olympic and Paralypmic Games - to The Change Foundation for its Dance4Change project.