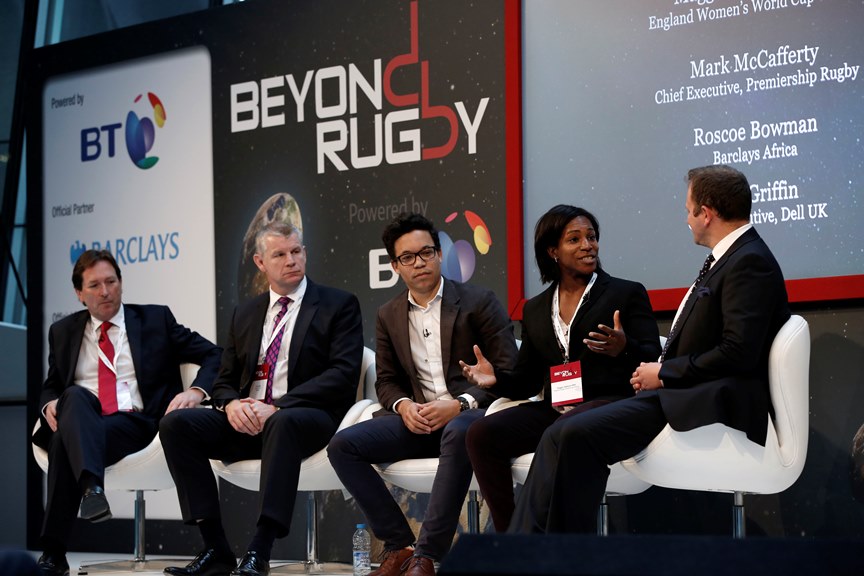 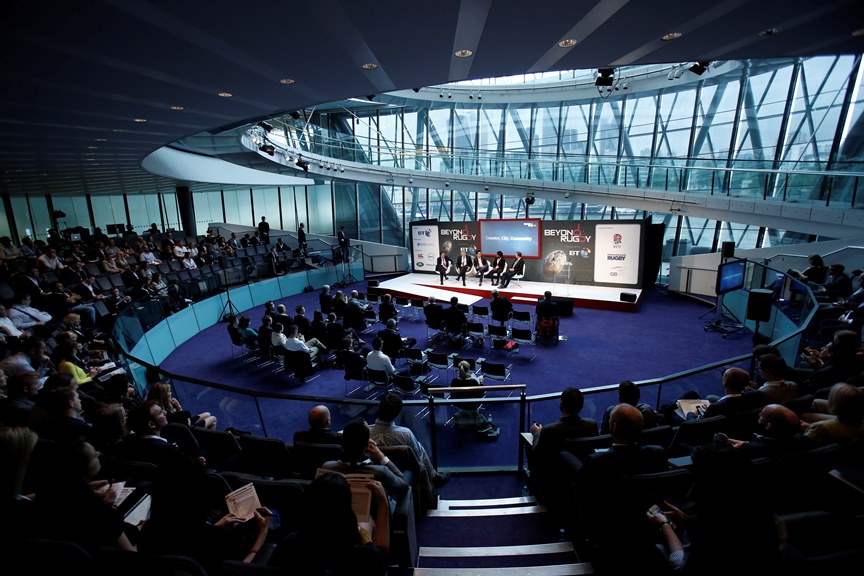 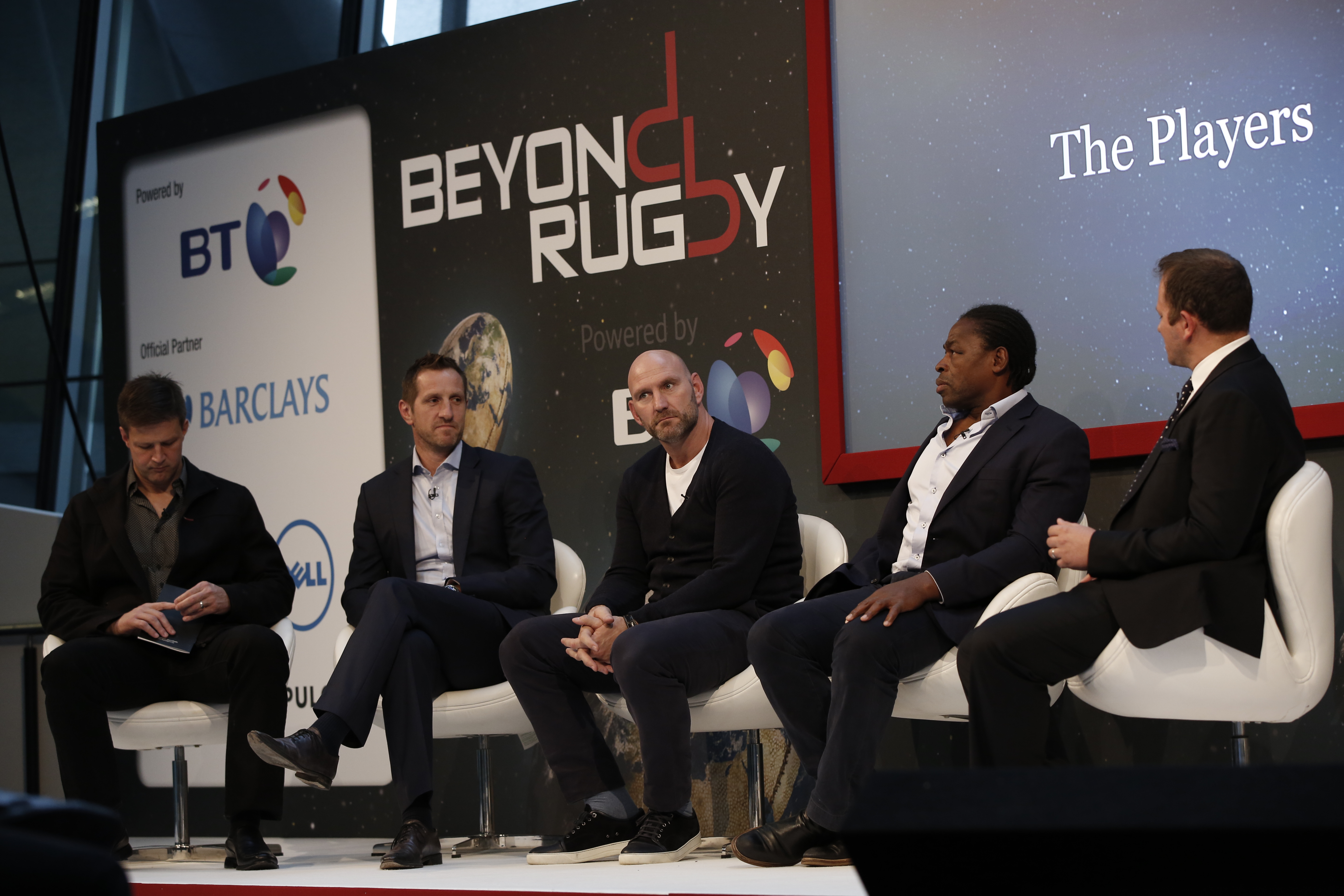 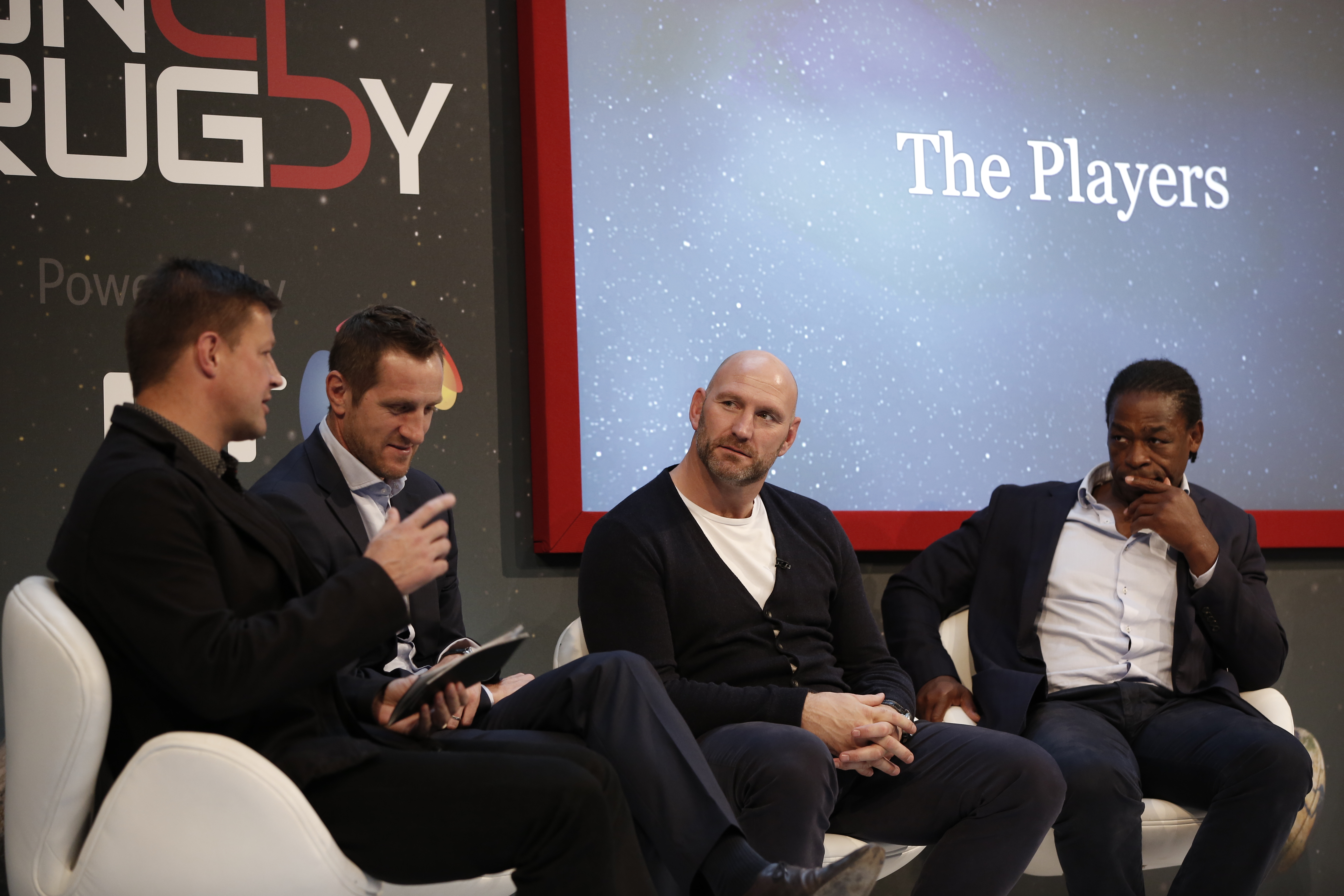 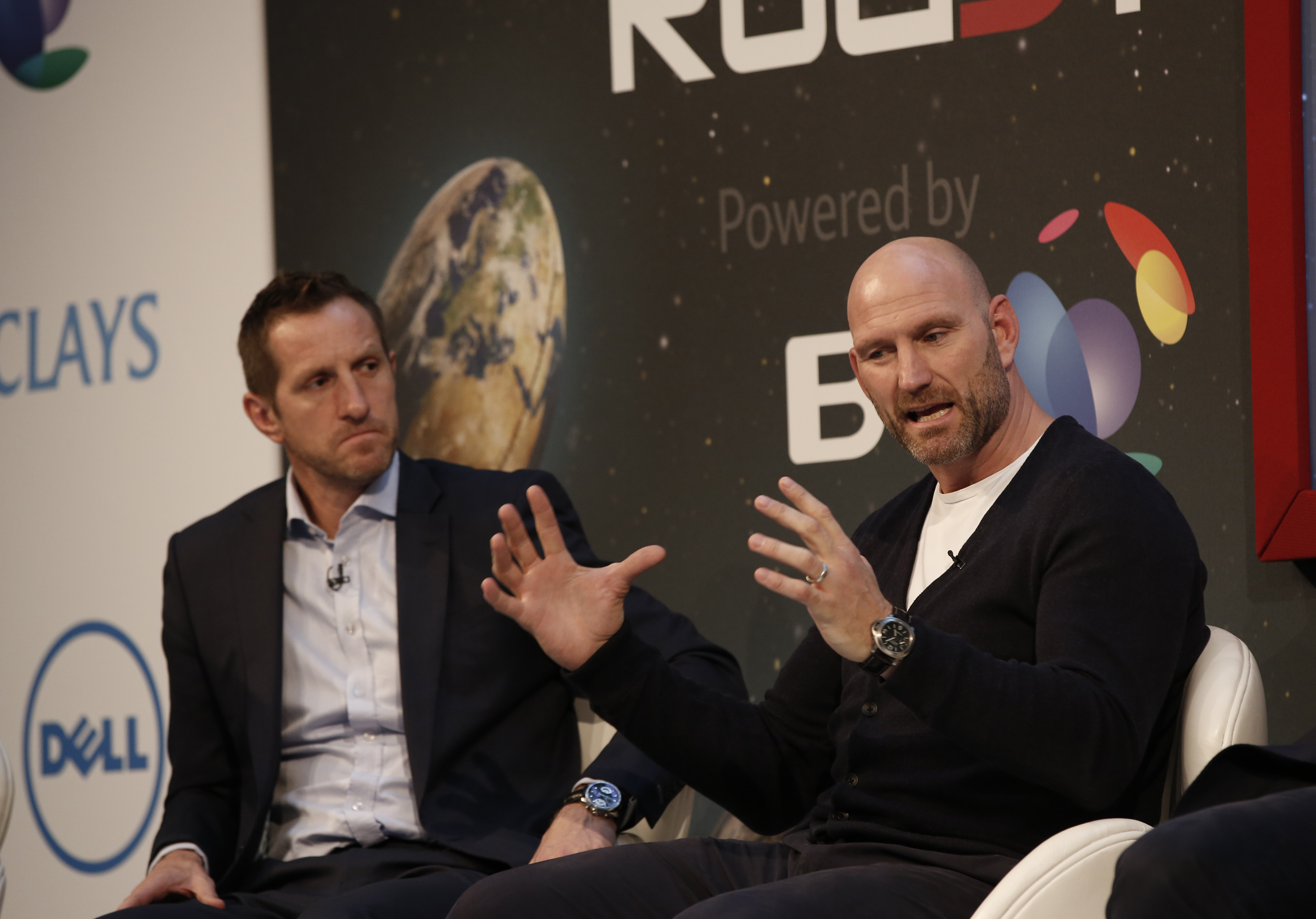 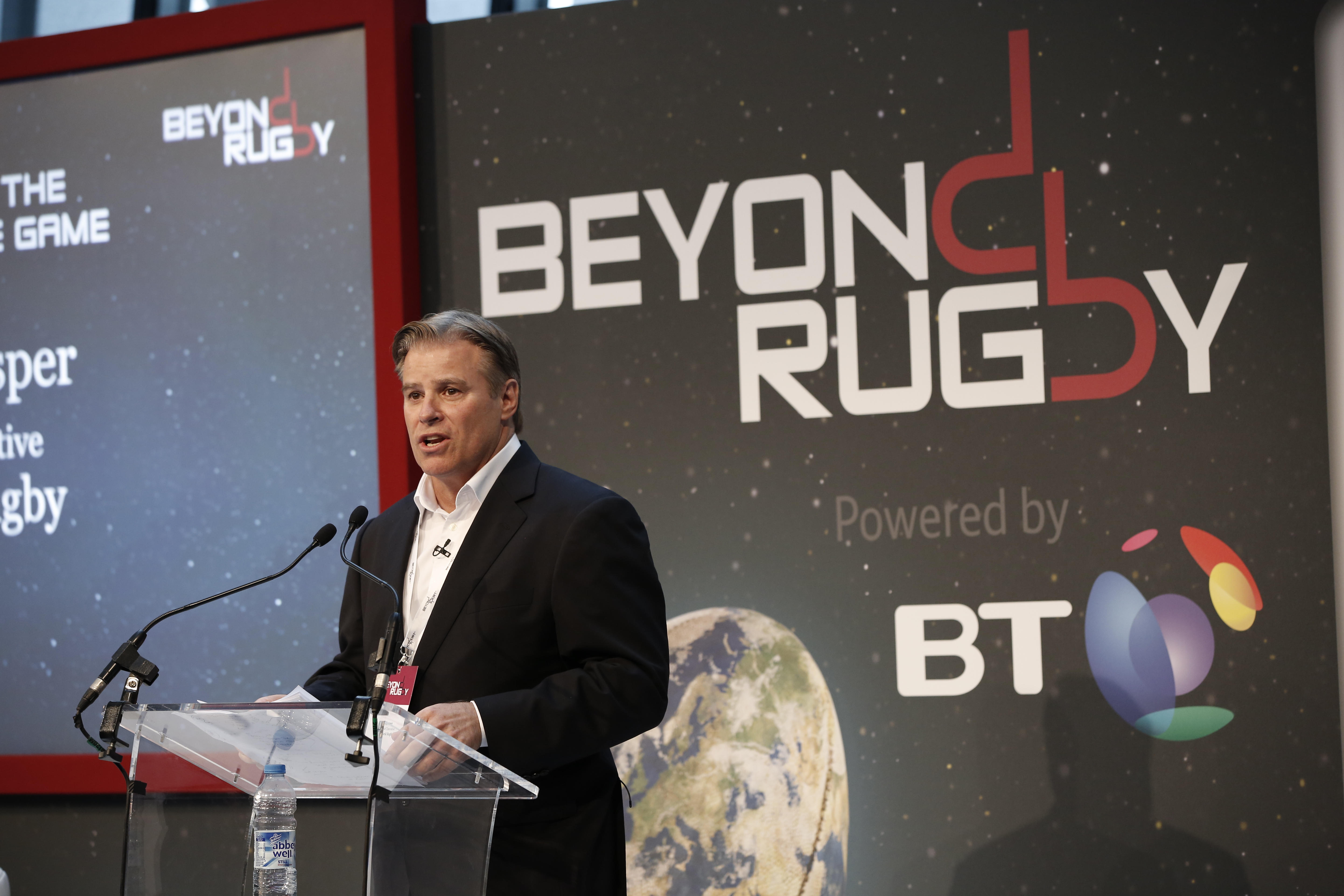 Beyond Rugby is a continuation of a conversation to create a more proactive community to address the role of rugby in bringing about positive social change across the globe. Talks and interactive workshops explored multiple topics including how rugby has been used to tackle racial segregation; improve the lives of disadvantaged communities throughout the world; expand academic opportunities for youths and programmes to increase participation amongst the disabled community and women.

Beyond Rugby, powered by BT was opened by World Rugby CEO, Brett Gosper who stressed the importance of rugby’s values in his opening remarks at Beyond Rugby.

Brett Gosper, CEO of World Rugby: "Rugby can change lives in a fundamental way. The character of our sport can have such a positive effect on people's lives so we are very happy to add our voice to the excellent things done by Beyond Sport and the programmes that are involved right across the globe."

Brett’s opening remarks were followed by the opening panel of the day Country, City, Community that bought together different experts from across a number of sectors to share their stories and key learnings on how rugby Is being used to different ways for multiple social outcomes. The session, moderated by Dan Nicholl, played host to Maggie Alphonsi MBE, England Women’s World Cup Winner; Mark McCafferty, Chief Executive, Premiership Rugby; Roscoe Bowman, Barclays Africa; and Tim Griffin, Vice President and General Manager Dell UK.

On being asked his views on the recent refereeing controversies in the Rugby World Cup, Mark McCafferty, CEO of Premiership Rugby underlined the core principles of the game saying: “We are here [Beyond Rugby] today talking about the values of rugby, let’s not fall short of those values. Respect is one of the core values and something that underpins our community programmes.”

The opening panel was followed by a discussion exploring Rugby on the Edge that bought to life some of the case studies where the game of rugby has been used in some of the toughest social circumstances to create impactful change though the game. The session was facilitated by Mark Griffin MBE, Founder & CEO, Play Rugby USA and played host to Helen Clayton, Community Development Manager, Premiership Rugby; Mike Henderson, Development Manager, Change Foundation; Ross Morrison, Great Britain Wheelchair Rugby Athlete & Paralympian; and Shane Young, Co-Founder, Memphis Inner City Rugby.

Shane Young, Co-Founder of Memphis Inner City Rugby said: “Memphis is one of the most segregated cities in America. Rugby is the only way our kids get to interact with their white suburban affluent counterparts.”

Beyond Rugby, powered by BT played host to the launch of an exciting new stage of the RFU’s flagship social responsibility programme – Try For Change.

Steve Grainger, Rugby Development Director, RFU said: "One of the attractions with rugby is the physicality; if you combine that with the key values of discipline and control then rugby becomes a fantastic outlet for people from all backgrounds."

Post lunch, the Beyond Rugby audience heard from Matthew Spacie MBE, giving an inspirational account of how rugby can be used to ignite bigger ambitions, dreams and goals across the globe.

Matthew Spacie, Founder and Executive Chairman of Magic Bus, which has used rugby as a tool to help thousands of impoverished children in India, explained the power of rugby: “For eighty minutes they are treated as equals. We use that opportunity to get under the surface, to start looking at some much more important behavioural issues.”

On the final panel of the day, Rugby World Cup legends Bob Skinstad, Serge Betsen and 2003 champions Will Greenwood and Lawrence Dallaglio spoke passionately about the power of the game.

Lawrence Dallaglio, whose Foundation works to nurture and develop the essential skills of disadvantaged young people, said: “Rugby has values around teamwork, respect, fun and discipline, and gives young people the chance to develop some pride and self-worth. When you introduce sport it has to be a long term commitment.”

The Serge Betsen Academy in Cameroon uses rugby as a means of education. Its founder and namesake added: “We use rugby as a vehicle to help people into schools and medical assistance. This is what rugby can bring to people, and that is why it’s the best sport in the world.”

Beyond Rugby is powered by BT, sponsored by Dell, Canterbury, Land Rover, Populous and The Telegraph and supported by Premiership Rugby, the RFU and Great Britain Wheelchair Rugby. This is the third edition of Beyond Rugby, the inaugural event was held during the Beyond Sport Summit and Awards at Twickenham in 2012 and backed by the RFU, Premiership Rugby and sponsored by Canterbury; the second edition in 2013 was backed by USA Rugby as part of the Beyond Sport Summit and Awards in Philadelphia. 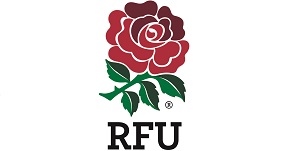 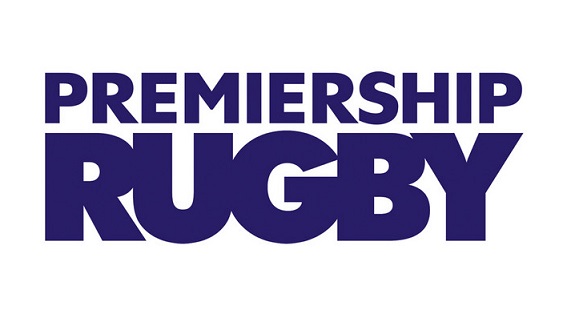 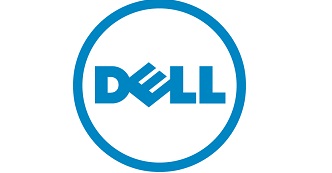 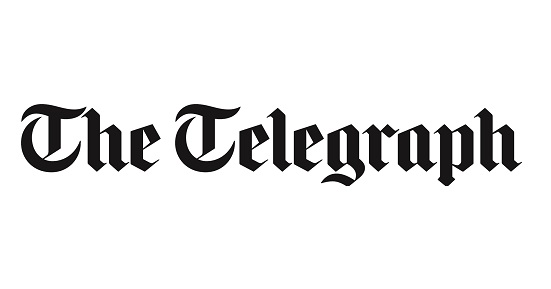