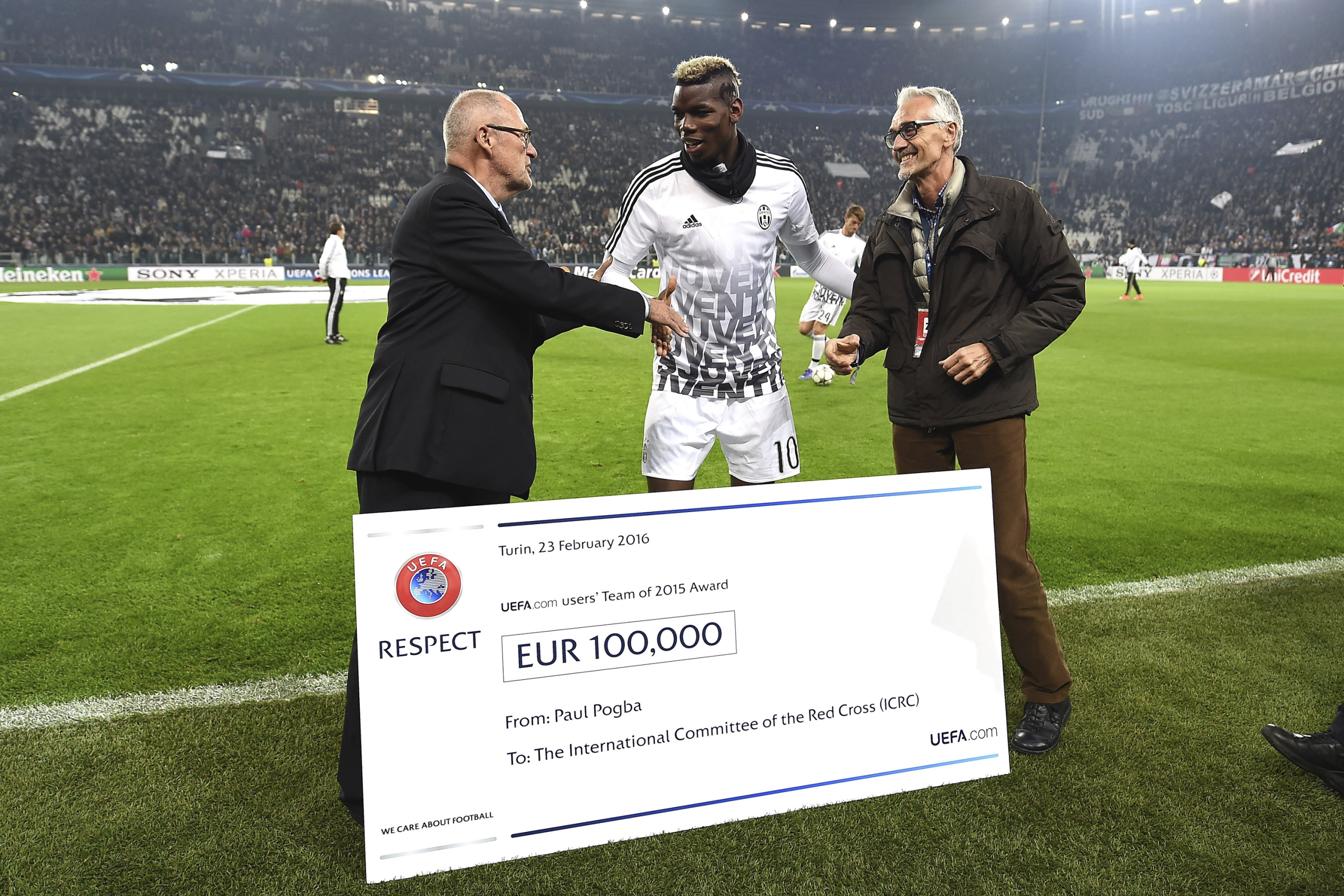 For the ninth consecutive year, UEFA has set aside €100,000 for the ICRC. Each year, the donation is handed over by a player voted onto UEFA.com users' Team of the Year. This year's cheque was presented by Juventus player Paul Pogba before the start of UEFA Champions League round of 16 first-leg match against FC Bayern München at Juventus Stadium, in Turin.

The donation supports the ICRC's physical rehabilitation programme for landmine victims and other people with disabilities in Afghanistan – providing artificial limbs, physiotherapy, vocational training and access to the centre's football team. About a third of patients are children.

Peter Gilliéron, chairman of the UEFA Fair Play and Social Responsibility Committee, said: "Football is not just a game, it is a game-changer and this is what the UEFA-ICRC partnership is about. We are very appreciative of Paul Pogba's involvement. He has genuinely and generously embraced the project – supporting, exchanging, and even Skyping with our football team in Kabul, who are using football to rebuild themselves after suffering major landmine injuries." Watch the Skype conversation between Paul Pogba and the rehabilitation football team in Kabul.

Before making the UEFA donation to the ICRC, Juventus and French international midfielder Paul Pogba said:

"It's an honour for me to take part in this occasion, and to have been chosen. The people at the ICRC rehabilitation centre in Afghanistan are extremely courageous to hold on to their dreams and never give up, because they have experienced a lot, often at a young age, and they are brave enough to keep on playing football, even though they have lost a limb. They are incredible, and I congratulate them for that. When I play football, I think a lot about these people, because when you are off the pitch, life goes on, you are a normal person. We are incredibly lucky, and we have to realise that."

"When you are hit by a landmine, your body is totally devastated and your identity is deeply shocked. It's deeply traumatic. Sport, and especially football, is incredibly powerful. It helps you rebuild your identity and reconnect with the community. The positive impact of scoring a goal with your new limb is immeasurable. UEFA has been a committed partner in making this happen in Afghanistan for nearly a decade."