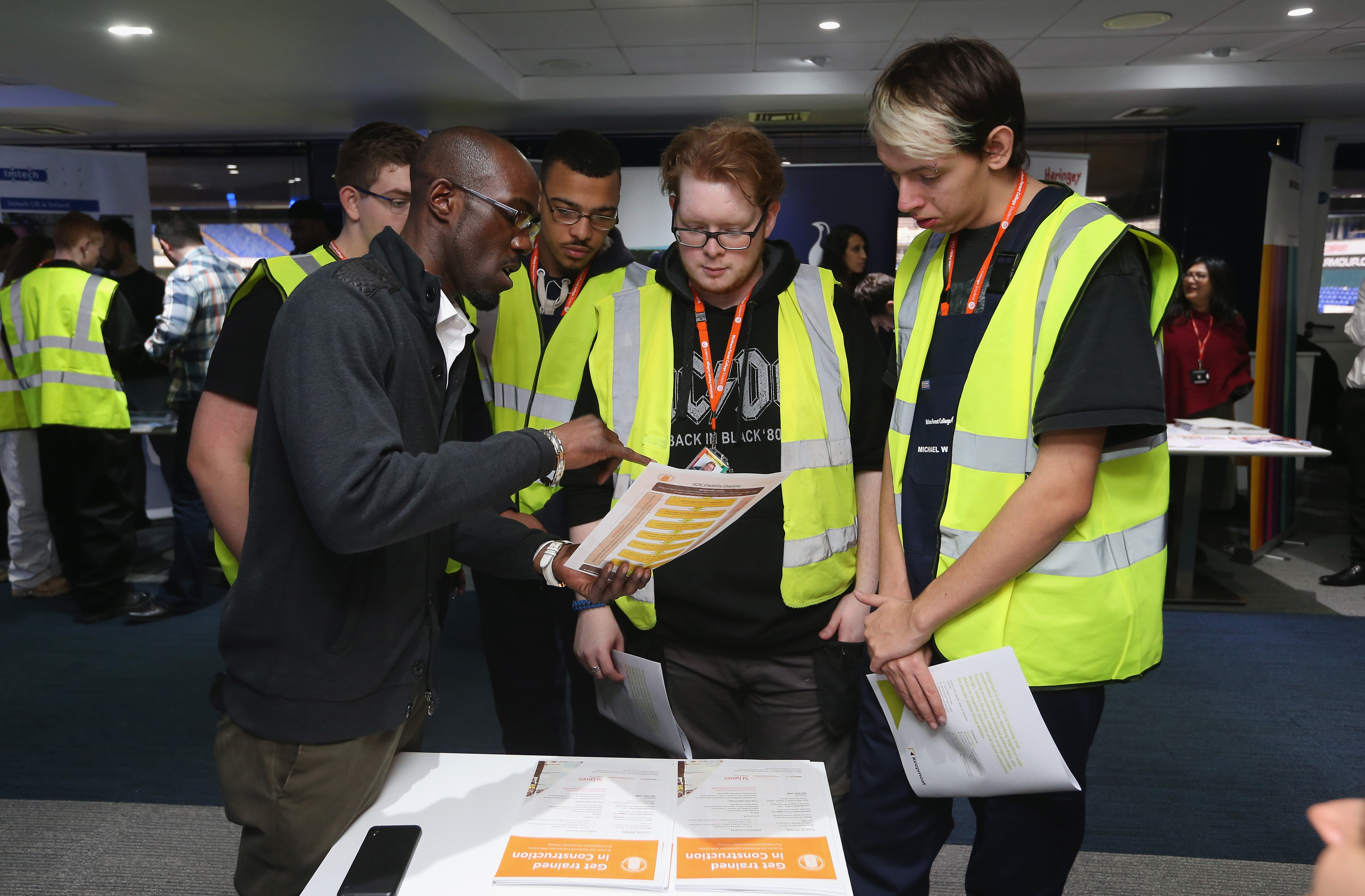 Tottenham Hotspur Football Club hosted its first construction-focused Jobs Fair at White Hart Lane as part of its continued aim to deliver employment opportunities on the site of its new stadium development.

A total of 20 employers, including contractors and sub-contractors involved in building the Club’s new 61,000-seater venue, offered live jobs and training opportunities to around 500 local young people in attendance.

An estimated 3,000 construction jobs are expected to have been delivered by the time the new stadium opens in August 2018, and the Club is ensuring that people living within the local area benefit from the employment opportunities created by the scheme.

Harrison Dike, 35, from Edmonton, North London, was employed on the spot by Base at the Jobs Fair and starts work on the stadium construction site on Monday.

He said: “I am delighted. I wasn’t sure what to expect when I came here today but I am passionate about construction and, as a local person, have been closely watching the stadium development progress.  It is exciting to be a part of it.”

The Academy will aim to recruit teenagers interested in construction careers on a two-week programmes that involves on-the-job training on the site of the new stadium development.

The Club today directly supports 1,100 jobs in the locality – 650 employed directly on site by the Club, the Foundation and Sainsbury’s; and 450 supported through the Club’s supply chain, spending and direct activities.

In addition, the spending of supporters and visitors to Tottenham as a direct result of the Club’s activities supports a further 730 jobs locally. The Club currently therefore supports over 1,800 jobs locally and pumps around £120 million into the local economy each year.

When complete, the development will support around 3,500 jobs, with £293 million pumped into the local economy each year. An increase of 1,700 new jobs and £166 million local spending a year – an enormous impact for an area in real need of new jobs and more economic activity.