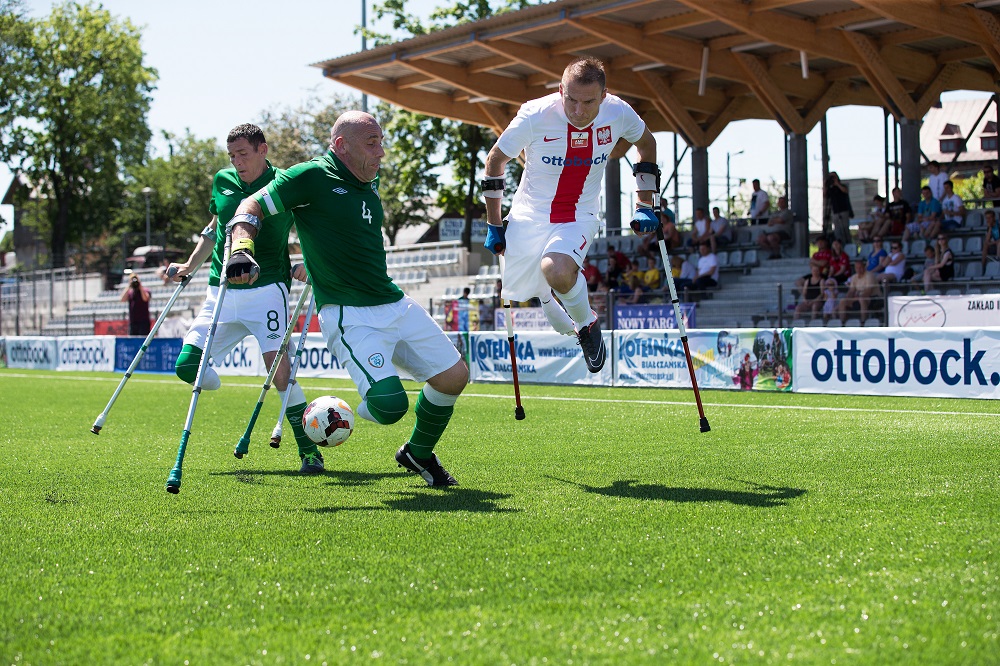 The European Amputee Football Federation is hosting the first ever European Championship of its kind in Istanbul, in the opening weeks of October 2017.

The tournament has welcomed teams from 12 national leauges, who are all competing to be crowned champions of the inaugural competition.

Games are seven-a-side, played on a half-sized pitch over 25-minute halves. Eligible players only have one standing foot and cannot control the ball with their crutches or residual limb.

Amputee football is a rapidly growing discipline and a dynamic and spectacular game, with no shortage of on-field action. In the host country Turkey, for example, 24 clubs exist, bringing together more than 550 players. The matches are widely broadcast on public television.

With UEFA's backing, amputee and limb impaired children's football camps are being organised throughout Europe, as well as conferences for coaches and referees. The EAFF also hopes that the sport will soon become a Paralympic Games discipline - if the current tournament is a success.

The federation's member countries include England, France, Germany, Italy, Poland, Republic of Ireland, Russia, Spain, Turkey, Ukraine, Belgium, Georgia and the Netherlands. These teams all competed at the Amputee Football World Cup in Mexico in 2014.