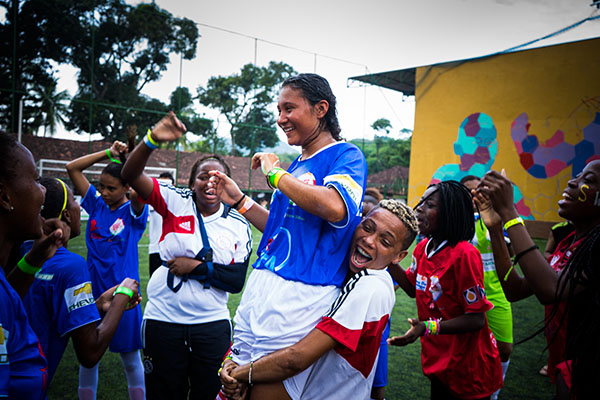 Streetkids United II - The Girls From Rio is a documentary film about a life-changing experience for a group of girls from the favelas in Rio de Janeiro, the Favela Street Girls, who are chosen to represent Brazil during the Street Child World Cup 2014. The girls, who have faced crime, violence and social problems during their lives, and their coaches work hard to become a winning team. Their journey to the unknown finally rewards them with much more.

Streetkids United II - The Girls From Rio is the sequel to Streetkids United, the documentary film that captured the South African team at the first ever Street Child World Cup in Durban in 2010. That event saw eight teams of homeless children from around the world competing for their own trophy.

Premier League and PFA get behind Sporting Memories Network