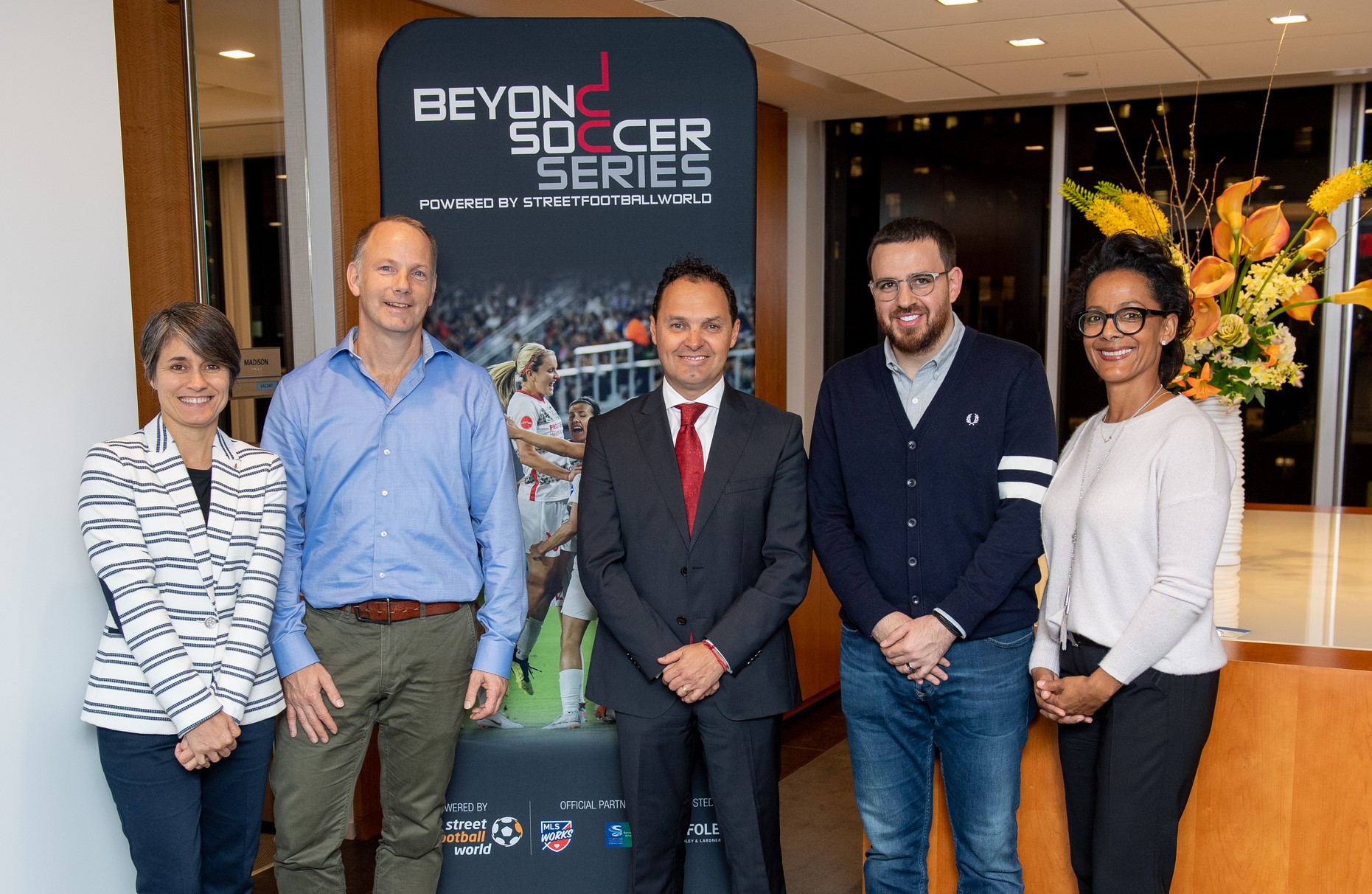 The Beyond Soccer Series – powered by streetfootballworld – returned to New York on November 13 to spark a discussion on the opportunities to create positive social impact through the upcoming World Cups.

Following the historic announcement that Canada, Mexico and the United States will jointly host the 2026 World Cup, panelists and speakers representing each of the countries shared their insights. Renata Simril, President & CEO of LA84 Foundation - the legacy of the 1984 Olympic Games - also shared her expertise in a keynote showcasing best practice on how a major sporting event in the US can create a long-term social legacy.

The packed event brought together influential voices from across the North American soccer industry - including representatives from professional leagues, sporting federations, national governing bodies and teams - together with business, government and the media.

Darren Bloch, Senior Advisor to New York Mayor Bill de Blasio and Director of the Mayor’s Office of Strategic Partnerships, kicked off the evening by encouraging the audience to think big in using the opportunities to energize communities through the power of soccer.

Simril followed, stressing her four keys to lasting social legacies: being intentional in thinking about the legacy you want to create early on; identifying partners and sponsors who share your vision; partnering with organizations who have a true understanding of legacy and can help carry it on post event; and, to embrace fiscal prudence  and responsibility. On the last point, she specifically noted, “the number one reason we exist is because we thought about our resources beforehand.”

Mike Geddes, Managing Director of streetfootballworld USA, moderated the evening’s panels, the first of which featured legacy experts from around the globe. 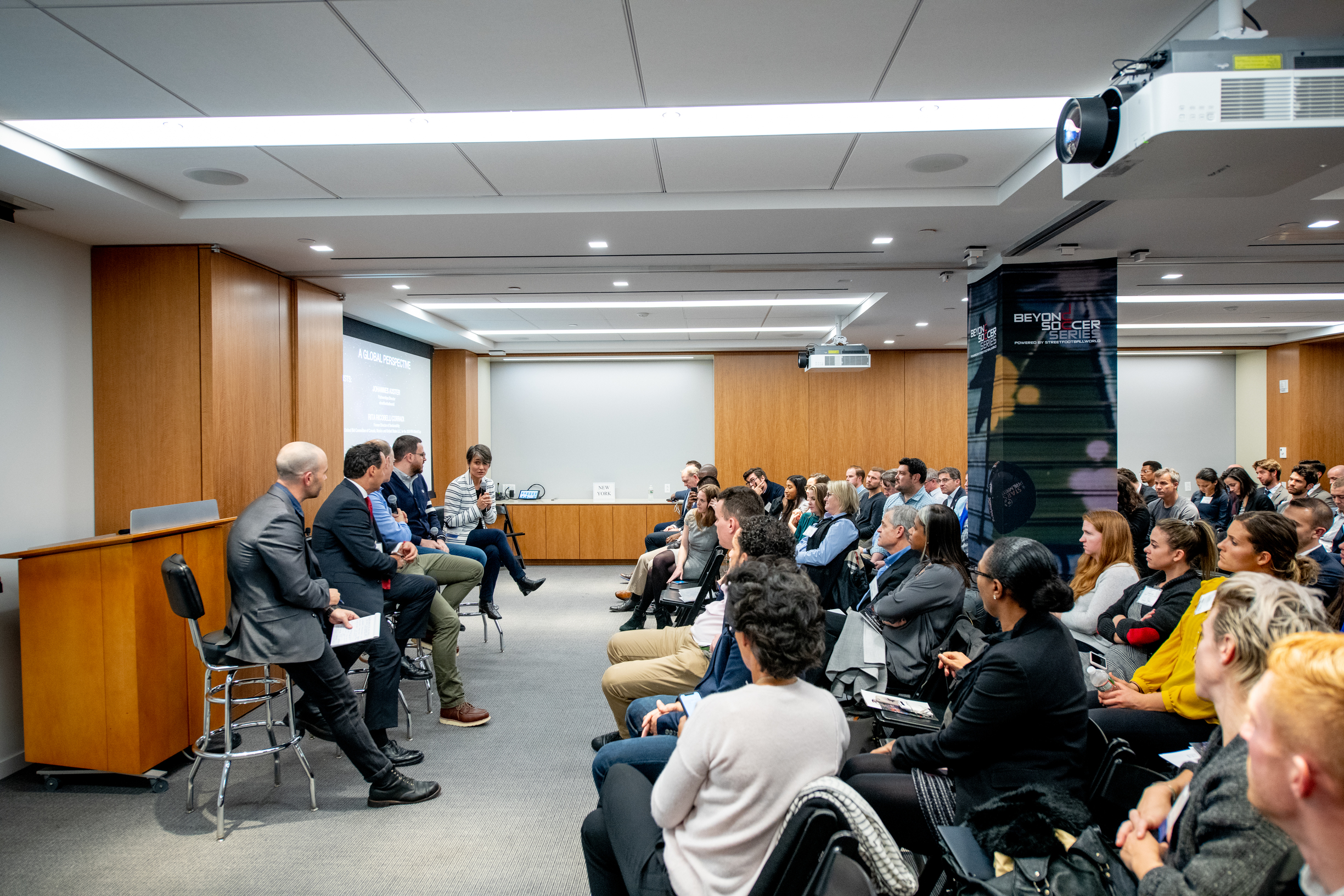 Rita Ricobelli Corradi, Director of Sustainability for the United Bid Committee of Canada, Mexico and United States LLC, for the 2026 FIFA World Cup, questioned the audience to think on how to engage fans to work on improving their own communities through mega sporting events. "Imagine what is possible if we can engage football’s 3.5 billion fans?"

Johannes Axster, Head of Partnership Development at streetfootballworld, shared the work they did with FIFA in 2010. He noted that the greatest potential for impact can come from building on what's already in place to ensure legacy, speaking specifically on the '20 Centers for 2010' project.

Ahmed Shamseen, Marketing and Communications Manager at Generation Amazing, the social legacy of the Supreme Committee for Delivery and Legacy - Qatar 2022, and official partner of Beyond Soccer shared on their approach: “We thought about legacy long before even placing the bid and looked at the crises where we can create an impact, particularly concerning refugees. It's not just a game, but a chance to change lives," Shamseen said.

Alejandro Hutt, CEO of World Champion Experience and CSR Advisor to Federación Mexicana de Fútbol Asociación rounded out the first diverse panel of experts. “The Mexican National team is the only team in the world to play home matches in two countries,” Hutt said, citing the number of Mexican Americans in the US and general trend of globalization. “The legacy opportunity for a United bid is not just in North America, it will be truly global.”

The evening’s second panel, “The Opportunity for North America: Social Legacy from 2026,” featured perspectives from current and former players. 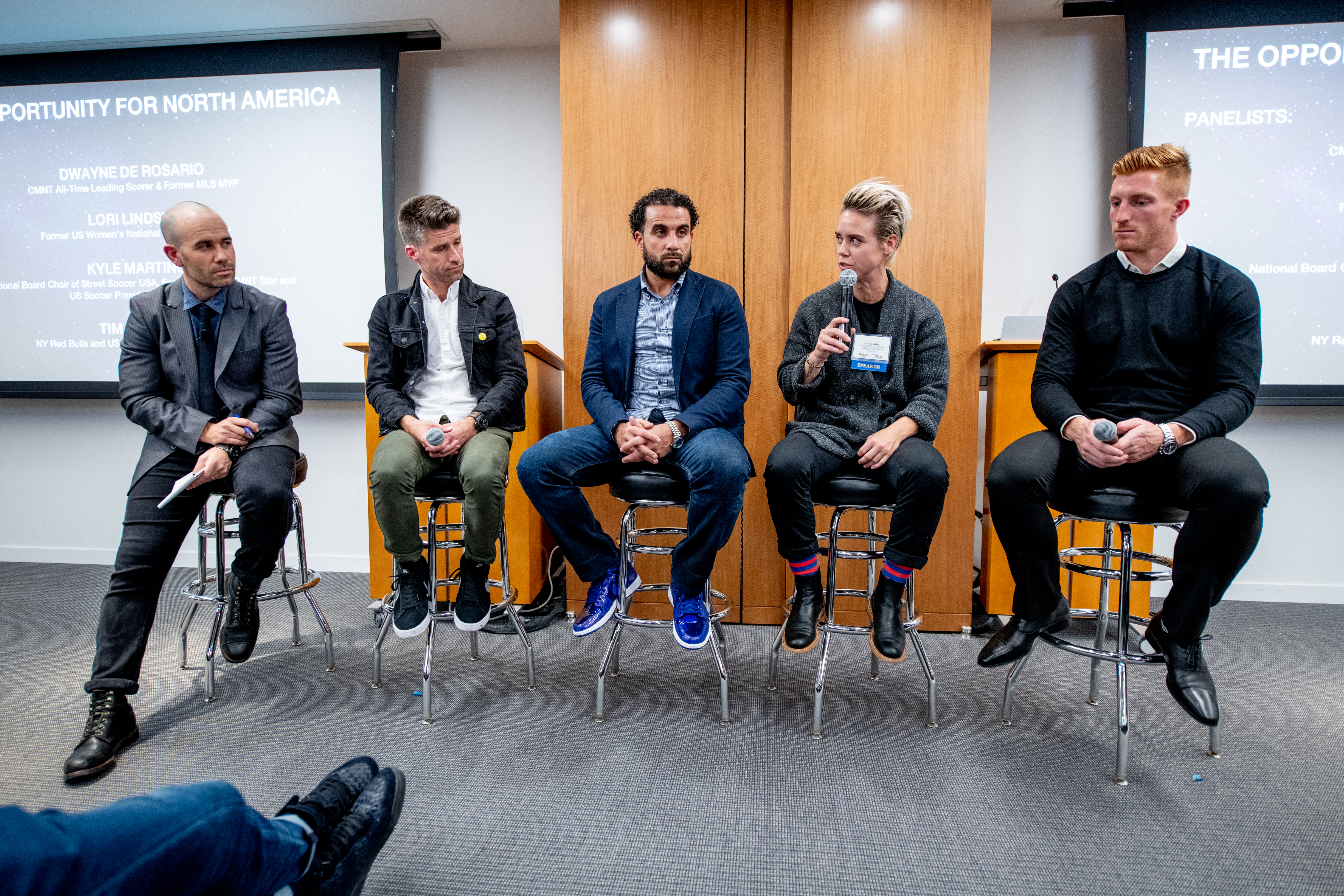 National Board Chair of Street Soccer USA, Former MLS & USMNT Star and US Soccer Presidential Candidate Kyle Martino urged attendees to maximize the returns on such a momentous occasion. "The World Cup is one of the most powerful vehicles on the planet. It's an incredible gift if used in the right way," he said.

CMNT All-Time Leading Scorer & Former MLS MVP, Dwayne"DeRo" DeRosario expressed his hopes on what could be accomplished through soccer. He shared how he is using his platforms to support local community initiatives that use soccer to help youth the skills and confidence they need to succeed. 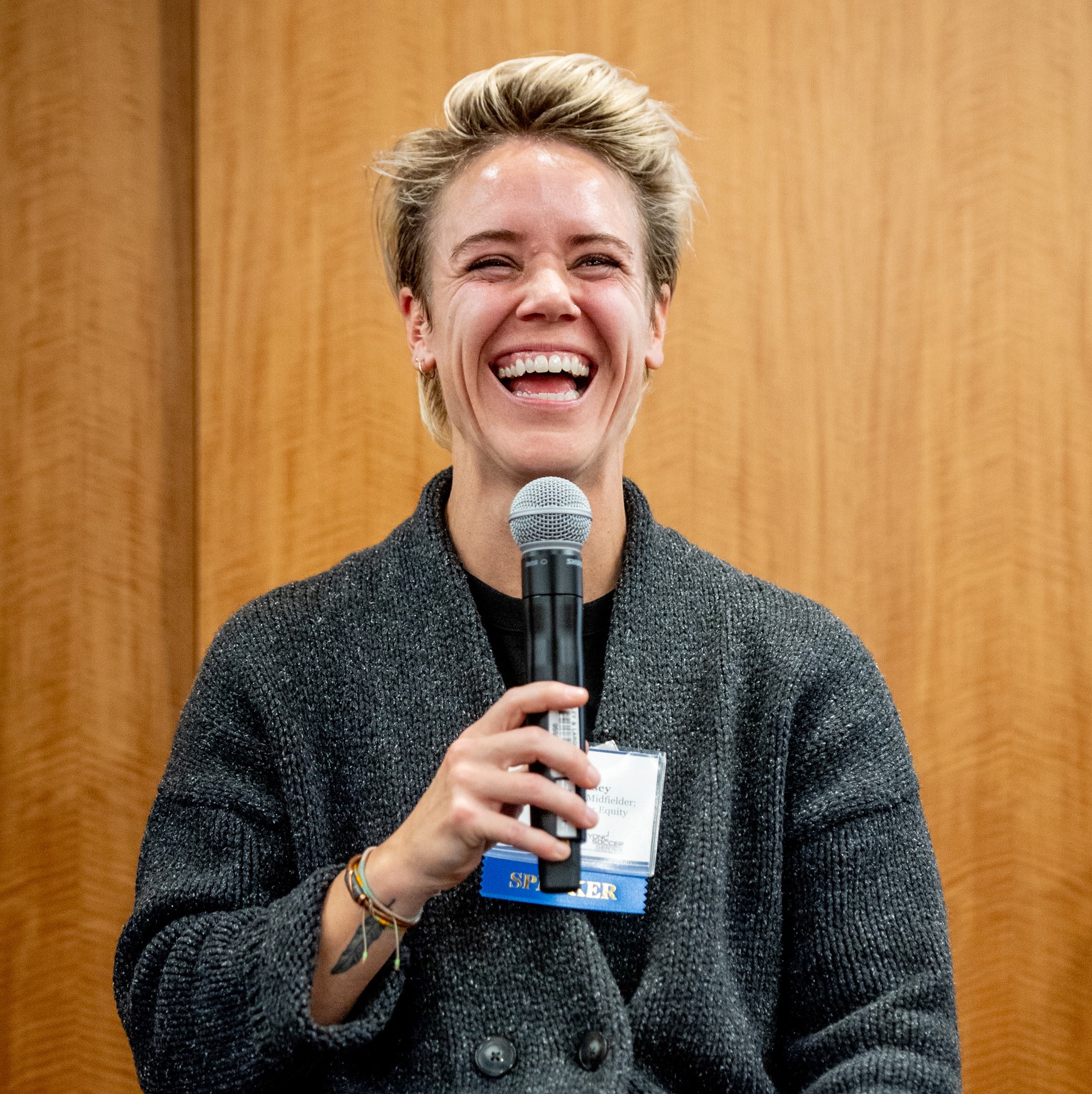 Lindsey shared her desire to get more women involved in leadership on the men's side of "the beautiful game" across the board. And, Parker spoke on his hope of using his platform as a "local Long Island" guy to grow the game in New York.

Beyond Soccer is jointly organized by Beyond Sport and streetfootballworld. Since 2011, events have been held in cities across three continents, including: Cape Town, South Africa; Yankee Stadium, New York USA; and Emirates Stadium, London, UK. The 2018 event was supported by Official Partners MLS and Generation Amazing, and Host Partner Foley & Lardner LLP. 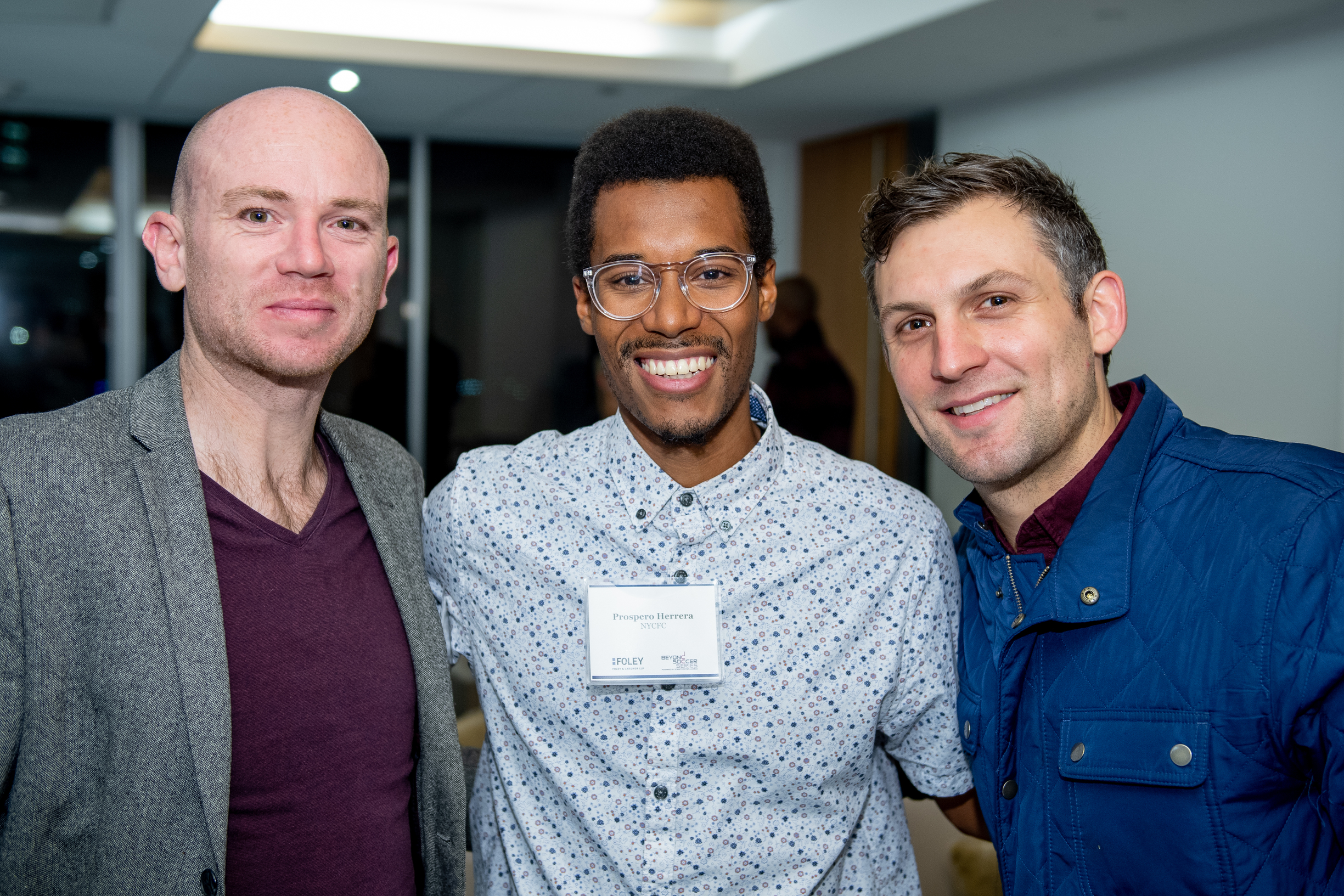