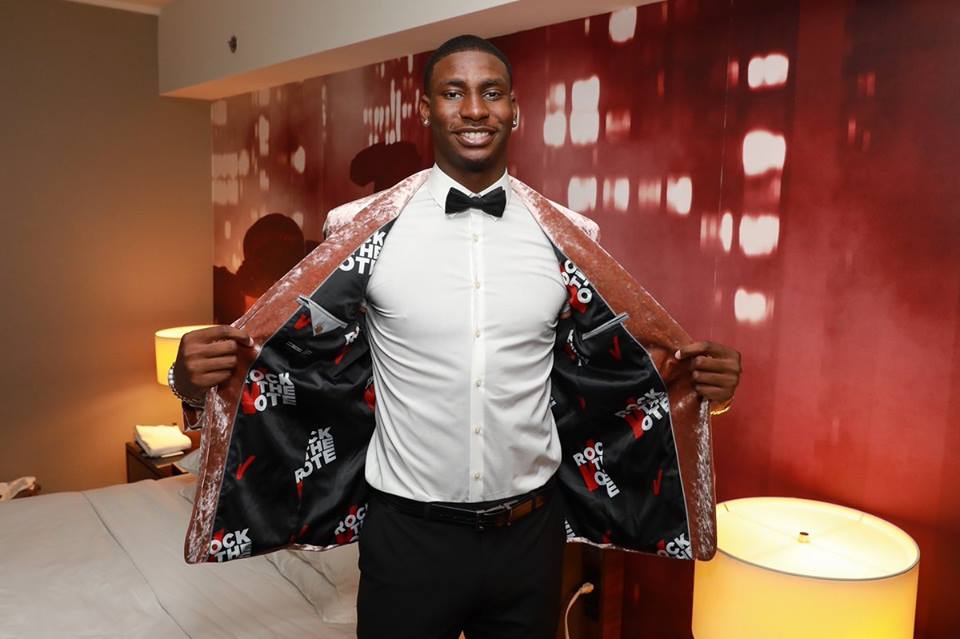 Kevin Durant, Steph Curry  and WNBA Team, the Chicago Sky, are a few of the latest athletes and teams lending their efforts and influence to a US voter registration campaign led by  nonpartisan organization Rock the Vote. The organization works with brands, tech companies, advocates and nonprofits to engage and empower young people to participate in the political process -- including a division of ‘Athletes Who Rock the Vote’.

Forward Kevin Durant said: “Trying to get registered to vote, man. It’s important. You get to dictate the future by doing this.”

Rock the Vote teams up with those in the sports world to empower and inspire a new generation, noting that  past and present athletes have played a significant role in giving young people a voice and inspiring them to take action. In speaking on a partnership with the WNBPA earlier this year, Rock the Vote President Carolyn DeWitt stated, “Athletes are uniquely positioned to empower the next generation–first time voters and communities of color­–to make their voices heard on the issues that matter most.”

The Chicago Sky  teamed up with Rock the Vote to encourage Sky fans to register to vote and vote. Rock the Vote created a custom text-to-code so fans could text a number to receive all of the information needed to check their registration status, register to vote, and sign up for voting reminders. Chicago Sky promoted the partnership and text-to-code on the jumbotron and made multiple call-to-action announcements to fans during games.

Championship-winning coach of the Golden State Warriors, Steve Kerr, has long used his platform as a prominent sports personality to speak on political issues. “It says in the Constitution that we are a government of the people, for the people and by the people,” Kerr says in one of the videos that is part of the newest initiative.  “And guess who the people are: Us. So let’s get out there.”

And it’s not just youth who are being inspired to take  part in civic engagement. In addition to helping ensure that young people are aware of the US’s upcoming November midterm election, Warriors guard Shaun Livingston is  helping teammates, friends and family to sign up. He, himself, stated “I’m getting registered today, for sure.”