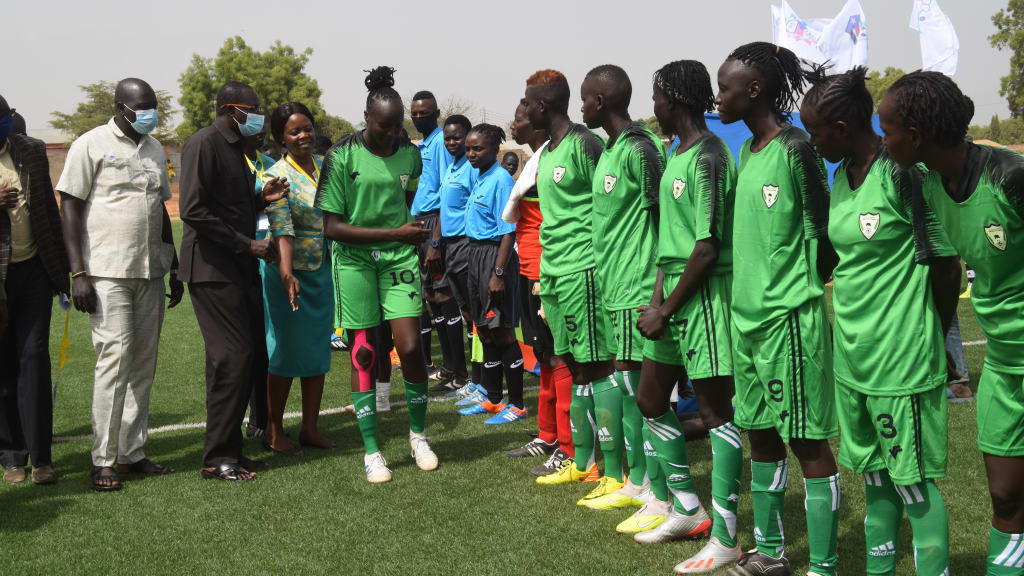 South Sudan kicked-off its first-ever National Women’s Football League as a milestone moment in its women's football strategy. The South Sudan Football Association’s (SSFA) and team hope that the spotlight they'll gain from press will help change the mindsets around girls and women’s sports in the nation.

Last weekend's launch is a key component of the association’s four-year long Stars Unite strategy. The initiative pledges to build a transparent, inclusive and sustainable future for women’s and girls’ football in South Sudan.

In the two years since the national women’s team played its first match, the well-credentialed Shilene Booysen was named South Sudan’s coach for the 2023 FIFA Women’s World Cup™ cycle. The appointment reflects the SSFA bold goals on being the number one women’s football nation in the region.

Booysen, who was on South Africa's coaching staff for France 2019, recognised the desire within the federation, saying: “When I saw what South Sudan was doing in terms of women’s football and the strategy that the SSFA has put in place ... I have always wanted to be a part of something like this.”

“The women's league is going to boost the increase of a number of women and girls playing football in the country at all levels including the national league, grassroots tournaments, schools and communities in line with one of our key strategic goal to increase the number of women playing football. This will be the first time players will be competing competitively so it is really exciting.”

Sseninde says there are traditional social stigmas that need to be overcome when it comes to females playing sport. Changing mindsets, it is hoped, will be an indirect positive spin-off from the profile a national league offers. “It is a great challenge we have on our hands to change mindsets, especially in some areas it is normal for young girls at 15 to be married off to rich men. They are not allowed to be involved in sports after that, which is really sad."

The national league is a key pillar in the SSFA’s long-term goal for women’s football. Among the goals are to obtain a FIFA ranking for the very first time and be the number one nation in East Africa.

“We are building something special, we are creating a firm foundation not just for us but for the future generations of all women's footballers in South Sudan to come. We want to be the best both on and off the pitch,” says Sseninde.

“We have a vision and despite the challenges, we want to focus on the process of our journey together. We are maybe a new country but we surely are committed with every bit in us to be one of the best in the near future.”