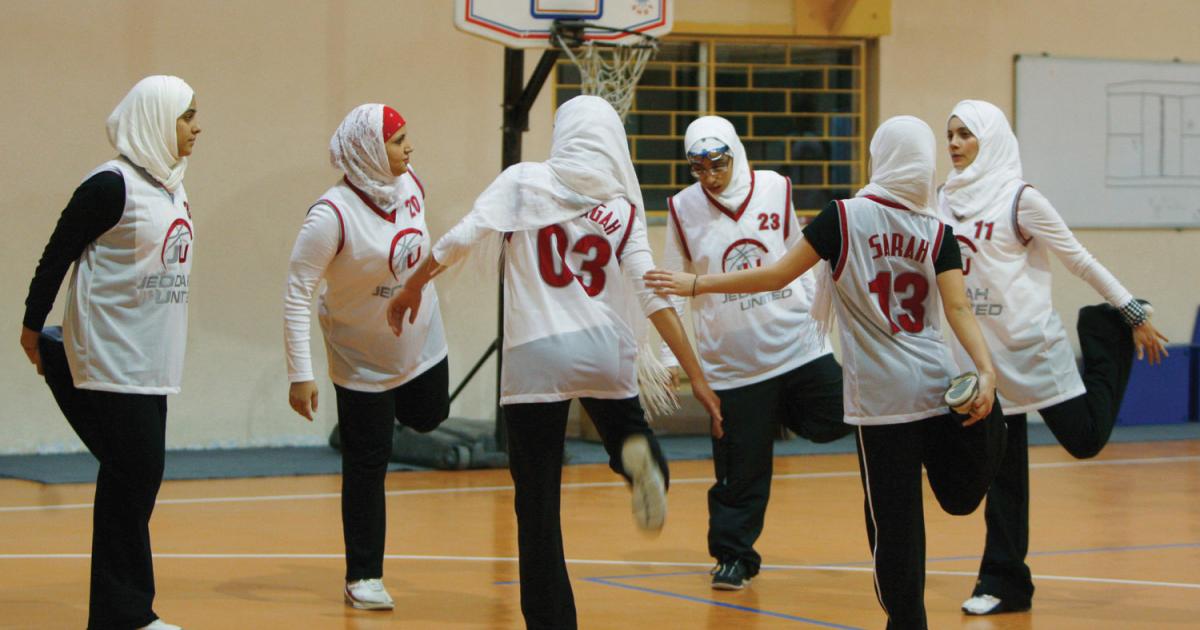 Girls in Saudi Arabia will receive physical education lessons as part of the curriculum in public schools from next year. The long-awaited reform was announced by Education Minister Ahmed al-Issa on Tuesday 11 July. Classes will be gradually implemented at public schools from September 2017, allowing schools time to make sure qualified teachers can be found and facilities upgraded.

Human Rights Watch said that Saudi Arabia’s reversal of its longstanding ban on sports for women and girls in public schools is a vital step forward for the nation. But serious hurdles, including the country’s male guardianship system, remain in place, preventing women from fully accessing the education and health benefits of sports exercise.

The announcement, published on the Education Ministry’s website, states that Saudi girls’ schools will offer a physical education program beginning in the fall 2017 school term “in accordance with Islamic law standards” and would scale up “according to the possibilities available in each school” including sports halls and qualified female instructors. The statement said that the ministry made the decision to fulfill the Global Goals of Vision 2030, an ambitious government roadmap for economic and developmental growth.

“This overdue reform is absolutely crucial for Saudi girls, who have been denied their basic human right to health through exercise, joining teams, and the long-term health, economic, and education benefits of sports,” said Minky Worden, Director of Global Initiatives at Human Rights Watch. “This important step forward can advance human rights and health for women despite the daunting legal hurdles that remain in the country.”

One Saudi women’s rights activist told Human Rights Watch that she welcomed the announcement but warned that it did not offer details of how it will be carried out. She discussed the worrying lack of female coaches and instructors, and also mentioned that no girls’ public school in Saudi Arabia currently had any investment in sport.

Saudi Arabia lacks government sports infrastructure for women, with all stadiums, sport clubs, courses, expert trainers, and referees limited exclusively to men. Official sporting bodies hold no sports competitions for Saudi women athletes in the country, and do not provide support or training to Saudi sportswomen hoping to compete in regional and international competitions. However, in August 2016, the General Authority for Sports, which functions like a sports ministry, announced a new female department and appointed Princess Reema Bint Bandar Al Saud as its head.

Human Rights Watch have said that Saudi Arabia should continue to build upon recent reform and open sections in more than 150 Saudi Sports Federations to women, and remove the ban on women spectators in stadiums.

For the past decade, Human Rights Watch has advocated strongly for access to sports for women and girls in Saudi Arabia. Most recently, in its 2016 research, they found that women were increasingly claiming their right to play sports, but that the country’s national policies and male guardianship system created sometimes insurmountable hurdles to meaningful participation in exercise. The male guardianship system effectively prevents women from having the authority to make critical life decisions for themselves, and remains the most significant impediment to women’s rights in the country to date.

Women regularly face difficulty conducting a range of transactions without a male relative’s consent or presence – from renting an apartment to filing legal claims. They are also barred from driving in Saudi Arabia, which is a barrier to taking part in team training or sports.

“Sports for girls in Saudi state schools is a significant advance that gets the reform ball rolling,” Worden said. “But women and girls will not be able to see the full health, economic, and education benefits of sport until the male guardianship system is gone.”