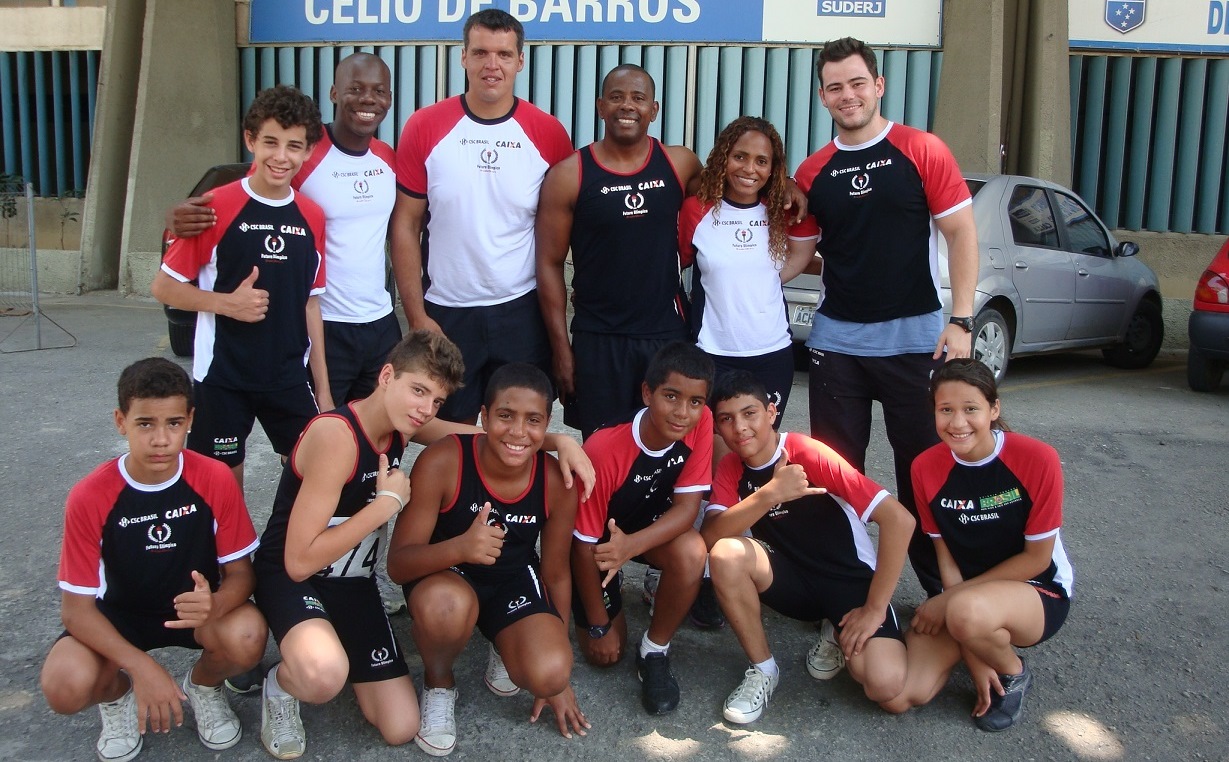 The QOC has today announced details about its ‘Shine’ project, which officials hope will deliver a compelling legacy from the Rio 2016 Games. The project will provide an opportunity for underprivileged young athletes from across Rio de Janeiro to train at Qatar’s world-class facilities at the Aspire Academy for Sporting Excellence, with specialised coaching and sports science support.

The QOC, Qatar Athletics Federation and Aspire Academy have partnered with Futuro Olimpico, an NGO founded by Brazil’s Olympic bronze medallist from Atlanta ‘96, Arnaldo de Oliveira, and the Rio de Janeiro Athletics Federation to identify Brazil’s most talented young athletes to participate in the project. An athletics competition held on 22nd May will see almost 200 athletes battle it out to become one of ten winners of the trip to Doha.

“The Qatar Olympic Committee is fully committed to the IOC’s Olympic Agenda 2020 reforms, particularly in terms of strengthening sport in society, spreading the Olympic values, and blending sport, education, and culture. We believe in the power of sport to change lives. We are determined to ensure that we grasp the opportunity of the Rio 2016 Games to deliver a true, meaningful legacy for Brazil’s young athletes. Through Shine, the QOC aims to utilise its resources and commitment to the global development of sport to provide support and assistance on the young athletes’ journeys to become Brazil’s next Olympic heroes.”

Futuro Olimpico was founded in 2007 with the goal of taking athletics to students at Rio de Janeiro’s public schools. Currently around 200 students participate in the project, which offers them support not only on sports matters but also provides them with education, medical, social and psychological assistance. Speaking about Shine, Arnaldo de Oliveira, said:

“We are so grateful to the Qatar Olympic Committee for providing this fantastic opportunity, which will assist the future careers of these talented athletes from Rio de Janeiro. I am so pleased that the Rio 2016 Olympic Games are providing an opportunity for Brazil and Qatar to unite in support of the development of young athletes who might not otherwise have the chance to fulfil their potential. I am very excited to start our partnership and see the results over the months and years ahead.”

The Aspire Academy for Sporting Excellence aims to identify and develop the best young athletes in Qatar, whilst providing them with high quality education. Its most notable graduate is high jumper Mutaz Barshim, the current World Indoor Champion, who this year will aim to become Qatar’s first-ever Olympic Champion. The academy regularly hosts training camps for Asia’s most talented young athletes enabling them to enhance their development and performance through tailored and optimised training programmes. Its world-class facilities have also played host to a number of high profile sporting events, including the 2006 Asian Games, 2010 World Indoor Athletics Championships, and the annual Gymnastics World Cup.

The QOC also today unveiled its ambitious plans to host ‘Bayt Qatar’, its unifying hospitality house for the Rio 2016 Olympic Games. Casa Daros, a former museum and historical heritage site in Botafogo, will be transformed into a venue that will share Qatar’s culture, heritage and passion for sport with the world. Utilising the very latest in innovation and technology, visitors will be able to travel on an interactive journey of Qatar to experience and understand its history, traditions and development into the global sports hub that it is today. The hospitality house will also bring together Qatari and Brazilian food, music and art in a unique fusion of the two countries, bridging sport, culture, education and diversity in a true celebration of life.

“Casa Daros will provide a spectacular setting to showcase Qatar’s culture, heritage and commitment to developing sport at every level. Qatar is a nation passionate about sport and we are very proud to be a part of the Olympic Movement. We have no doubt that Brazil will stage a vibrant, stunning and inspirational spectacle of sport this summer, and we cannot wait to unite our cultures, share our passion for sport and life, and celebrate Olympism at Bayt Qatar.”

Members of the public will be asked to make a small donation to Futuro Olimpico in order to enter the house, further strengthening the support that the NGO will receive through its partnership with the QOC and enabling more young athletes to benefit from the transformational power of sport. Following the Rio 2016 Games, Casa Daros will be converted into a Brazilian bilingual public school called ‘Eleva School’. As a further legacy from the Rio 2016 Games, the QOC will contribute to the installation and implementation of the school’s library.

Bayt Qatar will be open for the duration of the Rio 2016 Olympic Games and further details will be released over the coming months.