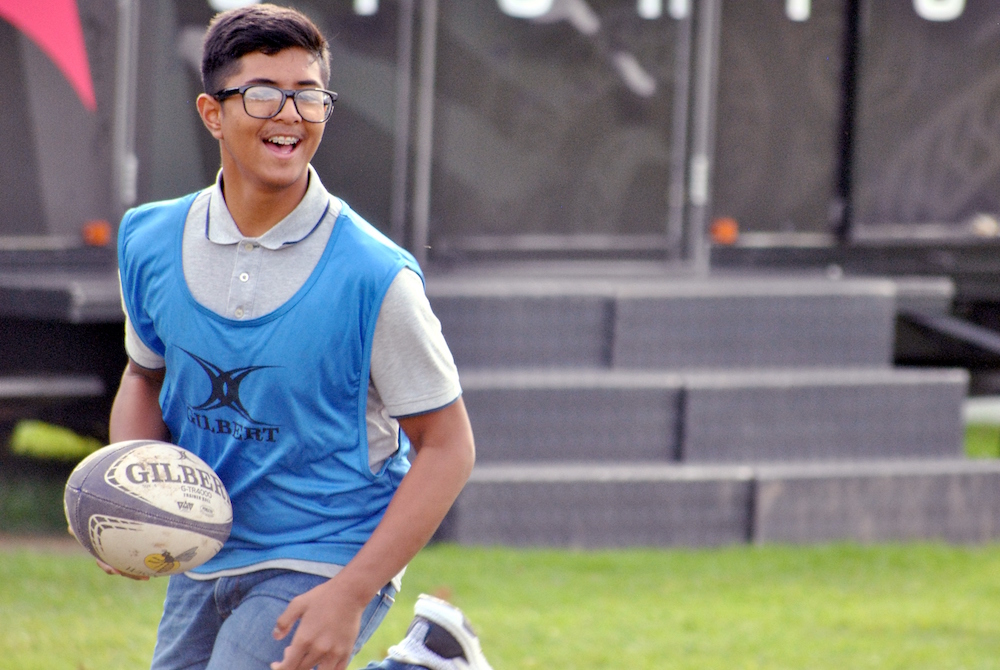 The project aims to reach over 12,000 participants by Summer 2018. By providing accessible opportunities to play rugby in over 200 community locations across England, transitioning new players and volunteers into local grassroots rugby clubs.

The project’s innovative approach will utilise rugby’s core values to increase levels of resilience and confidence among participants, as well as helping people to feel more connected to their local community.

Funded by a major investment, Project Rugby will utilise the knowledge of both organisations in growing participation in new communities and increasing diversity in the game.

“We’re delighted to announce the launch of Project Rugby, a landmark partnership between Premiership Rugby and the England Rugby which combines the assets of the professional clubs and the governing body to help the game reach out to new communities.

"This ground-breaking new initiative, that builds on our previous programming, will see young people from disadvantaged communities, Black, Asian and Ethnic Minority groups and disabled people across England given the opportunity to participate in regular rugby activity. We will be putting rugby on the agenda for the first time for many participants. Rugby is built on core values, Project Rugby will not only increase the number of people playing the game but will also harness these values, providing participants with essential life skills."

“The Project Rugby partnership with Premiership Rugby is incredibly significant for rugby union in England as we aim to demonstrate that it can be a sport for everyone. Having all 14 Premiership Rugby partner clubs actively engaging with these communities gives us a fantastic reach across the country and we’re looking forward to seeing new people participating in the game. Rugby has a unique ability to increase self-confidence and wellbeing as well as bringing people together and we want as many people as possible to benefit from the sport.”

Jess Cook, National Partnerships Advisor at EFDS, who attended the launch, praised the project's open approach to encouraging more diversity in the game. She said:

“Project Rugby is a really exciting way to link Premiership rugby clubs with the community. By working with hard to reach groups, including those with a disability, Project Rugby will share the love of the game and bring new people into the sport that might not have had the opportunity before. The benefits of playing rugby are numerous, with positive impacts on health, social wellbeing and self-confidence. I would encourage anyone to give it a try!”

For more information about the programme - vist their website here.