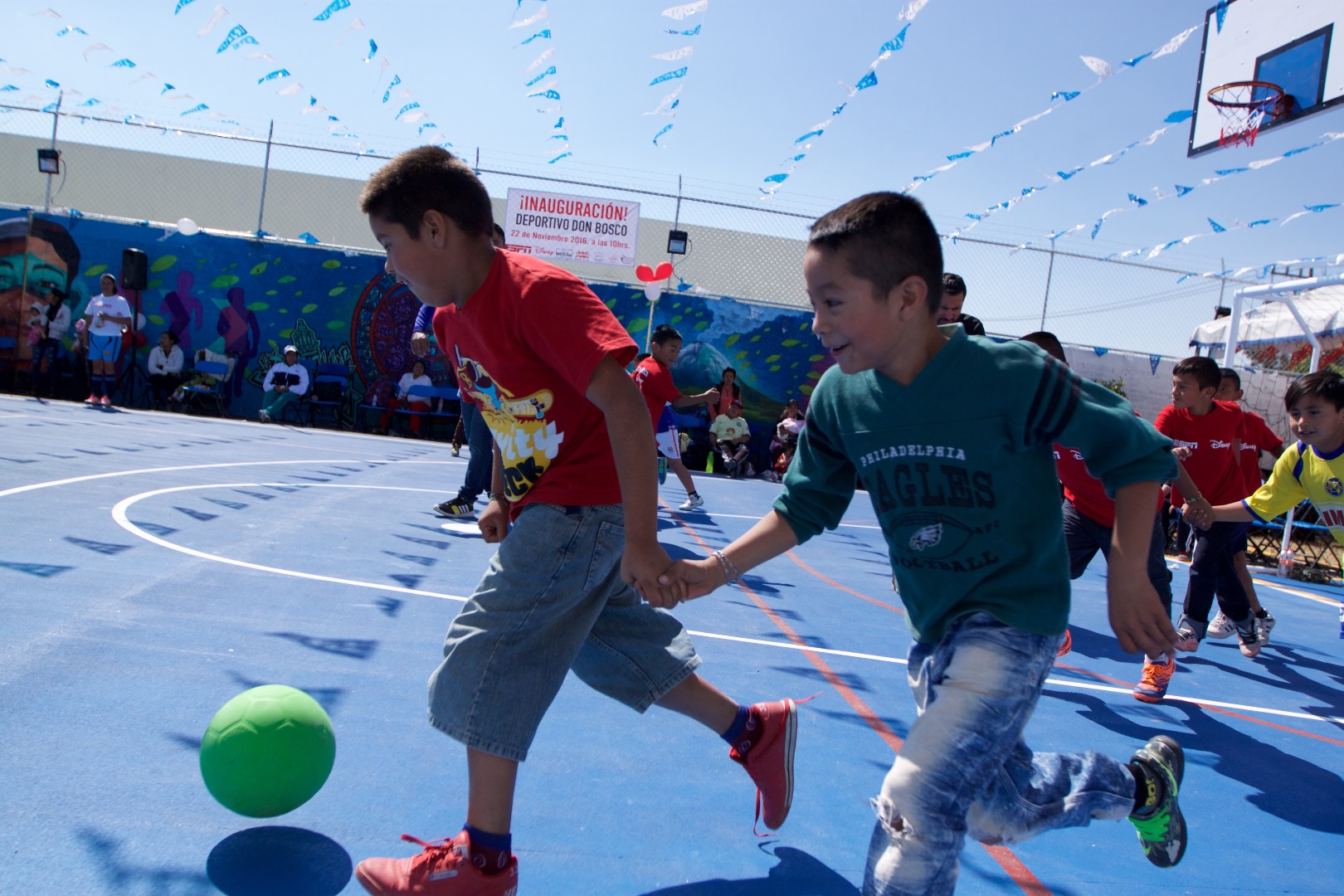 Civic leaders, community residents, government officials, and ESPN and Disney employees gathered in the community of Transportistas in Chimalhuacán today to participate in the opening of a new court space built especially for the community and its residents. The global project is led by ESPN and sports development organizations love.fútbol and A Ganar, alongside local organizations Street Soccer Mexico and Deportivo Don Bosco. 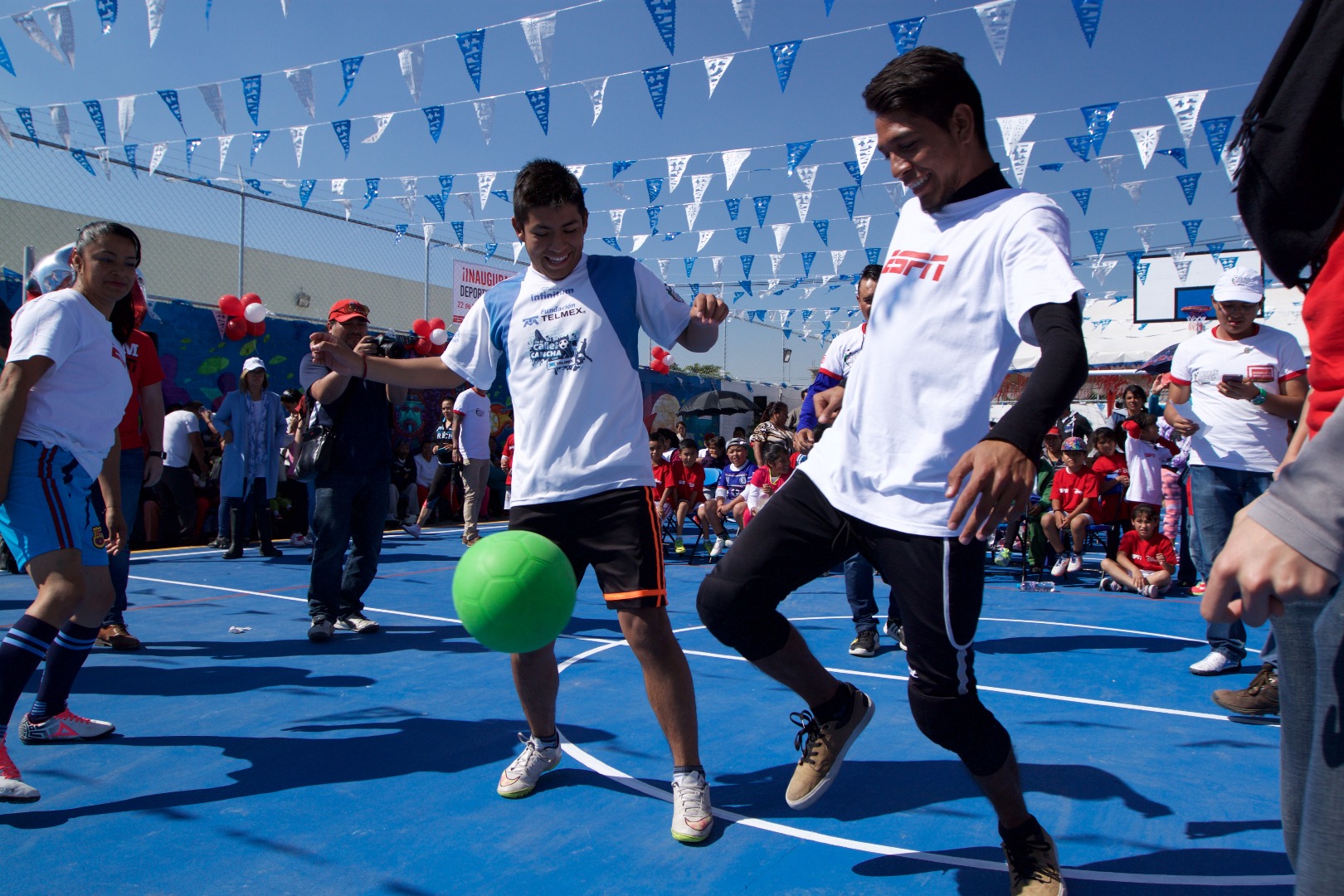 The newly revitalized space will be home to ongoing programming for young people in the community where they will learn job skills and be empowered to fulfill their potential, all through the power of sports. The program was developed by award-winning organization A Ganar, which uses sports as a vehicle to provide communities across Latin America with training and skills that lead to employment and enables young people to achieve success in life. The court space was enhanced by a KaBOOM! playground built to inspire kids to get up, get outside and get active. The new playground is one of dozens made possible with support from The Walt Disney Company, and it will provide a safe place to play for thousands of children in the area. 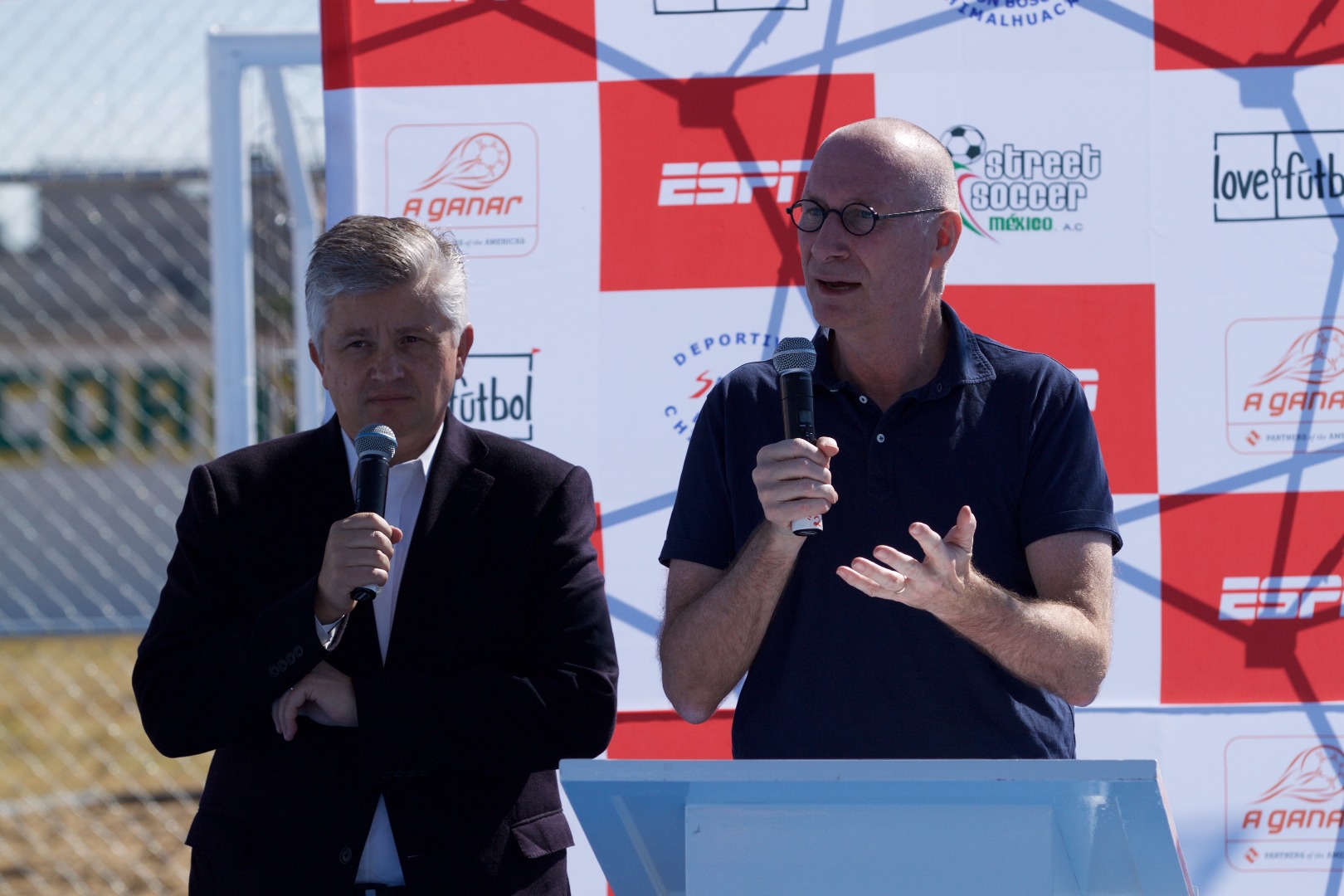 “At ESPN we believe that sports has the ability to transform lives, and we are proud to be able to serve communities around the world with programs that help us spread this message,” said John Skipper, co-chairman, Disney Media Networks and president of ESPN. “We are also excited to get our employees in Mexico involved in this effort and we look forward to seeing the community take advantage of this new space.”

“ESPN is committed to providing resources to kids in Mexico City to play sports,” said Russell Wolff, executive vice president and managing director, ESPN International. “We are pleased to collaborate with love.fútbol, A Ganar, KaBOOM!, Deportivo Don Bosco and Street Soccer Mexico to build this court and playground in a community where there is a need, as it can truly make a difference.”

The community of Transportistas in Chimalhuacán, carefully selectedbased on need, population and socio-economic status, will see sports and play opportunities renewed by the addition of this safe space. Located in a highly populated area that has high instances of violence, the space is the only active public place dedicated to sports in the surrounding neighborhood. 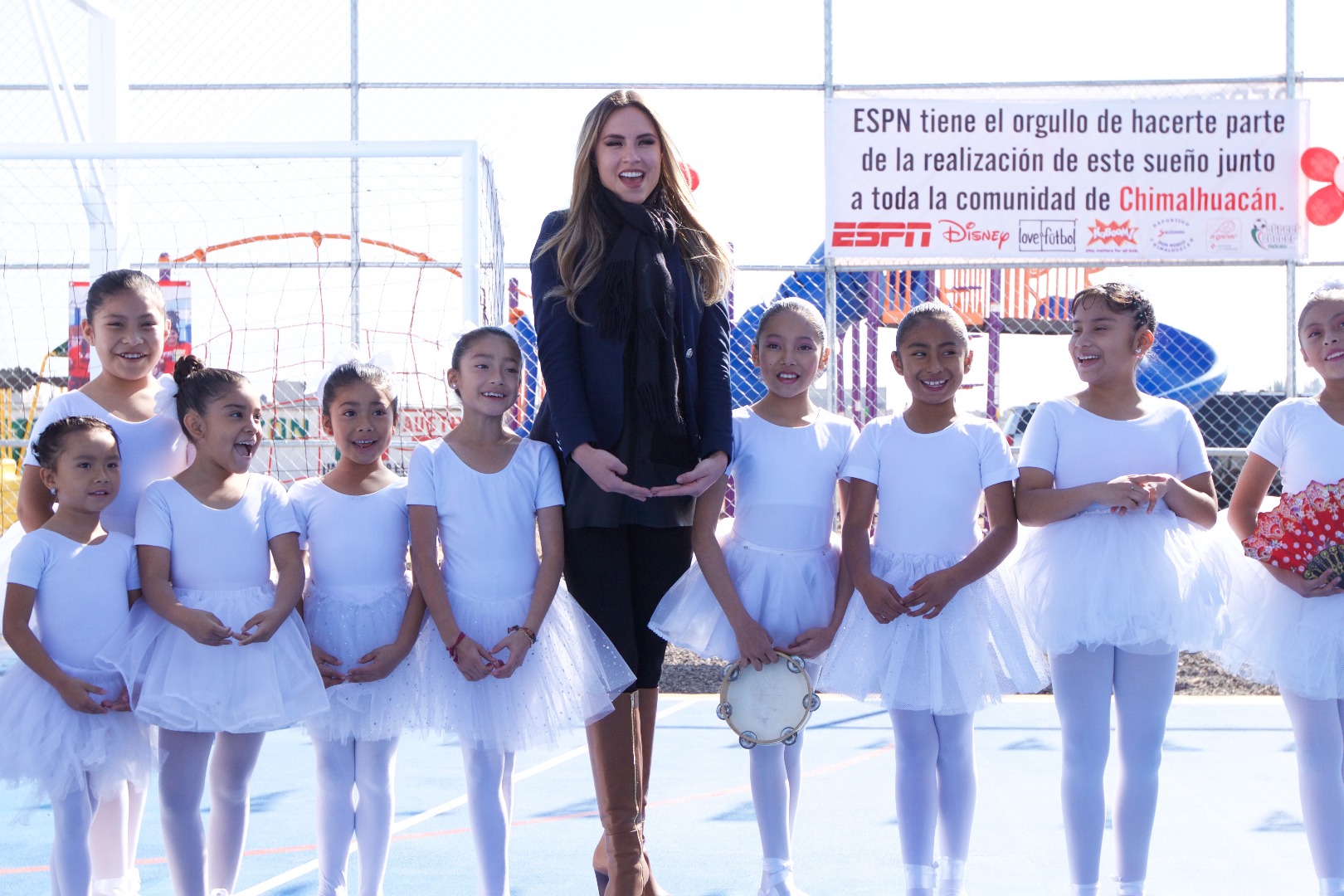 “We are thrilled to be able to support this community with sports programs that inspire social change,” said Gerardo Casanova, vice president and general manager, Latin America North. “We’re proud to team up with local and global organizations to ensure that people in these communities have access to a safe, accessible place to play sports.”

love.fútbol, which builds community sports facilities all over the world, helped to select the location for the new court, working closely with the local municipality, as well as Street Soccer Mexico, which has decades of experience providing services to the local community. The court was built and beautified with the help of community residents and ESPN employees. 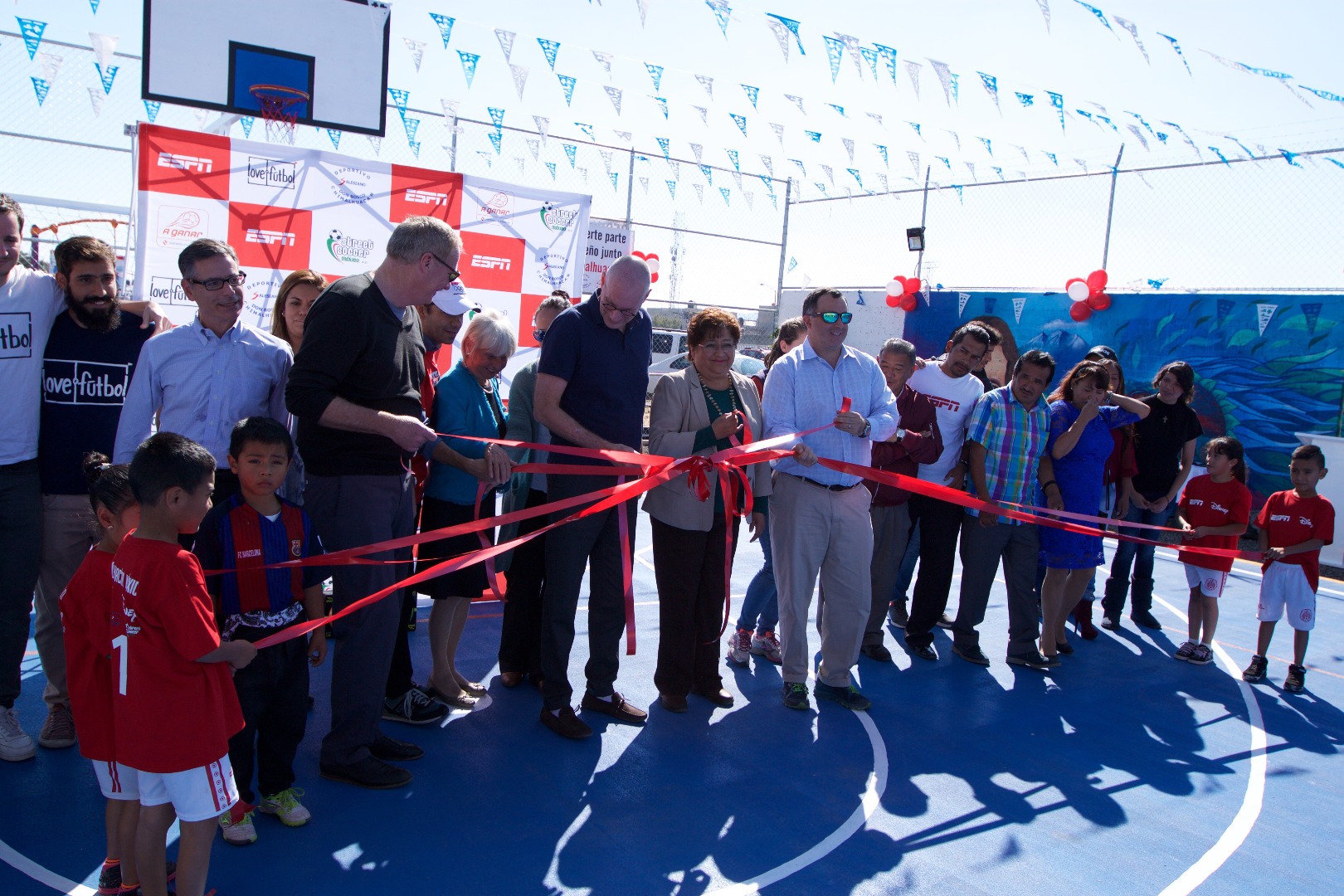 The event came on the heels of ESPN’s Monday Night Football telecast of the NFL game between the Oakland Raiders and the Houston Texans, giving Mexico City fans an opportunity to experience American football up close and personal.