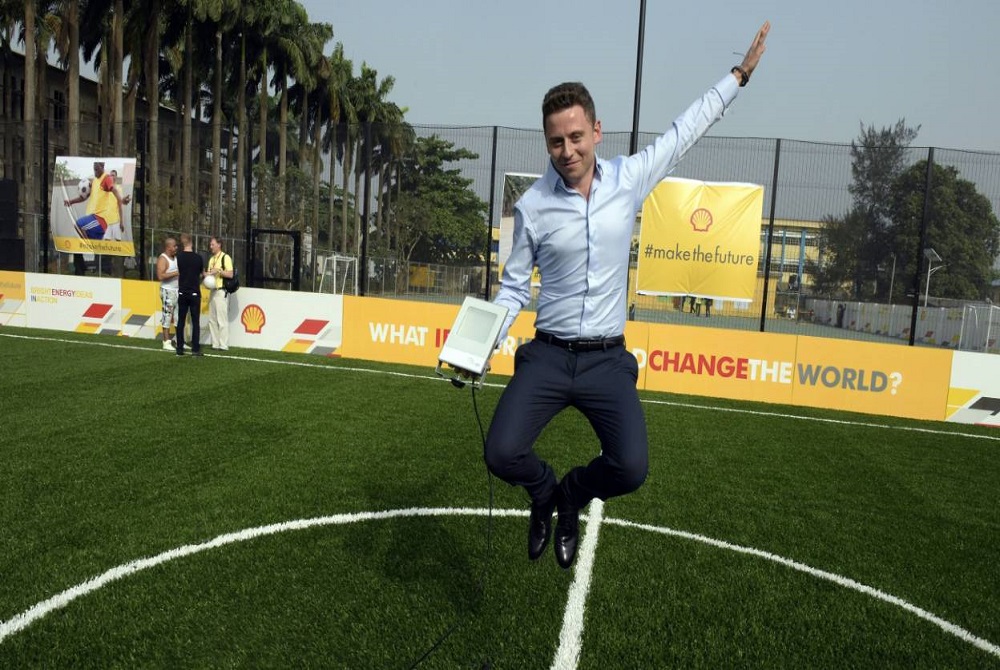 The first pitch in Africa to be lit solely by player movements has been inaugurated in Lagos.

The technology, designed by a young British engineer, consists of placing electronic tiles under the artificial turf, which is converted into power by kinetic energy. Each time a player steps on a tile, seven watts of electricity are generated and sent to a battery.

The stored power helps to feed six powerful but low consumption LED floodlights that shine on the pitch. Solar panels around the pitch complement the technology, stocking electricity throughout the day.

The system has already been installed at a soccer pitch in a favela in Rio de Janeiro, in football-mad Brazil, which hosted the 2014 World Cup.

The man behind the technology, Laurence Kemball-Cook, launched his own company Pavegen, four years ago. Since then, the invention has been installed in 150 locations across the globe from parks and airports to shops and even dance floors.

"Inspiring new generations with new technology is essential," he said, "particularly in Nigeria where residents often have just a few hours of power a day because of an erratic electricity supply. As a result, households and companies are forced to rely on heavily polluting generators."

Kemball-Cook said the pitch would not only help "create a community" but also showed the need to diversify Africa's energy mix.

"We need solar, we need other solutions as well... we need it right now, we don't want to be using these fossil fuel generators. We need to be using more renewable sources of power," he said.

With the initial cost of solar energy high, Kemball-Cook said he hoped to bring down the cost of the tiles by mass production to as little as $50 per square metre through economies of scale.

Rapper Akon made a surprise appearance at the launch of the newly built pitch. He has been involved in renewable energy projects with his Akon Lighting Africa, created in 2004, whose objective is to electrify Africa with solar energy. The project is already running in 15 countries and he is aiming for 34 by 2020.

ONE WEEK LEFT TO VOTE IN CITYZENS GIVING CAMPAIGN