The National Hockey League (NHL) and the National Hockey League Player’s Association (NHLPA) announced a new initiative last week committed to promoting the growth of women's and girl's hockey. The formation of the Female Hockey Advisory Committee, featuring 11 women from various backgrounds connected to the game, coincides with the launch of the NHL and NHLPA's first-ever Gender Equality Month campaign.

"The NHLPA is pleased to be collaborating with the NHL to establish the Female Hockey Advisory Committee," Maria Dennis, the committee chairperson and NHLPA Director of Player Health and Safety & Associate Counsel, said in a statement. "These women on the Advisory Committee have all enjoyed many successes in the game, from which we will be drawing on as we discuss how women and young girls can enjoy greater opportunities to participate in hockey. The goal of the group is to ultimately help grow the game, and we are looking forward to working together on this meaningful endeavor." 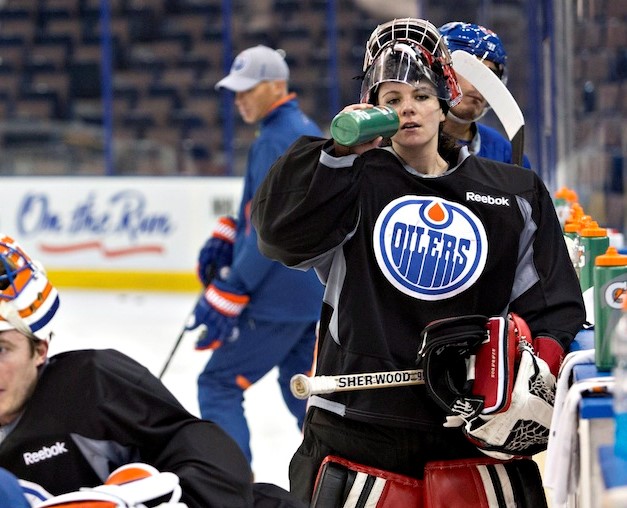 It's a cross-section of women's hockey that looks to use decades of high-level experience and involvement in the game to foster further opportunity in the sport for women and girls.

“Hockey has taught me so much on and off the ice. I’m honored to be a part of something that will help give more girls and women the opportunity to experience everything it offers,” Hall of Famer Angela James said. “This is a great opportunity for women on both sides of the border to come together in an effort to keep women’s hockey on an upward trend.”

Throughout March, stories featuring women in hockey will be shared across various NHL-related platforms, including broadcasts. Recognition of women's contributions to the sport, both in the past and present, are key to engaging further development.

“We hope this campaign – which recognizes the incredible contributions of women and girls in our sport – will resonate with the entire hockey community,” said Kim Davis, the NHL's Executive Vice President of Social Impact, Growth Initiatives & Legislative Affairs. “On the ice, behind the bench, in the broadcast booth or the front office, our sport has a place for women to participate actively and we look to unlock the potential of females in the game by showcasing the trailblazers who are making more possible.”

The NHL is a longtime Beyond Sport partner and a Founding Supporter of the annual Beyond Sport United conference.