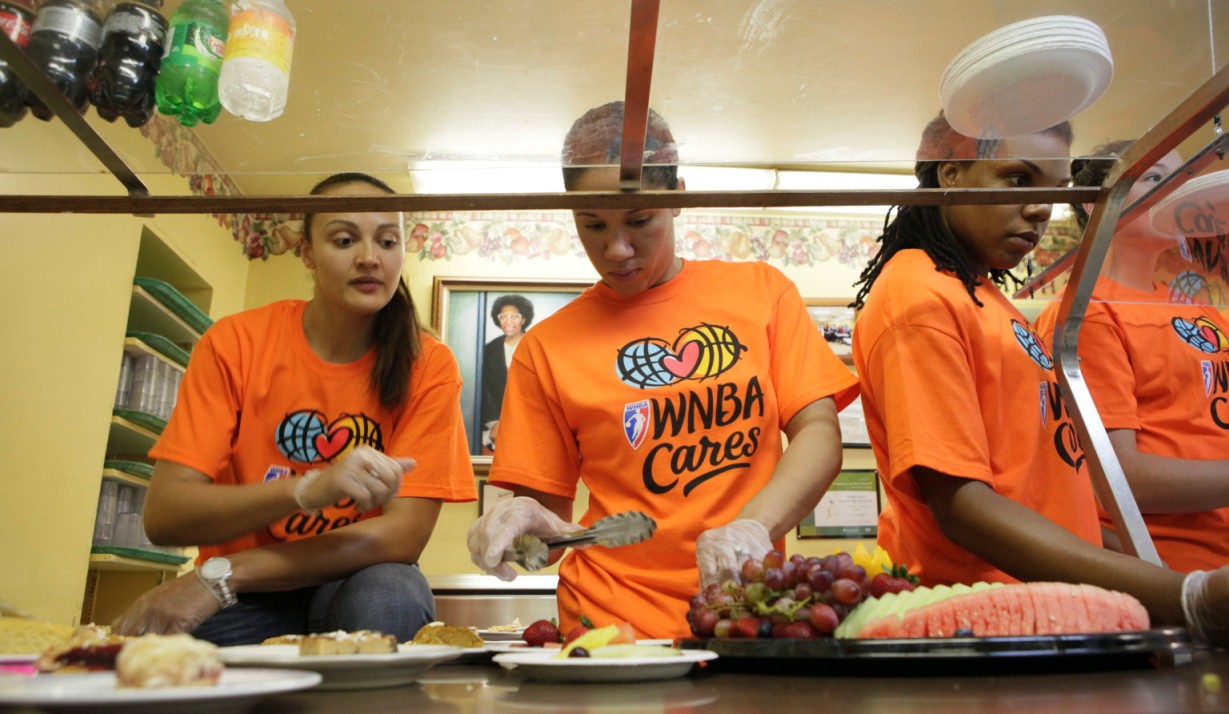 The WNBA will debut WNBA Summer Hoops to unity team initiatives and strengthen the connection between summertime and basketball.

This story is about National Basketball Association (NBA) and FIBA operating in United States and using Basketball as a tool for social change.
This project was shortlisted for Sport Federation or Governing Body of the Year.

Through WNBA Cares, the WNBA is deeply committed to creating programs that improve the quality of life for all people with a special emphasis on programs that inspire youth and families worldwide, promote health and wellness and education.

The WNBA will debut WNBA Summer Hoops, a program designed to unify league and team initiatives and strengthen the connection between the joy of summertime and the joy of basketball.

WNBA Summer Hoops tipped off with the signature WNBA Cares Week that began on the 9th of May. WNBA teams will incorporate WNBA Summer Hoops and outdoor activities into their events, showcasing their commitment to the communities in which they live, learn and play, and building excitement for the summer season. As part of WNBA Summer Hoops, Operation Orange will launch in multiple WNBA markets.

Teams will be taking over outdoor basketball courts in public areas during WNBA Tip-Off presented by Boost Mobile between May 16 and May 26. The “takeovers” will include transforming courts into everything orange including the nets, and stencilling courts and surrounding pavement with the WNBA logo.

All participants including team members, local personalities, group leaders, youth organizations and fans of all ages will participate in the cleanup using orange work gloves and orange garbage bags.

WNBA Summer Hoops will also tap into summer holidays such as celebrating WNBA Dads & Daughters around Father’s Day in June, honoring military members around Memorial Day as well as the Fourth of July with WNBA Hoops For Troops. In addition, the WNBA encourages fans to turn the summer solstice on June 21 into a celebration by enjoying the longest day of basketball.

A schedule of select Summer Hoops activities are listed here

Bringing together newcomers through the power of soccer

This story is about the organisation Soccer Without Borders in United States using Football (Soccer).