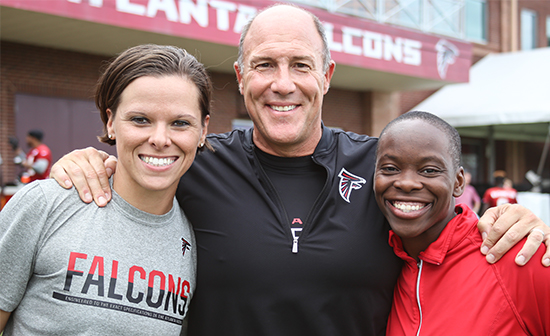 NEW FUND TO SUPPORT WOMEN IN COACHING AND SCOUTING ROLES

On Wednesday, the Women’s Sports Foundation (WSF) and Atlanta Falcons Assistant General Manager Scott Pioli announced the Scott Pioli & Family Fund for Women Football Coaches and Scouts. The endowed fund supports the development, education and training of aspiring female football coaches and scouts who are pursuing careers in collegiate or professional football in the United States.

Currently in his 27th season with the National Football League (NFL) and sixth year with the Falcons, Scott Pioli has served as a mentor for women within the industry; he joined the Women’s Sports Foundation Board of Trustees in the fall of 2018.

“Our endowment fund will ensure that women enter the leadership pipeline in football,” said Pioli. “My family and I chose to partner with the Women’s Sports Foundation on this new initiative because of its commitment to equality and expertise in closing the gender gap, and we were inspired by Billie Jean King’s vision to see women and men advancing together in all areas of sports.”

Women have made great strides on the gridiron in recent years, from high school varsity head coach Natalie Randolph to the NFL’s director of football development, Samantha Rapoport, and the league’s female coaches including Kathryn Smith, Katie Sowers and Jen Welter.

There is also an upward trend in the number of girls’ flag football programs in middle and high schools around the country.

“The Foundation is excited to partner with the Pioli family to strengthen and expand career paths for women in sports,” expressed WSF CEO Deborah Antoine. “We believe the Scott Pioli & Family Fund for Women Football Coaches and Scouts will help women continue to shatter glass ceilings in football and lead them to enter new territory in the sports world.” 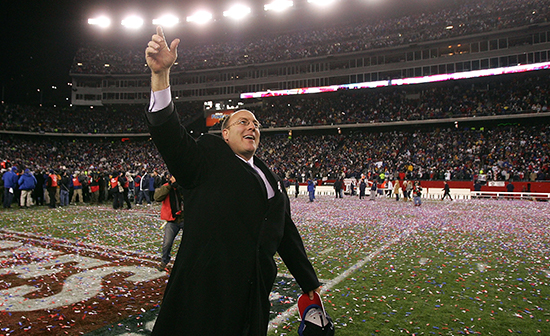 The fund is now accepting applications and will award its first grant this year. The selection committee is comprised of an esteemed group of female coaches and scouts in the industry who have competed in elite athletics, including offensive assistant coach for the San Francisco 49ers, Katie Sowers, and two-time USA Women’s Football National Team member and Co-Founder of the Women’s National Football Conference (WNFC) Odessa Jenkins.