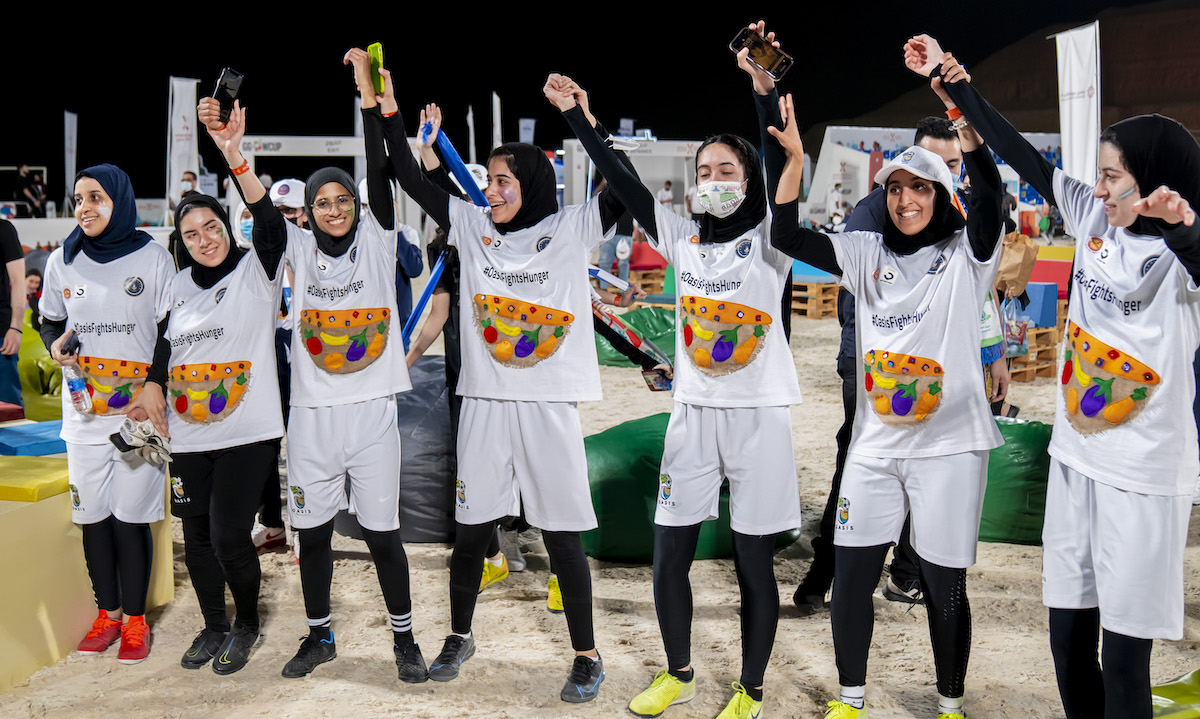 The first-ever Global Goals World Cup (GGWCUP) Saudi Arabia took place last weekend in Diriyah, with 26 all-female teams advocating for social and environmental sustainability. Team Kafo, players from the Meraas women’s soccer team, claimed victory and will now represent Saudi Arabia at the GGWCUP final in Iceland this November. They are part of the MENA GGWCUP tour where 70 all-women teams will be playing, reaching 1.1 million people with their visions for the future.

The event was hosted by the Saudi Sports for All Federation (SFA) and was the second stop in the MENA region. The first tournament was held in Amman, Jordan in May 2021. Since 2015, GGWCUP - 2018 Beyond Sport Global Award shortlisters and long-time partners - have invited women around the world to use sport and the 17 UN Sustainable Development Goals (SDGs) to make a positive impact in their communities.

GGWCUP is a revolutionary initiative, merging activism with football in a global tournament series for women. Over its six years, 5700 women have played in tournaments across Copenhagen, Nairobi, New York, Bangkok and Dubai. Raising awareness and taking action for the UN Global Goals and reaching hundreds of millions with the message that women are powerful agents of change, and in the process creating a new community active female role models.

Over the past nine months, teams from across the Kingdom have been campaigning for and educating people about their chosen global goal, hosting community events, talks and awareness programs. The event in Diriyah was the culmination of these efforts. 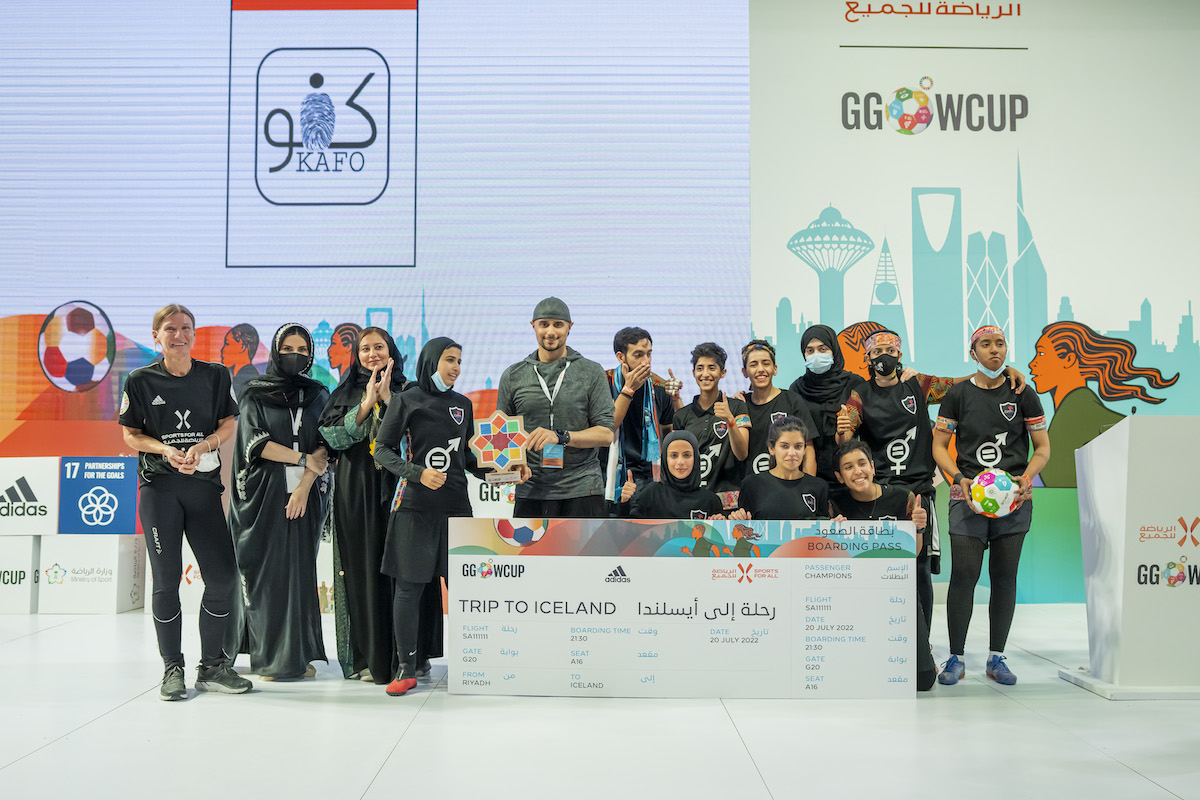 “I congratulate all of the 26 teams for having the drive and conviction to take part in the first GGWCUP Saudi Arabia, and for all of their individual contributions to the success of this event championing the UN Sustainable Development Goals,” said HRH Prince Khaled bin Alwaleed bin Talal Al Saud, President of the SFA.

“The determination the competitors have shown not just today, but since the beginning of the GGWCUP is admirable, and they have set an example for us all on being people that can positively impact their local communities with a global ideal. Special congratulations to Kafo, who will be making us proud as they go on to represent Saudi Arabia on the international stage."

The 2019 GGWCUP in New York City saw the first Saudi Arabia team make the finals, where the SFA-founded Saudi Greens took second place. It was also the first time a female sports team from the Kingdom had ever competed in the US, showing progress of the nation's views on women’s football.

Since then, the SFA has introduced several sports initiatives for women, such as the Women’s Football League and a virtual Women’s Fitness Festival.

“Over the past couple years, we have worked hard to ensure sport and active opportunities are available to women across the Kingdom, and the success of these all-female teams and the event itself highlights the great strides we have made together,” said Shaima Saleh Al-Husseini, Managing Director of the SFA.

GGWCUP Saudi Arabia is another example of the SFA’s ongoing commitment to increasing participation in sport. The SFA is mandated by Vision 2030’s Quality of Life Program to increase the ratio of people in Saudi Arabia exercising at least once a week to 40% by 2030.

The final stop in the MENA region will be in Morocco later this year in partnership with the local organization World Merit. World Merit Morocco is a charity that offers rewards and opportunities in exchange for the members taking action toward social issues.

The ultimate goal of the MENA GGWCUP tour is to close the global ‘Play Gap’ and create positive role models in communities including shifting the perception of women in sport and leadership roles.