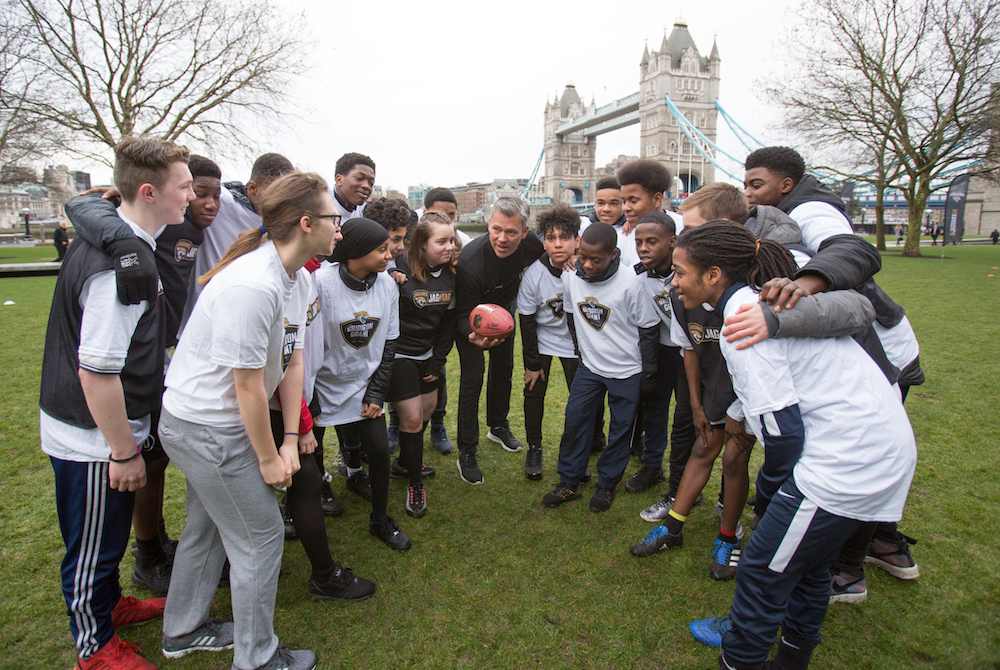 Jacksonville Jaguars open applications for university scholarships in the UK

The Jacksonville Jaguars, the UK’s home NFL team, have created a new opportunity offering a university scholarship to two students graduating from the specialist Jaguars JagTag program, or who are involved in American football in their community.

Called the Gridiron Grant, the latest program is part of a commitment from the team to collaborate on community projects with the aim of generating a positive impact on the sporting community in the UK through a range of American football related activities.

After completing their best season since 1999, reaching the AFC Championship Game earlier this month, the Jacksonville Jaguars with wealth management firm LGT Vestra US kicked off the Gridiron Grant initiative with a training session held by former Jacksonville Jaguars quarterback and Super Bowl winner, Mark Brunell.

Students interested in the scholarship opportunity have until 20th April to apply for the Gridiron Grant, at which point a panel of experts will select the recipients based on a range of criteria such as academic achievement, participation in American football, commitment to the community and a demonstration of personal endeavour.

The inaugural winners of the Gridiron Grant will be announced later this year following the completion of the academic year. Once at university, students will also be provided with a fully integrated mentoring process to aid with stress and time management and support required to help them graduate.

This announcement follows the first commitment from the Jaguars and LGT Vestra US, which previously introduced the Reward Rows initiative that saw more than 500 children who had completed the program earn the chance to go to Wembley to watch the Jaguars v Ravens in September last year.

Senior vice president, international development for the Jacksonville Jaguars, Hussain Naqi said: “The Gridiron Grant scholarship programme sits within a range of initiatives we have created to engage and inspire young people in the UK, particularly through participation in sport.  We’re delighted that we could work with LGT Vestra US to bring this unique offering to the UK which will allow us to engage even more young people every year, and give the chance of a lifetime for two outstanding students to be put through university.”

Paul Nixon, CEO LGT Vestra US added: “We’re extremely excited to announce the Gridiron Grant scholarship programme with the Jacksonville Jaguars. We look forward to announcing the inaugural winners of the grant later this year, and continuing to work with the Jacksonville Jaguars to engage more young people and develop grassroots American football.”