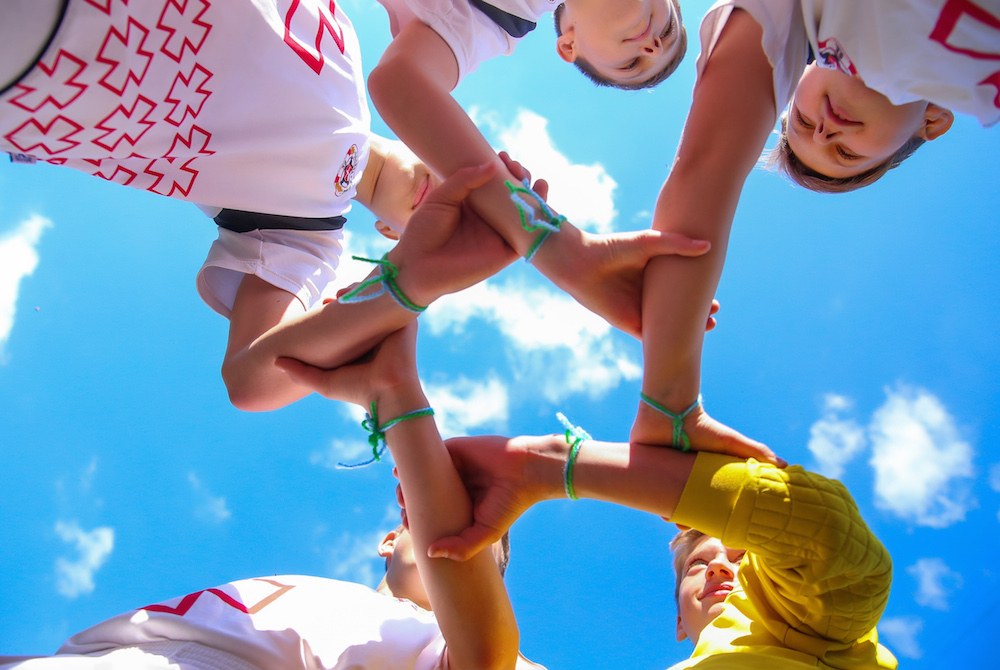 Milan hosted today the Fourth International Children's Forum as part of FOOTBALL FOR FRIENDSHIP, Gazprom’s large-scale social project. The project is aimed at developing youth football and fostering tolerance and respect toward different cultures and ethnicities. This year, the Forum brought together young football players from Africa, Asia, Europe, and South America.

The Forum’s participants met with Franz Beckenbauer, the Global Ambassador of the FOOTBALL FOR FRIENDSHIP project, FC Schalke 04’s midfielders Maximilian Meyer and Leon Goretzka, and Michel Salgado, UEFA Ambassador at the Forum. The guests received blue-and-green wristbands, which had become an international symbol of equality and respect thanks to the FOOTBALL FOR FRIENDSHIP project.

The Forum culminated with the awarding of the Nine Values Cup. This unique prize is presented annually to one of professional football clubs for outstanding achievements in social responsibility. Football fans from all over the world are involved in selecting the winner. Yet, the final decision is made by the FOOTBALL FOR FRIENDSHIP project’s participants through a vote. This year, the Cup was awarded to FC Bayern Munich. The FOOTBALL FOR FRIENDSHIP project’s participants commended the football club for its support of children with disabilities, its health care initiatives aimed at children in different countries, and its assistance to those in need.

The Forum concluded with the final match of the International Street Football Tournament for children. Slovenian FC Maribor took home the first prize. Participants and guests sang Larger Than Life, the project’s unofficial hymn. After the Forum all the participants traditionally visit the UEFA Champions League Final.

Over 200 journalists from the world’s leading media covered the Forum, as did young reporters from participating countries who worked at the International Children’s Press Center.

“Thirty-two countries are taking part in the FOOTBALL FOR FRIENDSHIP project. Among them are Syria and Turkey, Armenia and Azerbaijan. The number of participants is growing every year. It means that children value peace and friendship above all else, regardless of cultural and traditional differences. Not only do boys and girls learn to respect one another, but also they themselves become the champions of fundamental human values. The FOOTBALL FOR FRIENDSHIP project helps them achieve that. I am convinced that together we will make the world a better place,” said Alexey Miller, Chairman of the Gazprom Management Committee.

“For several years it has been my pleasure to support as global ambassador the FOOTBALL FOR FRIENDSHIP program, which is promoting key human values, important for wellbeing of any society. This is why now I’m especially glad to know that the award, which impersonates the F4F program, its goals and targets, is granted to Bayern Munich. Nine Values Cup is an appraisal made by the most open-minded audience, children. This makes the Cup especially valuable award for any club,” said Franz Beckenbauer.