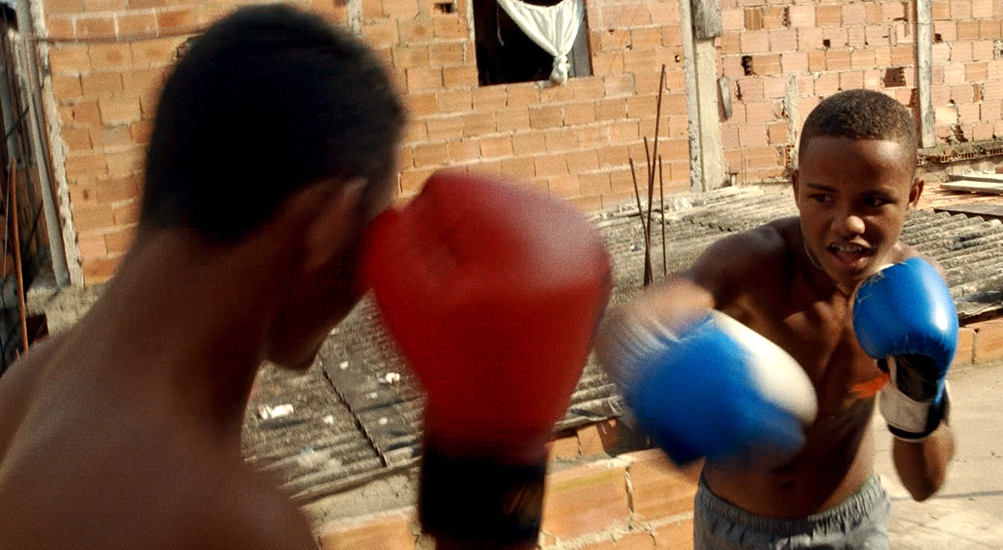 Fighting for Peace, produced by Red Rebel Films and co-produced by Madonna, was screened 16/11 in New York City. The feature film follows the lives of two young boxers, Sugar (15 years old) and Douglas (14 years old), who were born and raised in Rio de Janeiro’s Maré complex of favelas, and became boxers and members of Fight for Peace. The backdrop to their stories is the tough reality in a community suffering from violence, exclusion and social inequality. The film shows the individual difficulties the teenagers face, and how they overcome obstacles in pursuit of their dreams.

“The film is a perfect example of the reality of thousands of people who live in the favelas of Rio. It’s a very real depiction of what young people have to confront on a daily basis when living in communities like Maré. Our objective at Fight for Peace is to help them prepare to face these challenges and overcome them. We want them to be champions in the ring, but also champions in life”, explains Luke Dowdney, Fight for Peace’s Founder & Director.

For Douglas, the film is an opportunity for people to see that there is much more to the community than just violence. “It’s important that people know about the reality in Maré to show that it is not only violence that exists in the favela. There are many young people who, like me, have dreams and want to do good things in life”, says Douglas.

For Sugar, being the protagonist of an international film is a source of great pride, but he also hopes the film makes people reflect about the realities that he, Douglas and so many others live in. “I hope that people see that life has never been easy, especially when you are born in a family like mine, but that with perseverance and willpower, you can achieve your objectives. If you don’t have that strength, you will end up going down the wrong path”, reflects Sugar.

Fighting for Peace director, Joost van der Vaalk, reveals that despite the poverty and violence in the community, residents seem joyful and are extremely welcoming: “There is this particular pride and self confidence you encounter, unique to this part of the world if you ask me. The main characters – Douglas and Sugar, and especially their mothers – embody this for me.”