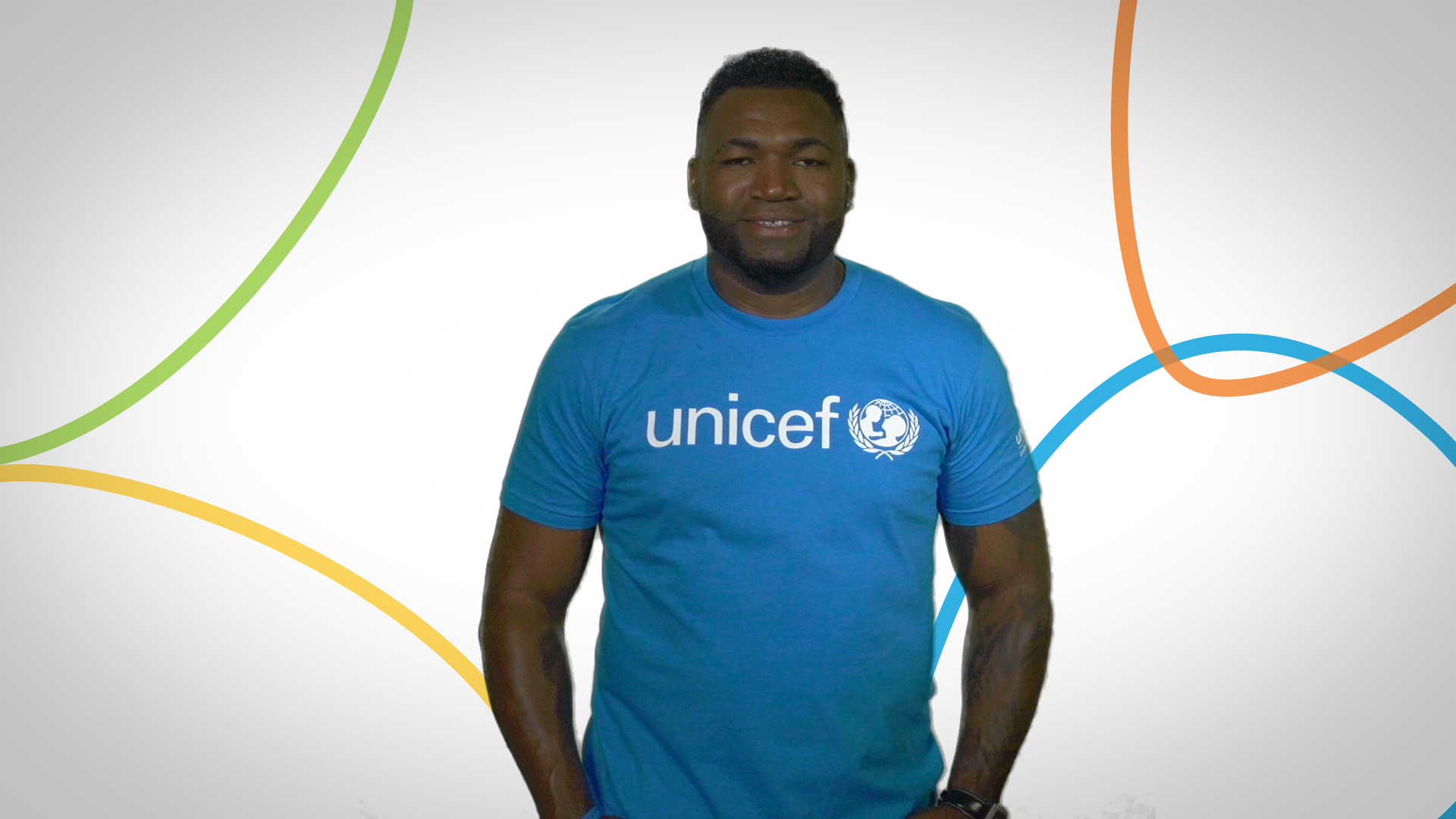 Hitting home runs this season has taken on a bigger meaning for Boston Red Sox superstar David Ortiz. The power hitting lefty is using his spotlight during his final season to support UNICEF Kid Power, which gives kids the power to get active and save the lives of malnourished children around the world.

Fans can pledge to donate for every home run Ortiz records this season by visiting Big Papi’s fundraising site here.

Ortiz and his wife, Tiffany, are long-time supporters of the U.S. Fund for UNICEF and UNICEF Kid Power. Ortiz was named a UNICEF Kid Power Champion in 2015 for his dedication and support of the programme.

“I’ve hit a lot of home runs in my career, but knowing that my runs this year will directly impact youth in my adopted hometown is a great feeling," said Ortiz. “The thing I love most about UNICEF Kid Power is that my entire family can get involved, get active together and save the lives of kids around the world in the process."

By supporting the campaign, fans can earn prizes such as two tickets to Ortiz’s final game at Fenway Park and autographed memorabilia. Proceeds from the campaign will benefit the U.S. Fund for UNICEF and UNICEF Kid Power in Boston.

“UNICEF Kid Power is an impactful education and global citizenship opportunity that allows our communities to be engaged and invested in local kids’ continued efforts to get active and save the lives of kids around the world,” said Matthew Bane, Managing Director, New England region, U.S. Fund for UNICEF. “This year, 11,000 kids on the UNICEF Kid Power Boston team took enough steps to walk the length of Fenway Park more than 7 million times – and every step they took brought us one step closer to ending global malnutrition.”

UNICEF Kid Power gives kids the power to save lives. By getting active with the UNICEF Kid Power Band, kids go on missions to learn about new cultures and earn points. Points unlock funding from partners, parents and fans, and funds are used by UNICEF to deliver lifesaving packets of therapeutic food to severely malnourished children around the world. The more kids move, the more points they earn, the more lives they save. People everywhere are joining the UNICEF Kid Power Team, working together to help end global malnutrition. To learn more, visit unicefkidpower.org.