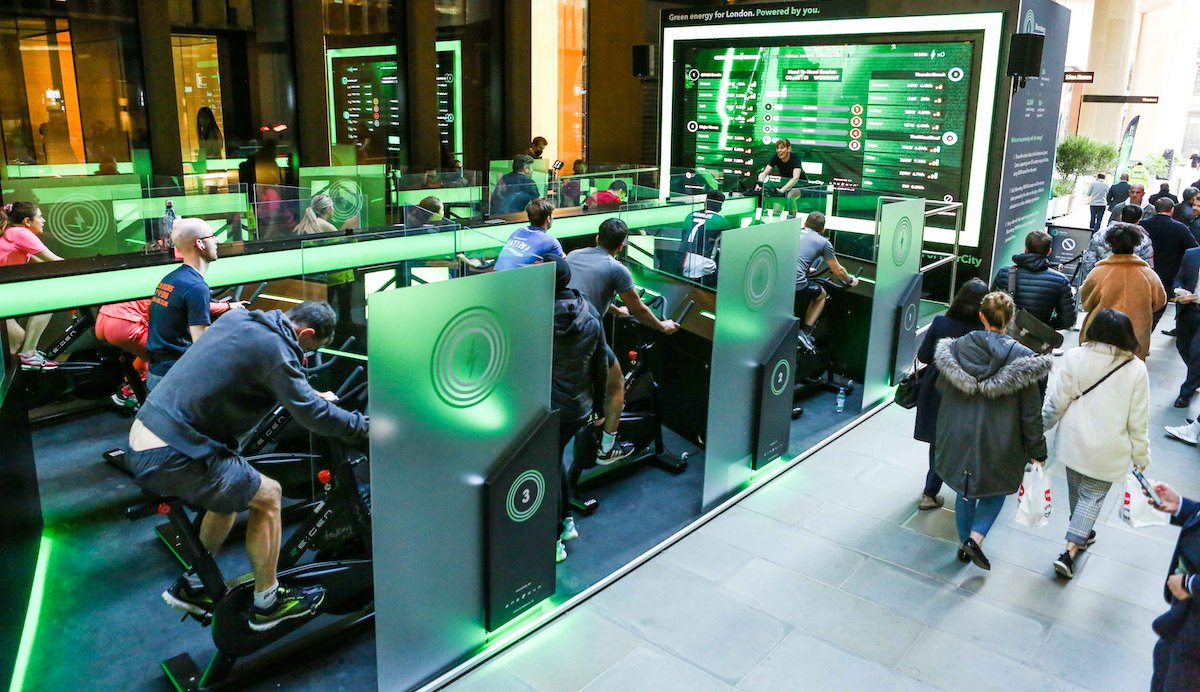 On November 17 and 18, Bloomberg Arcade in Central London became a hub for green energy creation, capture and storage with the launch of a new adrenaline-pumping cycling event, Bloomberg PWR Ride. PWR Ride was created by Square Mile Sport, organiser of the Bloomberg Square Mile Relay and Virtual Club, a global community platform that engages, motivates and rewards individuals through the power of physical and mental activity. The mission of this newest initiative is to bring to life the capacity for human ingenuity to tackle the worst effects of climate change.

Across the two days, more than 250 Bloomberg employees, clients and members of the public competed on 16 static Energym RE:GEN bikes to generate power. The 32kWh of energy accumulated was converted and stored in a huge battery that was used to power London-based charity and Bloomberg Corporate Philanthropy partner, Greenhouse Sports’ after-school clubs. Greenhouse Sports uses sports coaching and mentoring to empower young people who are facing disadvantages to help them unlock their full potential. This effort will help more than 150 young people receive high-quality coaching and guidance towards developing essential life skills.

The RE:GEN bike was developed by ground-breaking UK-based tech company and PWR Ride event partner, Energym. It is a first-of-its-kind static bike featuring a generator unit that transfers the energy input from a person’s workout into stored renewable electrical power.

During the pilot event, each participant was additionally supplied with a "Mini Ohm", a small battery pack that was pre-charged using the power from their PWR Ride session, which they took away to charge their personal devices.

“The climate emergency demands urgent action and we all have the power to make a difference,” said Alix Mills, Global Head of Event Marketing at Bloomberg. “With the Bloomberg PWR Ride, we hope to have demonstrated the impact that taking individual action and harnessing innovation can have on repairing our planet while giving back to our local community.” 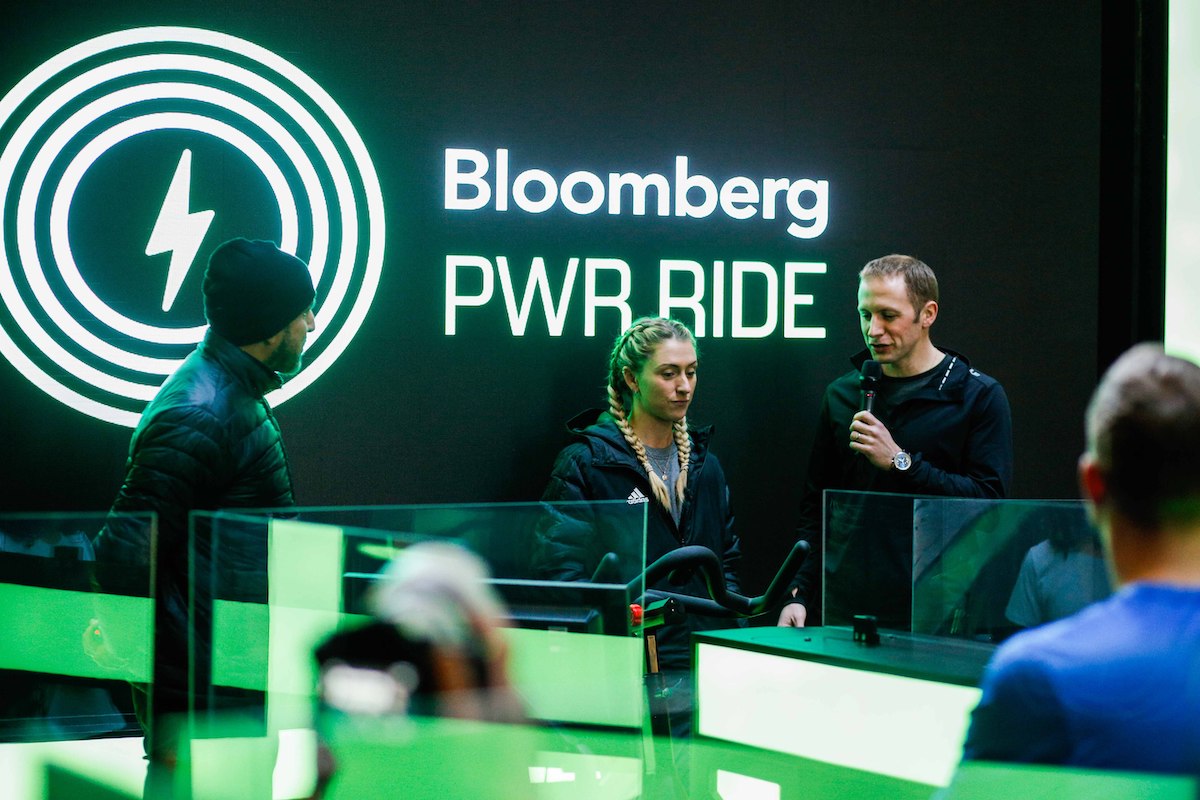 PWR Ride is part of Bloomberg’s ongoing commitment to tackle climate change and achieve net-zero carbon emissions by 2025. As part of this, Bloomberg and Square Mile Sport, with the help of our sister consultancy thinkBeyond, simultaneously launched the Race to Re-wild challenge on the Virtual Club platform.  Set to occur quarterly, the pilot event of a year-long challenge kicked off during the COP26 climate change conference in November and will run through to next year’s COP27 - all with the aim to offset carbon emissions by rewilding the planet by planting trees.

The Race to Re-wild challenge plans to encompass four parts with a goal to reforest an area the size of 40 football pitches and offset the equivalent annual carbon footprint of over 25,000 people. Bloomberg has pledged to plant one tree for every 50 points participants will earn as a result of their activity logged on the Virtual Club.

The first part of the proposed challenge took place from October 26 to November 25 focused on offsetting carbon emissions created by households. The challenge accumulated 700,573 points and with this Bloomberg will plant 14,002 trees. The Virtual Club will host a new Race to Re-wild event with a different focus every quarter throughout 2022 to bolster commitments made by world leaders to take action on climate.