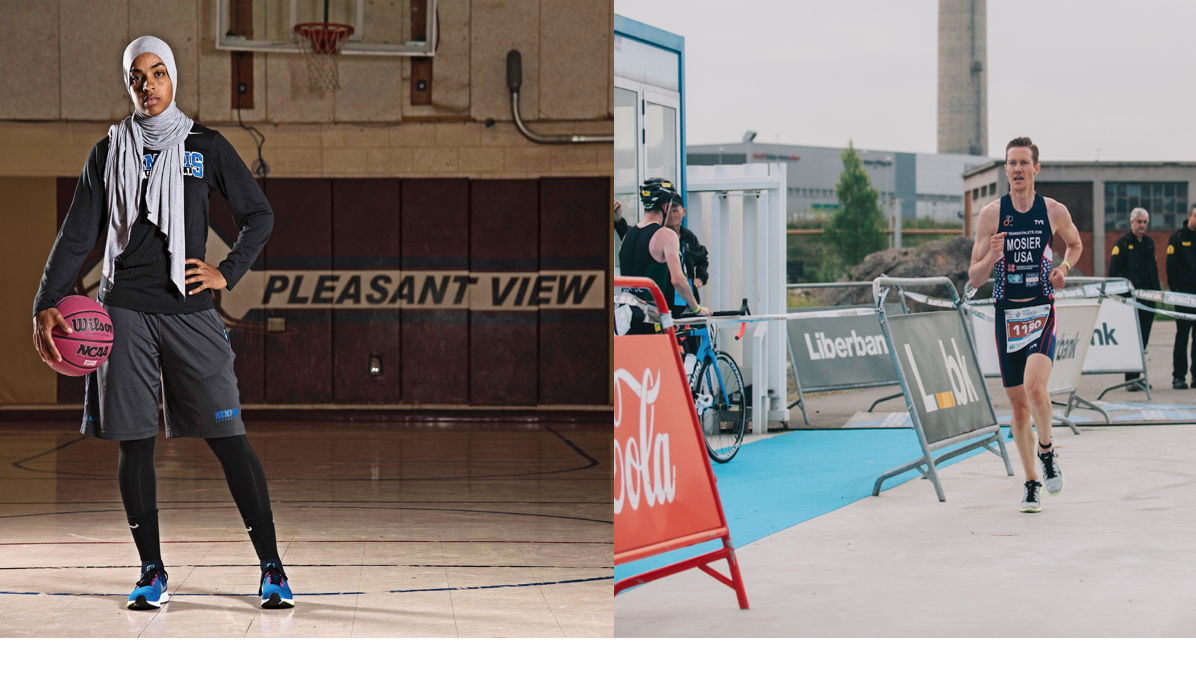 This week, Bilqis Abdul-Qaadir and Chris Mosier announced that they are to become Beyond Sport Ambassadors, making their commitment to sport's positive role in promoting social change, and acheiving the UN's Global Goals for Sustainable Development.

Our Global Ambassadors share Beyond Sport’s convictions about sport's global value, and because of this, they help to align with, and promote Beyond Sport's cause in their respective networks and industries.

We work with the Ambassadors to provide them with a voice in the global sport for social change community, and to leverage their positive influence to help advocate for issues that they feel passionate about.

Athlete activist Bilqis Abdul-Qaadir was presented with the Leadership in Sport Award at the 2017 Beyond Sport Global Awards in New York City, and subsequently spoke on panels at Beyond Sport United and Beyond Sport Mexico.

Bilqis is the first Muslim woman to play covered in collegiate basketball. She was however prevented from going pro due to a FIBA ruling preventing those wearing the hijab during play.

She advocated against the ruling, providing a voice for all those facing inequality and stood up for what she believed was the right thing to do, successfully overturning the ruling last year.

Bilqis started an online campaign called “Muslim Girls Hoop Too” to raise awareness for Muslim women in sports with emphasis on female basketball players. Through her campaign, she was invited to the White House for the Muslim Leaders Meeting as one of 15 representatives that met with President Obama and his senior officials.

Bilqis stands for UNSDG's 1 and 5.

Chris Mosier is an American transgender advocate, Team USA Triathlete & Duathlete and Vice President of Program Development and Community Relations for You Can Play. He spoke at Beyond Sport United in 2017, presenting a case study and inspirational talk on Taking the lead: Athlete Activism.

Chris is a trailblazing athlete, coach, and the founder of TransAthlete.com. In 2015, he became the first openly trans man to make a Men's US National Team. Following the national championship race, he was instrumental in getting the International Olympic Committee policy on transgender athletes changed, and in June 2016 he became the first trans athlete to compete in a world championship race under the new rules, where he was the second fastest American man in his group.

Jacksonville Jaguars open applications for university scholarships in the UK