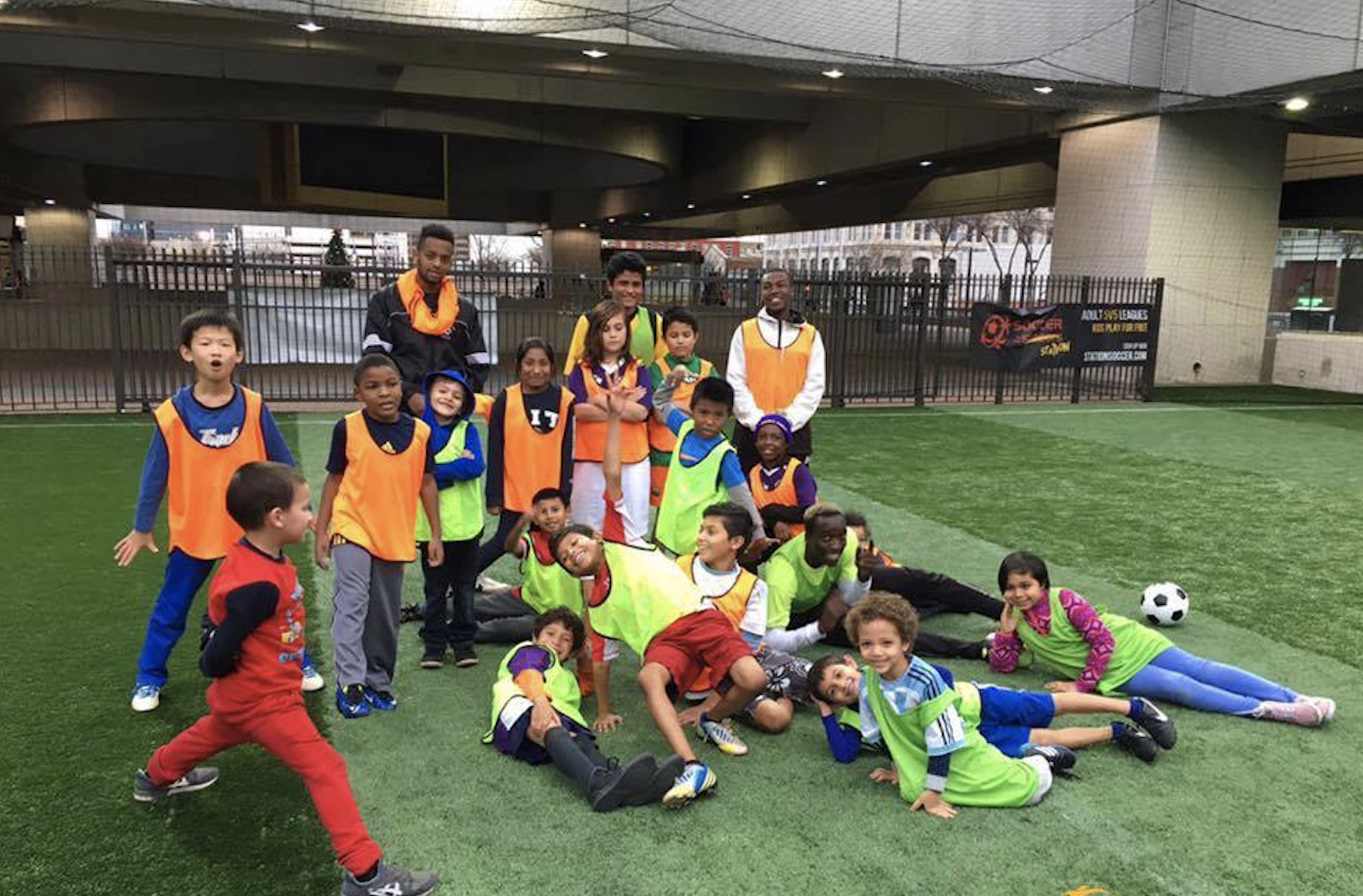 Beyond Sport Foundation Spotlight: Soccer in the Streets

With Beyond Sport United and the Global Awards now just under two months away, we’re taking a 10th anniversary look back at some of our past winners, and how they have progressed with the support of Beyond Sport and our Foundation.

We have been supporting organisations for many years that use sport to promote innovation and technology in their communities – United States-based Soccer in the Streets is one of those organizations.

Soccer in the Streets won our 2017 Sport for Innovation and Tech Award for their program, Station Soccer. The initiative uses a repurposed, unused space inside a major Atlanta transit station, providing the world’s first soccer field inside a train station. By building a soccer field at a main hub in the transit network, they are able to provide access to sport for many youth and adults that are not normally able to partake.

In the United States, soccer has grown to become mainly a white middle-class sport as lower income populations are often deterred from playing due to affordability and transportation barriers. By building these projects at transit hubs, they can provide greater access to the sport all whilst connecting communities.

Increased traffic and significant delays in car commuting in the region means most people cannot partake in sport after work. The field in the heart of the city provides an opportunity for adults to take public transit to work and include sport as part of their commute. These adult leagues then subsidize the free soccer sessions offered to the at-risk youth in the region. This sustainable social enterprise allows for their effective programming to continue without being entirely dependent on outside donors.

Soccer in the Streets collaborates with local partners, including the Atlanta school system to provide free youth soccer sessions for boys and girls of all ages after school and on weekends.

Thanks to the Beyond Sport Award, Soccer in the Streets and the Station Soccer project received global exposure and greater access to network opportunities. This increased platform allowed Soccer in the Streets to bring on partners like the City of Atlanta who see it as a valuable platform to showcase the city.

Soccer in the Streets is working on growth plans with local partners and will be making further announcements on expanded initiatives through it's Beyond Sport funding later in the year.

If the Global Goals are achieved, it would mean an end to extreme poverty, inequality and climate change by 2030. Beyond Sport believes that using sport is an effective and game-changing approach to make this happen.

From September 12 - 13, we’ll hold our 2018 Beyond Sport United and Global Awards in New York City. Join us to hear directly from more organizations who are using sport to drive social change in communities across the globe -- all with a special focus on youth engagement, leadership and social activism. We’ll be awarding over $350,000 to the most innovative projects using sports to address the UN SDGs, so don’t miss your chance to see who wins this year’s awards!

Make sure to secure your spot today!

An Interview with Beyond Sport Founder & President Nick Keller