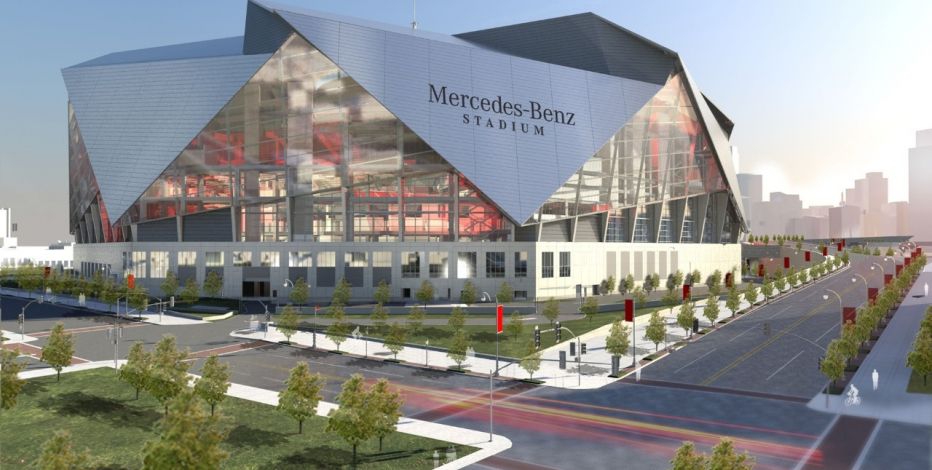 The Falcons will go green from next season with a new “home” - the recently completed Mercedes-Benz Stadium - featuring both state-of-the-art technology and environmentally friendly features, keeping with some of the latest trends in stadium construction and “go green” initiatives.

Those trends — specifically in the NFL — started 10-20 years ago with the Philadelphia Eagles, said Scott Jenkins, general manager of Mercedes-Benz Stadium and president and chairman of the Green Sports Alliance.

“It was the first comprehensive sports sustainability program of a professional team,” said Jenkins, who helped open the Eagles’ Lincoln Financial Field, and more recently worked as vice president of ballpark operations with the Seattle Mariners.

To date, nearly 400 sports teams — including most NFL teams, all NHL and MLB teams — and venues from 14 countries have joined the Green Sports Alliance, whose mission is to leverage “the cultural and market influence of sports to promote healthy, sustainable communities.”

“I think (sustainability) is going to continue to grow and become more of the norm, rather than the exception — and I think that’s already the case,” Jenkins said. “But when sports tries to tell that story, I think the cultural influence of sports can have a dramatic impact.”

Jenkins added that in addition to the enviro-friendly initiatives of individual teams, the league itself has continued to push environmentally friendly programs. In the weeks leading up to Sunday’s Big Game, the NFL dedicated various events to address the “impact of energy, waste and food.”

And many of Atlanta’s hometown fans will be pleased with the “greener” new stadium. According to a Falcons’ fan survey, which polled 2,000 season ticket holders, “66 percent of fans strongly agree or agree with the statement: ‘I think it is important for the Falcons to be environmentally friendly’ and only 4 percent of fans either somewhat disagree, disagree or strongly disagree with the statement.”

Though Jenkins said it was too early to predict a dollar amount for savings that may come from the stadium’s sustainable features, he explained that during his tenure with the Seattle Mariners the team saved “a couple hundreds of thousands.”

“If you’re looking at what it costs to sign a player, it’s not big money,” he said. “But, when you’re looking at an operating budget, you can save $300,000 a year and green your brand and create corporate partnerships around some of the initiatives you’re doing, you’re adding value to the team.”