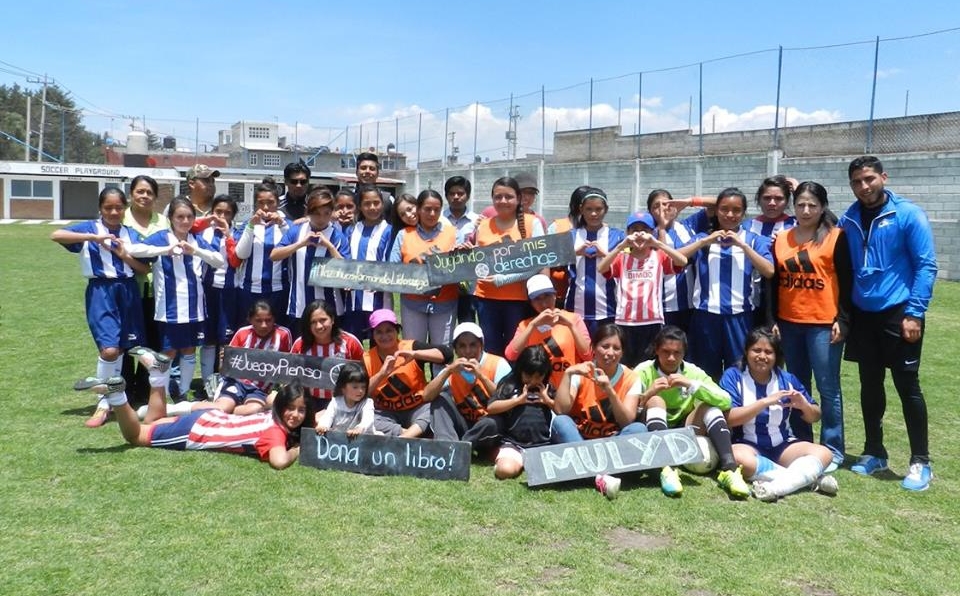 A Mexican NGO is on a mission to empower Indigenous women

Born out of the need to empower indigenous women living in Mexico’s poorest areas, Mujeres, Lucha Y Derechos Para Todas (Mulyd), a women’s rights not for profit, has found in football a tool to raise awareness of women’s rights and create new opportunities for girls.

After starting a revolution in her own community, Guadalupe García, Mulyd founder, took football to address the challenges faced by indigenous women, in particular Mazahua women, including poverty, violence, marginalisation and discrimination, lack of opportunities and poor education.

“I started to play football as an act of rebellion, my brothers saw it was something wrong, but to me it was empowering” said Guadalupe.

“We know that violence is very common in Mexico. However, the situation is worst when it comes to indigenous women. First because we are women, then because we are poor and third because we are indigenous. There is a lot of violence and sexism within the communities and this often leads to the death of many women.” said Guadalupe.

Through football sessions and workshops Guadalupe and Mulyd are helping Mazahua girls strengthen their leadership skills, increase the knowledge of their sexual and reproductive rights and increase the levels of awareness of gender-based violence and discrimination.

In only seven years, the multiplying effect of the project has seen its first three players receive bursaries to study and practice football at the highest level in Mexico, created new opportunities for girls, and took the NGO to new heights.

‘Playing for my rights’
Following the success of the football project ‘Playing for my rights’, a football tournament that gathered over 100 Mazahua girls to play and learn about the rights on the International Women’s Day, Mulyd took the global stage after winning the Cortemos La Violence prize (in English, Let’s cut violence down) as part of the celebrations of the International Day for the Elimination of Violence against Women, 25 November.

The short film ‘Playing for my rights’ tells the story of Mayerlim Medina, a Mazahua girl, that sees in football an opportunity for a better life in a conservative region where violence against women, child marriage and abuse still prevail.

The film was chosen amongst 70 applications from 16 Latin American countries and shows how football helps girls in processes of leadership within their communities. It was produced by the participants to fight sexism and discrimination against indigenous women.

The empowering work of the organisation continued in September, when the first Mazahua women referee officiated a match of a local tournament. To Guadalupe the next steps will include opening a football academy and a centre for women victim of domestic violence.