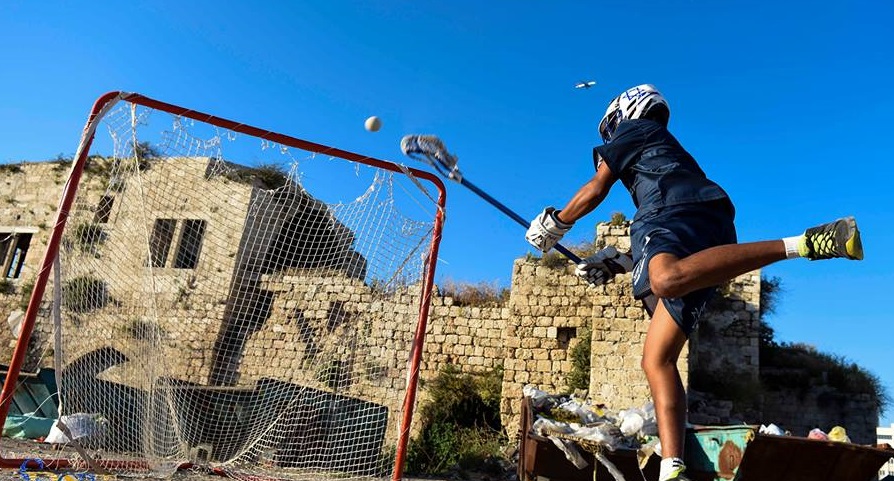 The Lacrosse Community are seizing the opportunity to build social impact into the foundation of the game.

Lacrosse, “The Fastest Game On Two Feet,” has grown quickly from 38 countries competing in the 2014 FIL Men’s World Lacrosse Championships to upwards of 50 countries preparing to compete in the World Championships in Israel summer 2018. The international growth mirrors the growth of the game throughout North America.

An ancient game originating from the Native Americans, called the “Creator’s Game,” lacrosse is the newest sport to be played in Europe, Africa, Asia, and the Middle East. A passionate lacrosse community, socially-conscious and inspired by the Native American origin story of lacrosse being “medicine” meant to the heal the world, is dedicated to the growth of the game, using the sport to build community and drive social change.

Lacrosse benefits from developing in an age where we as sports players, educators, coaches, and administrators understand the power of sport to positively impact the world on and off the field. Lacrosse can and is learning from sports-based youth development experts, social impact leaders, and organizations such as Beyond Sport which promote, support, and provide a network of sports for good projects. Lacrosse is utilizing this knowledge, and these partnerships, to build social impact into the very foundation of our game from the first time a kid picks up a stick all the way to the World Championship.

Israel, the host country of the upcoming World Championships in July 2018, was chosen to host the biggest event in the history of the sport because of how quickly the youth, Premier, and National Teams have developed. The fact that the Federation of International Lacrosse (FIL) is selecting countries based on the development and growth potential of the sport as opposed to selecting countries with large existing fan bases already shows lacrosse is on the right path. Founded in 2011, Israel Lacrosse has made social good a core pillar of its growth strategy in the country from the get go, and is applying the same principle to the upcoming World Championship.

Access to proper sporting equipment is an obstacle to making sport accessible to youth of all economic backgrounds. For lacrosse, a sport which requires a stick, ball, gloves, helmet, and pads, the obstacle appears even greater. The Israel Lacrosse Association is teaming up with Leveling The Playing Field to collect second-hand lacrosse equipment in North America and bringing it over to Israel with fans coming for the World Championship. Since 2011, Leveling The Playing Field has collected and donated over 1.5 million dollars in equipment.

Equipment donation drives will take place throughout North America at Israel National Team Exhibition games, and at the the Lacrosse Final Four. Lacrosse is using the World Championship of its sport to motivate players and fans at the grassroots level to donate equipment rather than money, and give them the opportunity to volunteer and bring a bag of donated equipment to Israel. This is comparable to having every fan attending the Super Bowl bringing with them a donated bag of used football equipment to donate to kids without the means to get it themselves. In Israel the donated equipment will be distributed among the newest countries competing at the Championships like Latvia, Greece, and the Philippines, for them to take back with them to start youth programs and continue to develop the sport.

The founders of Israel Lacrosse deeply understand the impact that elite athletes can have as role models. Since 2013 Israel Lacrosse has partnered with the Sticks For Kids program which utilizes the status and influence of National Team, Premier, and high school players to use lacrosse to teach youth at risk life skills. Like many of the best sports-based youth development programs Sticks for Kids partners with local municipalities to identify at-risk youth and uses a sports curriculum to teach leadership, positive communication, goal setting, and teamwork. At the 2018 World Championships each national team will hold a lacrosse clinic for at-risk youth in and around the Central-Israeli city of Netanya. Afterwards, the kids will then have the opportunity to come and cheer on their new heroes on the field. According to Rachel Colburn, Director of The Kids Connect Network, “The project is a win-win, as it provides a spark for our local Sticks For Kids participants, as well as inspiring new National Teams players, coaches, and administrators to take this program back with them to their countries.”

As a newcomer in the Israeli sport landscape, lacrosse is able to transcend the biases or conflicts that occur with existing sports in the country, providing an even footing to bring communities together. Together with the US Embassy to Israel and the Peres Center For Peace, the Israel Lacrosse Association has organized Jewish and Arab youth coexistence clinics run by National Team players. It was Plato who said that, “you can learn more about someone in an hour of play, then in a year of conversation.” Lacrosse strives to utilize the philosophy of the Arbinger Institute and teach players to see people as people and not as objects, pushing away feelings of better than and worse than. Countries from around the world will experience first hand how lacrosse can truly be used as “Medicine” to bridge divided communities.

While still in the ‘growth’ stage of its lifecycle, lacrosse is building off of an origin story of a game here to heal the world, harnessing the passion of players to “grow the game,” and create a foundation and expectation for new National Lacrosse Programs and individual lacrosse players, coaches, administrators, and fans to use our sport to drive social change.

COO of Israel Lacrosse David Lasday’s passion for sports-based youth development was sparked by PeacePlayers International, and only grew through his establishment and work with Hoops For Kids International and Global Game Changers.